Woman in the Waves 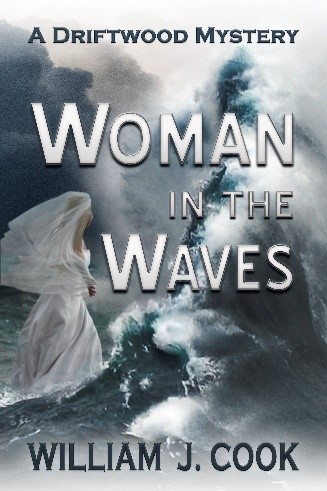 The Woman in the Waves is the story of a widowed psychology professor who uncovers a nexus of murder and deceit at the university where he teaches.

Peter Bristol sees a woman in a bridal gown swept out to sea. He embarks on a mission to discover who she was and how she got there. This leads him to discover that his colleague has murdered the dean of the biology department and is embroiled in other nefarious activity.


A battle of wits ensues between the murderer and Bristol, leading to the villain's apprehension in a suspenseful confrontation.

The coastal town of Driftwood, Oregon.

Woman in the Waves tells the story of a university professor who embarks on a quest to learn the identity of a woman he sees swept away in the surf. As he does so, he discovers that his school has been infiltrated by the Russian mob, and a colleague has murdered the dean of his department. The story is set in the present day on the Oregon coast. The environment plays an important role in the story—the Pacific Ocean, the forests of Douglas firs, the rains of winter, the Native American residents. University life, as well as small-town police work, figure strongly in the plot, which has a satisfying number of twists. The characters are engaging and draw the reader (and hopefully, the watcher) into the story. How it will play out is never certain, and the suspense maintains a high level of interest. The style is sharp and modern, with frequent reflections on our troubled times. It paints an in-depth portrait of life in the Pacific Northwest. The book has received four five-star reviews on Amazon, with quotes like, “Riveting novel…the small town feel is in sharp contrast to the cold-blooded mayhem surging through its veins” and “sweeps the reader up like a wave crashing to the shore.”

William J. Cook is a Connecticut native transplanted to Oregon in 1989. He is a graduate of the State University of New York at Albany, where he received a Master’s Degree in Social Work. Years of study in two Catholic seminaries and a long career as a mental health therapist have shaped (or warped!) his world view. He is the author of the literary novel Songs for the Journey Home, The Pieta in Ordinary Time and Other Stories, Catch of the Day, another collection of short stories, and The Driftwood Mysteries, including the novel, Seal of Secrets, the short story, Eye of Newt, and the novel, Woman in the Waves.