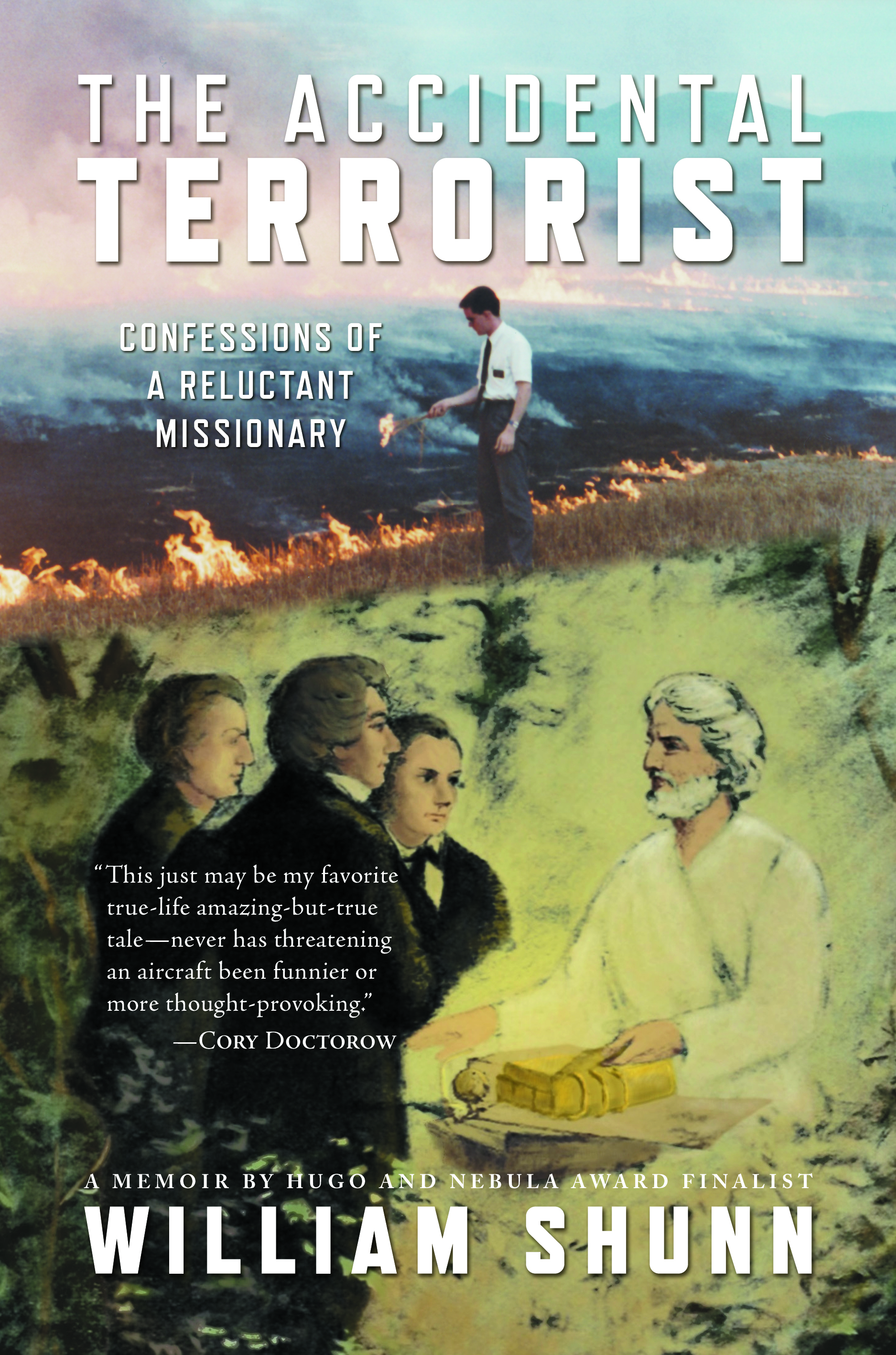 Bill, a disillusioned Mormon missionary in Canada, makes a run for the border and home. The Church catches him and strong-arms him into resuming his mission. When a newer missionary then tries to run away, Bill feels he has no option but to stop him ... by phoning in a bomb threat.

Pressured by his Mormon family, 19-year-old Bill embarks on a two-year mission to Canada. After weeks of fruitless knocking on doors, he's had enough, and he hops a bus out of town. Church leaders intercept him in Montana and convince him to give the mission another try.


In Calgary, thinking it his duty, Bill makes a false bomb threat to keep a younger missionary from running away. His arrest makes him an inadvertent folk hero to the locals. After a short jail term Bill thinks he'll finally get sent home, but the Church reassigns him to Idaho instead.

Bill, 19, is a college student whose Mormon father pressures him to become a missionary. His true desire is to finish college, write science fiction novels and spend time with his girlfriend. But Bill has deferred to authority all his life, so he reluctantly accepts an assignment to proselytize in Canada. In Alberta a foul-mouthed but friendly missionary named Elder Fowler shows Bill the ropes, training him to knock on doors and preach without being too big a jerk. Still, Bill can’t help fantasizing about getting himself sent home early. Bill's homesickness only grows when Fowler's own mission ends. The Church sends as replacement a slacker named Elder Dedman, who spends all his time playing arcade games and pranking Bill. At the end of his rope, Bill sneaks out one night to catch a bus homeward. The Church puts out an APB. After dodging pursuers at the border, Bill is intercepted by a bishop in Great Falls, Montana, who convinces him to go back. In Calgary, the mission president welcomes Bill with open arms but hints that Dedman is being punished for letting him run away. In Calgary Bill tries to start afresh, but soon a younger missionary, Elder Finn, tries to enlist his help in running away. Unable to dissuade Finn, Bill phones in a bomb threat to stop his plane. Bill’s arrest and trial make him into an inadvertent folk hero. After his one-day jail sentence, Bill is sure he'll finally be sent home. Instead the Church reassigns him to Idaho, a fate worse than death.

William Shunn is author of the acclaimed 2015 memoir THE ACCIDENTAL TERRORIST, which tells the story of his misadventures and eventual arrest while serving as a conflicted Mormon missionary in Canada in the mid-'80s. Since his first short fiction publication in 1993, his stories have appeared in Salon, Asimov's Science Fiction, The Magazine of Fantasy & Science Fiction, Science Fiction Age, Realms of Fantasy, Electric Velocipede, Storyteller, Bloodstone Review, Newtown Literary, and various anthologies, including year's-best collections. His work has been shortlisted for the Hugo Award, the Nebula Award (twice), and the Theodore Sturgeon Memorial Award. On September 11, 2001, he created the first online "survivor registry," where New Yorkers without phone service could let loved ones know they were safe. He has worked companies as diverse as Sesame Workshop, WordPerfect Corporation, and the National Council on Aging. He lives in New York City, and sometime publishes under the name Perry Slaughter.