Surf and Sand, the Girl in the Seaside Hotel 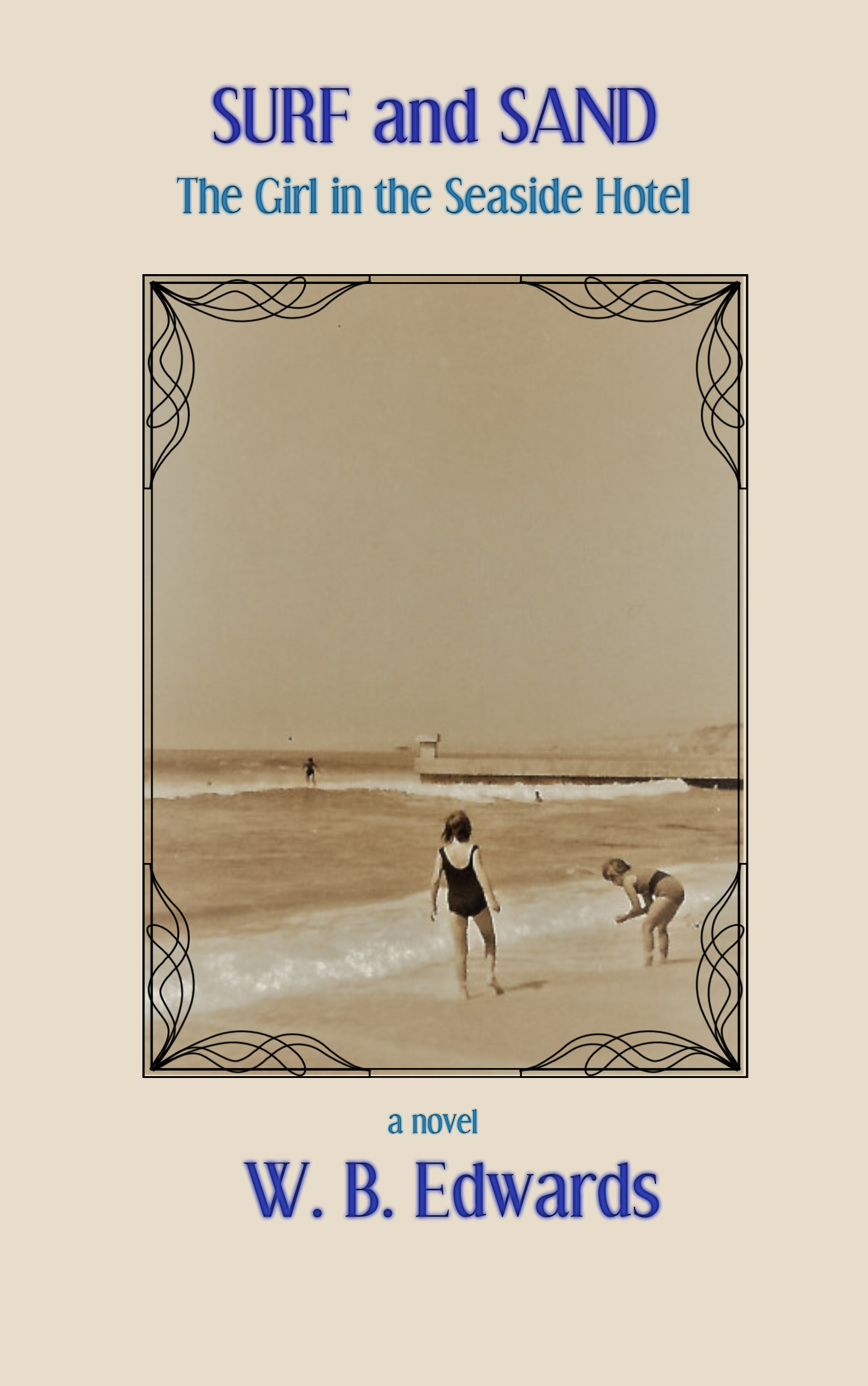 Both a coming-of-age story and a double mystery, an 11-year-old girl and her 14-year-old brother have adventures during the summer of 1959 in California. Set in a formerly grand hotel, the story also takes the reader back to an even earlier time: 1938 and the night an aspiring actress vanishes.

An 11-year-old girl becomes determined to solve a 21-year-old mystery that occurred in the hotel where she lives with her mother and older brother.


The girl ultimately solves two mysteries when she finds an old passageway.

From the jazzy ballroom and Hollywood back lot scenes set in the late '30s, to the Kodak color beach scenes of 1959, my book cries out to be filmed! Then there are dear characters, primarily plucky young Nell, who along with her brother Lonnie become involved in solving two mysteries, one of which is decades old. I believe my book has all the right elements for a successful film or television adaptation, and I sincerely hope it catches someone's imagination!.

Veteran, motorcycle enthusiast, surfer, Taiji practitioner, dreamer. Now an Indie author with two novels published, and working on a third, Mr. Edwards has embraced his passion for writing, fulfilling his lifelong ambition to be a published author. He studied English and Creative Writing in the '60s at Rio Hondo College in Whittier, CA under William Burns. After serving in the Navy during the Vietnam War, he resumed his studies at Mesa College in San Diego, and was a member of The Professional Writers Workshop of San Diego under such luminaries as Chet Cunningham.

Mary Nell, an 11-year-old girl who lives in a hotel with her mother and brother, becomes obsessed with the mystery of a young actress who had disappeared from that hotel 21 years earlier. The disappearance of another young girl in the same hotel makes the police connect both crimes. Nell will help the detective Harold to solve the mystery.

It does, but the logline could be improved. A suggestion: Two girls vanish from a hotel the exact same way, twenty years apart. An 11-year-old girl helps the police to find and connect the pieces of this puzzle, solving the mysteries that link both crimes.

The vibe of the story: The scenario is Manhattan Beach, in 1959. The story happens in a beach hotel that looks a little decadent, but still majestic. We also have glimpses of the same hotel in its period of glory, in 1938. It looks like the perfect scenario for a crime and for an investigation.

Some actions are repetitive, such as the kids being afraid of moving to a place far from the beach. The fact that three women keep talking about a dress, that seems to have any connection to the crime, and in the end, it doesn't change anything.

The Californian vibe; the mix of crime + Hollywood in the 30s; the family drama that brings the emotional conflict to the story.

I don't see a large fanbase.

If the story spends more time presenting the decline of the golden age (by contrast, through flashbacks of fancy Hollywood parties in 1938, and the decadent beach hotel in 1959) and increasing the family drama in which the mother has to take care of her kids by herself, I could see Awards potential here. The relation between the detective and Mary Nell could also be improved to something more unique and sentimental.

THE NICE GUYS - A LITTLE GIRL HELPS THE POLICE TO INVESTIGATE A CRIME. THE BLACK DAHLIA - A DETECTIVE BECOMES OBSESSED WITH A CRIME INVOLVING AN ASPIRING ACTRESS

The fact that the protagonist of a crime-mystery-drama story is an 11-year-old girl seems unique. I like the fact that she involves herself in the investigation, but I believe she could have a better reason for that, something more intense.

The characters, in general, are well built. They have backstories, and we get to know them better. They have defined internal conflicts. The protagonist is a lovely little girl that is able to show her personality and her confidence.

Not a rare gem, but it can be improved. I believe both crimes could be connected more smartly, in a kind of spiderweb that could be unveiled little by little. I also believe that the revelations start to be presented too late in the story. The police don't have much idea about what has happened until the very end.

I'd consider the story because it has the potential for an entertaining crime/suspense film. The author does a good job describing the universe, the characters, the backstories, giving the adaptation a more complete look, closer to the source material. He also provides small details that make the characters juicier, which could improve their overall development. The family drama is there, and it's relevant. A father that has to live far from his family because of his work, and a mother that has to deal with it by taking care of her kids by herself. How this family functions, and the way the kids face this "model" can be the base for an interesting drama. The scenario where the investigation takes place is exciting: a decadent beach hotel that was once a fancy place for Hollywood parties during the golden age. The story has potential, but it still needs improvements. The choice of having a Nancy Drew-type girl as the protagonist of a suspense film sounds intriguing. I just think that the girl needed better reasons to be involved in that "mission". Something more intense, more necessary that would make us think "yes, she has to investigate." Also, I believe that her relationship with the detective could be further explored, and become more unique. I felt a little bit confused by the different genres the story embraces. Sometimes it reads like a family drama, sometimes like a coming of age/young adult film with romantic features, then it goes to a crime/suspense direction, then we remember an investigation is in course. I believe it could be more focused. Family drama as internal conflict + suspense/investigation as the external conflict would be a better fit. The tension that precedes the climax could be increased. The protagonist finds the missing girl in an old passageway, but the situation that could lead to a dramatic sequence simply ends too soon. Mary Nell and the missing girl are discovered in a few minutes, and it cuts all the suspense we were waiting for. We should find out who the villain is along with Nell, but he never shows up during the climax. We just know who the villain is because the police tell us. It doesn't have the same impact. Some choices, like the use of a dress (that doesn't change anything in the story) as a clue, seem irrelevant. The investigation could follow the steps of 'Knives Out', in which little by little we discover details of the crime while being constantly fooled by fake information, and we only get to know the truth in the very end. It would feel much more engaging this way. I believe the story has potential, but it also needs improvements in terms of genre and actions to make it more appealing.