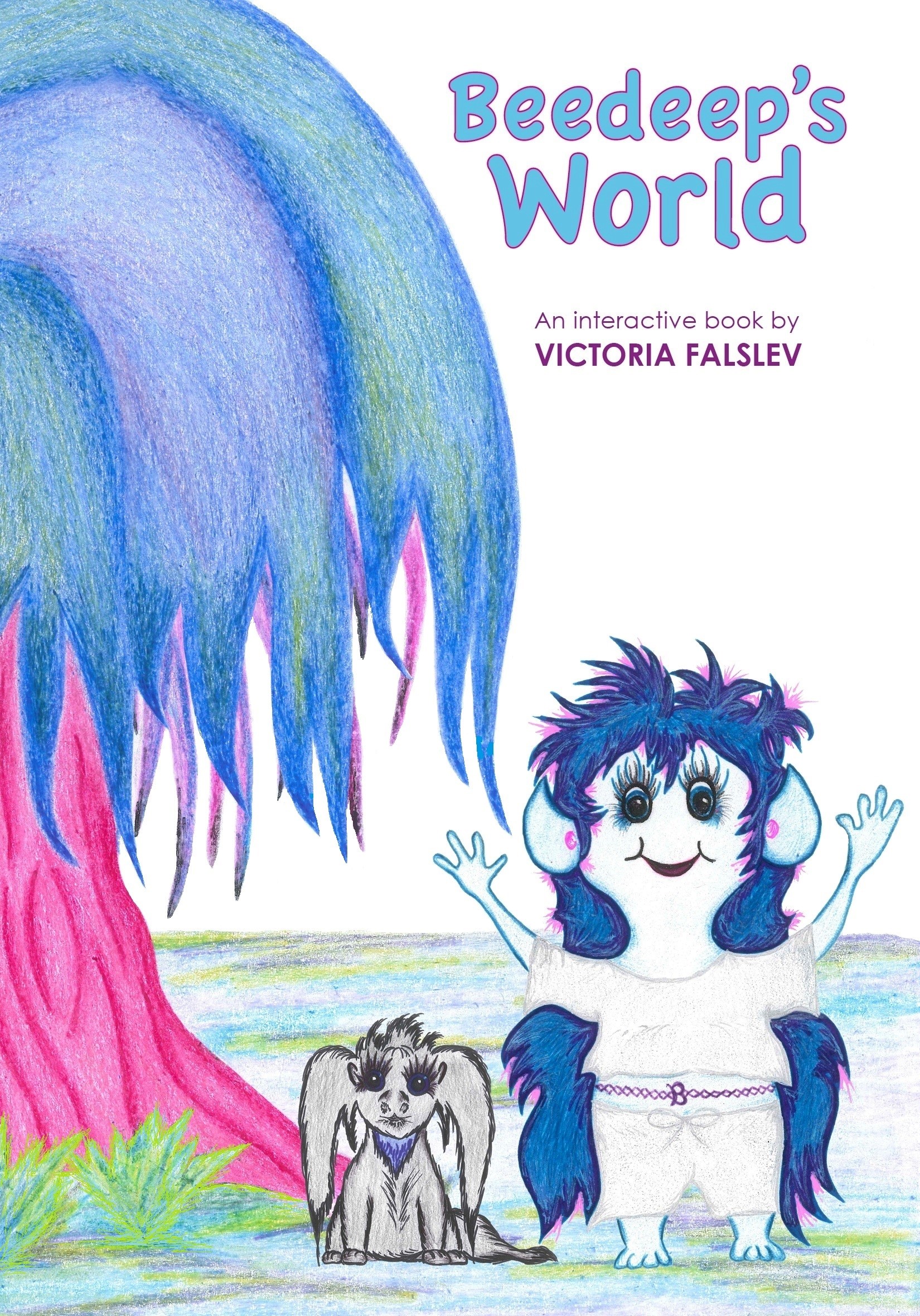 Beedeep's World is a kids interactive book that lets kids be creative, learn to answer a question and be rewarded with points.

Beedeep introduces herself, family, friends, what they eat and drink as well as animals and sea life on planet Zuko.


Kids get to add up their points and put the amount on a certificate in back of the book and then take it out of the book and frame it so they can see what they accomplished.

I have already written the script for this book and it has all the characters, which is 11 actual characters living on Planet Zuko. The script is called: "Able Buttons" and is a registered script through the WGA. I wrote this script in one day and is quite the story. You can read about it on my website: Beedeepsworld.org I love all of this and would very much love to see it on the big screen. It was originally written to be an animated film, but with the technology that James Cameron has with Avatar, this film would be tremendous! Planet Zuko is as pretty as Pandora in Avatar and just as colorful and to me, it would be easier to use the tech James Cameron has for animation.

Growing up I liked drawing different things. In 9th grade I drew a design with pens and I had never done that before. It looked like some kind of space ship from some where I don't know, but I liked it and hung it up in my art class at school and wrote under it: What is it? I didn't even know what it was, but I thought it was cool! So eventually I started drawing peoples names with my own calligraphy I created. I put what the person liked in the design around their name. This was in high school and each person that I designed their name for, paid me $15 per design... I made some good money! That was in the years 1976-1980. I have continually drawn with pen and then implemented magic markers, colored pencils and sometimes crayons. I got out of school got married had 3 kids and played a lot of soccer! I loved soccer, and I was always voted MVP of my team, because I was the one that made all the points, and that is why we always won! I would play soccer with my kids as well! When my kids were little, I enjoyed reading to them before they went to bed and our favorite was, Dr Suess! I worked a lot of different types of jobs, but never anything that I really enjoyed, so one day I called the massage school in Salt Lake, Utah and told them I wanted to go to school there. So I have been a massage therapist for over 18 years and have my own business. This is one job I can say that I enjoy and never ever mind working it! The year 1999 I graduated from a course at the Celebrity Centre in Hollywood California called: The Key to Life. This course helps you learn the new grammar, how to use a dictionary, learning the alphabet forwards and backwards and also all the definitions of all the small common words like... and, as, if, but, was, were, is, the, etc... You don't realize you don't know the definition to these words until someone asks you,"What is the definition of, 'to'?" Incredible course! I learned how to write from doing this course, I was never a writer, but always an artist. I had to write a short story while on this course and it was entitled: The Alien Outside the Spaceship. It popped right inside my head, so I wrote it and it eventually became: Beedeep's World. I have done a lot of revisions and finally got it to where I know it is suitable for kids. The challenge at the beginning of this book was... I wanted to have the kids draw what they just read, so you know the kid was understanding what he just read. If they can't draw what they just read, then they obviously didn't understand. This really works, I have helped kids at a private school with this and I was amazed! So I wrote the book to have the kids draw what they read. I created everything on the planet, made up all the names and described what they looked like. Well, I decided that if I want kids to draw what they read, then I should draw what I wrote. WOW, this was the challenge! I was actually trying to hire another artist to draw what I wrote, and then I realized, that was silly, I'm the artist and creator, and they can't draw what I have in my head! So I secluded myself to my bedroom for about a week; yes I took breaks, but I have to draw what I had written. OH MY GOODNESS! I thought, "what have I done?" I can't expect kids to draw what they read if I can't draw what I wrote! So I did it! I drew everything in the book that I created, and was very proud of myself! I have the original, "draw what you read books" but I had to simplify it, because it was too steep a gradient for kids from my observation. I have not encountered a kid that does not like Beedeep!