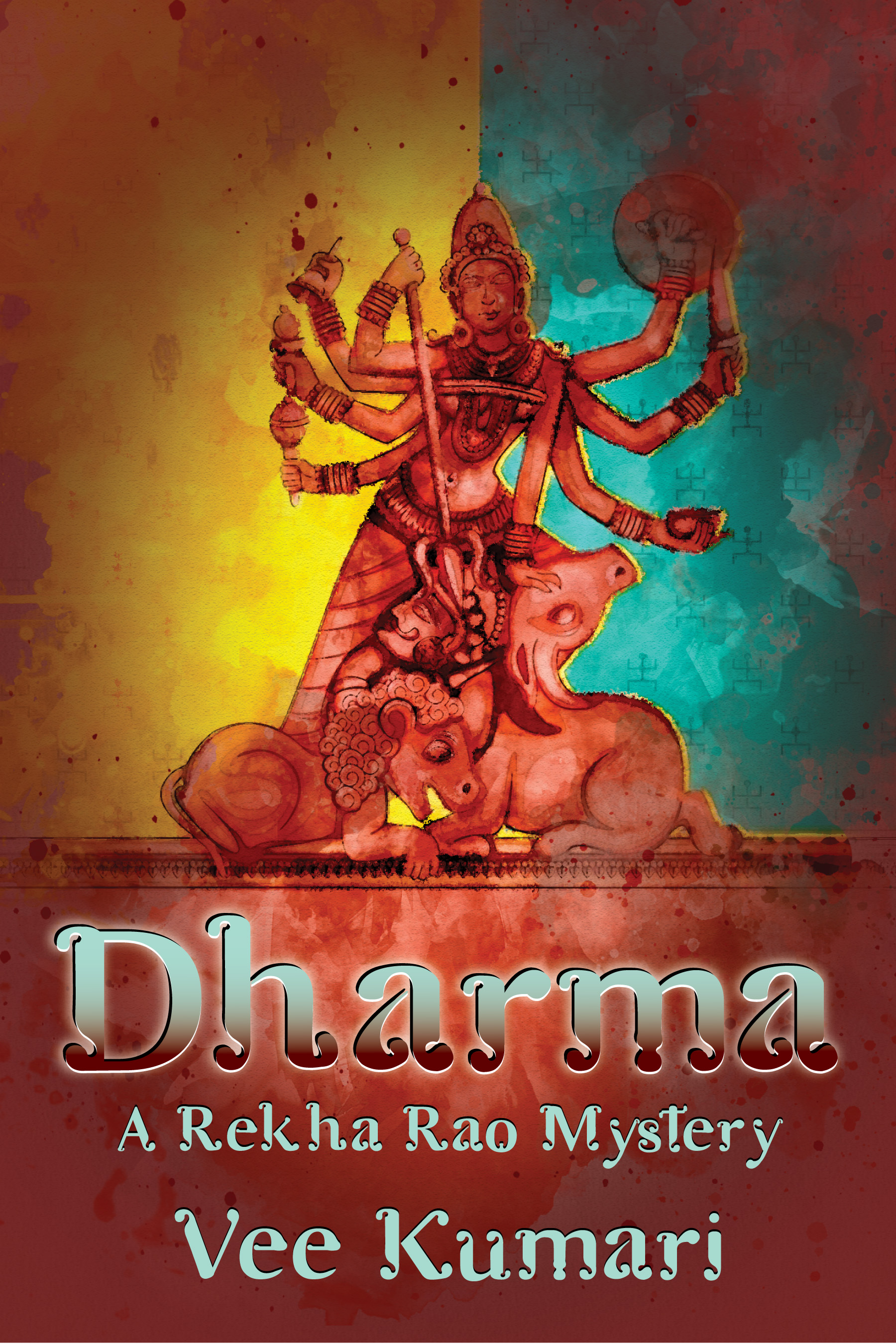 Rekha Rao, an Indian American professor of Art History, follows her dharma (duty) to find the killer of her mentor and father figure. In the process, tastes the prospect of an unexpected romance, and discovers her true calling.

In the opening scene, Rekha is at the police station, where, under Detective Al Newton's critical eye, she's examining an idol used as the murder weapon. She manages to stay grounded despite her PTSD resulting from her father's murder three years ago, and her growing attraction for Al.


Rekha is convinced who the murderer is but having no evidence, she calls him in to extract a confession. The killer reveals several details about the murder and tells her why he killed Faust. Al and his team arrive to arrest the killer who in a later interrogation, reveals all the details.

Rekha Rao, a thirty-something Indian American professor of art history, disillusioned by academia and haunted by the murder of her father, moves away from her nosy Indian family, and as luck would have it, gets entangled in a second murder, that of her mentor and father figure. Walking a thin line between her match-making family and the Homicide Detective she’s attracted to but distrusts, Rekha finds the killer, and in the process, discovers her calling and tastes the prospects of an unexpected romance.

Vee Kumari is a Professor Emeritus (a fancy word for ‘Retired’) of the UC Davis Medical Center and USC Keck School of Medicine. She loved teaching neuroanatomy to medical students for over 35 years. Since her retirement in 2012, she has pursued writing and acting as careers. “Dharma” is her debut novel, inspired by her love of the mystery genre and based on her observations of the Indian immigrant and Indian American lives in the US.

An Indian professor of art history makes investigations of her own to find her mentor's killer. After a long and dangerous investigation process, she is able to find out who the assassin is and uncovers an unexpected fact about the victim.

Yes, it is accurate, but the author didn't add the characteristic of any of the supporting character.

The fact that it is a mystery story led by an Indian-American female character, something different from usual.

The plot in general, as well as some situations, feel somewhat predictable and derivative.

Yes, if adapted by a talented crew and cast, it might have a fanbase centered on the main character, who is a courageous and determined woman.

Not quite the kind of story that earns Awards, and it lacks complexity and character development.

RAIDERS OF THE LOST ARK - IN THIS CLASSIC MOVIE, INDIANA JONES IS AT THE SAME TIME A HISTORY PROFESSOR AND AN ADVENTURER LOOKING FOR ARCHEOLOGICAL TREASURES. THE INDIAN DETECTIVE - A NETFLIX TV SHOW IN WHICH AN INDIAN DETECTIVE, TEMPORARILY SUSPENDED FROM THE POLICE, HELPS INVESTIGATE A MURDER CASE.

The most original aspect of the story is its inclusivity, especially concerning the protagonist and also Faust, the main victim, who turns out to be homosexual. However, the story in general is too generic and predictable to be unique. It should have more personality in order to be memorable in an adaptation.

Rekha Rao is a very determined, courageous and intelligent woman, who will stop at nothing to conclude her journey.

Not really. It lacks originality, and a bit of further narrative character development.

There would need to be an extensive revision and rethinking of the whole plot. That's because every beat of the narrative feels borrowed from other stories we've already read or seen. Not that everything needs to be original and different, there is no problem with repeating proven formulas. However, the narrative of the book doesn't seem to have enough going for itself, and that might strain its chances with an audience in an adaptation. Besides, the protagonist being such a courageous and defying individual, maybe the love interest for the detective character could have been handled in a different manner or even completely suppressed. It doesn't look like this particular story calls for a romance side plot, even though the author takes care to make it clear that the main character refuses to accept cultural or familiar impositions in this matter, which is the great aspect of it. In general, the story and characters lack development and more complexity, something that would enrich the whole narrative immensely and make an adaptation more compelling to watch.