Luminaries: A Children's Book Anthology (Story #1 - The Battle between the Star Signs and the Kaptorvatons) 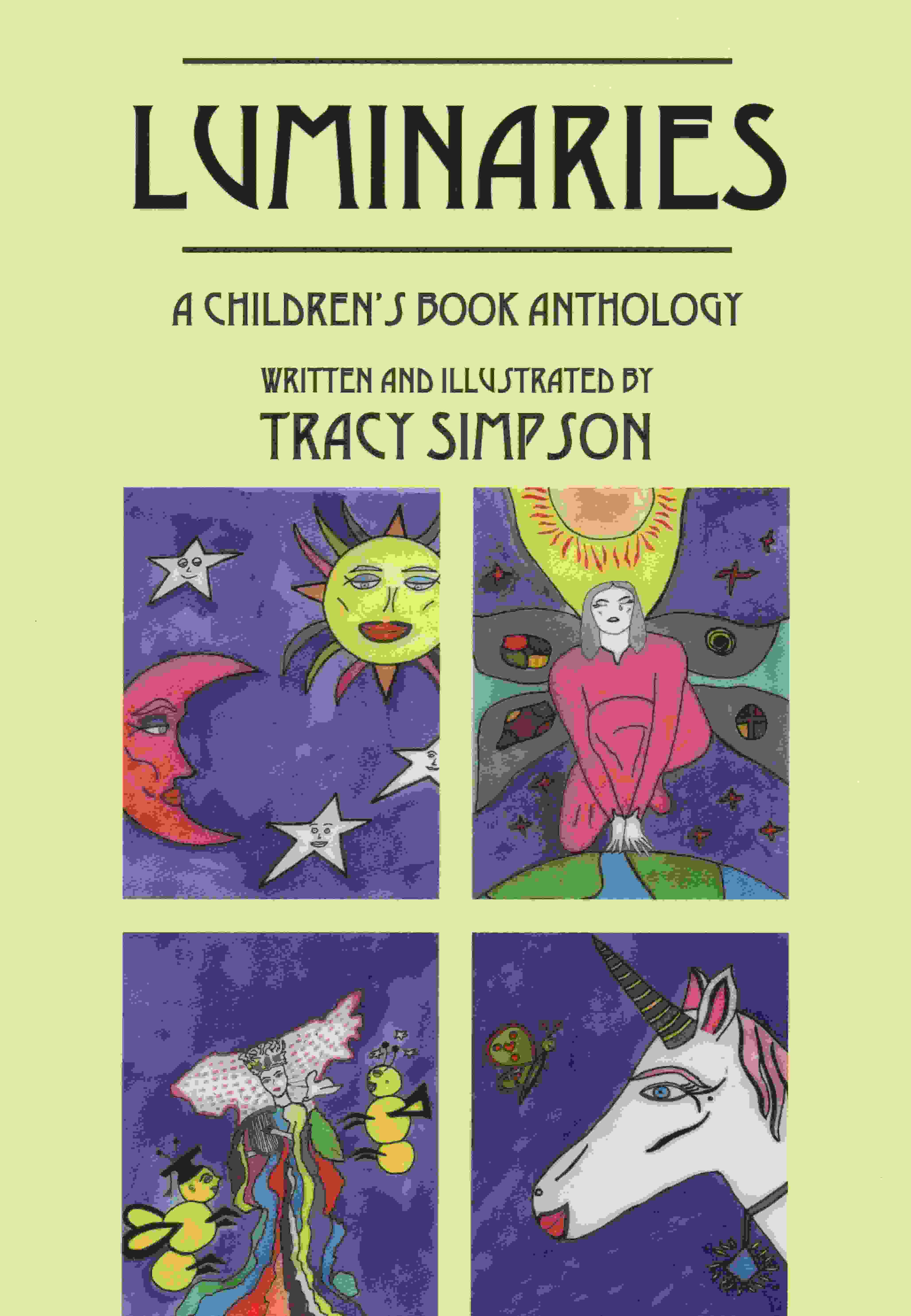 Story # 1 - The Battle between the Star Signs and the Kaptorvatons - is about aliens that are working together with misguided humans to destroy earth’s resources and the human spirit. Arch Angels and members of the zodiac save the day.

The Star Signs receive a distress call from planet Earth. Alien invaders known as the Kaptorvatons are attacking Earth to mine her resources. They pull up trees, blow the Ocean waters empty, and send torpedoes to the Amazon.

“LUMINARIES: A CHILDREN’S BOOK ANTHOLOGY Written and Illustrated by Tracy Simpson Available at Outskirts Press, Amazon, Barnes and Noble Winner of a Purple Dragonfly Award in 2017 Luminaries – The themes contain a string that loops all three stories together. Story #1 – “The Battle between the Star Signs and the Kaptorvatons” Story #2 – “Traveling with Francine and the Fireflies” Story #3 – “The Enchanted World of Uniland” Story #1 is a tale about power struggles between good and evil. Aliens are working together with misguided humans to conquer and destroy earth’s resources and the human spirit. Members of the zodiac and arch angels ultimately save the day. Story #2 follows the adventures of two fireflies who befriend a faerie and show how friendship and understanding can overcome all obstacles. The story culminates with friendly time traveler visitors bringing a message of love and hope to all sentient beings. Story #3 is about two children who discover a talking unicorn. The authorities swoop down and capture her; but, she is eventually rescued by the children’s Uncle Clyde who is a geological surveyor and horse whisperer. In return, the unicorn, Kira, allows them to see a perfect utopia – her home – Uniland. She then entrusts them with one hundred magical crystals to bring about the harmonization of earth. I believe that “Luminaries” expresses positive principles in a very creative and succinct way that will illuminate the hearts and imaginations of children.

Author and Illustrator, Tracy Simpson, was born and raised in Austin, Texas. She received an Associate of Arts Degree in Radio-TV-Film from Austin Community College and completed two one-year writing programs at the Long Ridge Writers' Group and the Institute of Children's Literature in West Redding, Connecticut. She worked as an actress in Texas for ten years. Tracy also worked as a production assistant, stand-in, voice-over artist, and dancer in film, television, commercials, public service announcements, and music videos. She was also a print and runway model. In addition, she made several vocal performances in and around the Austin area. Tracy writes children's stories, poetry and screenplays.