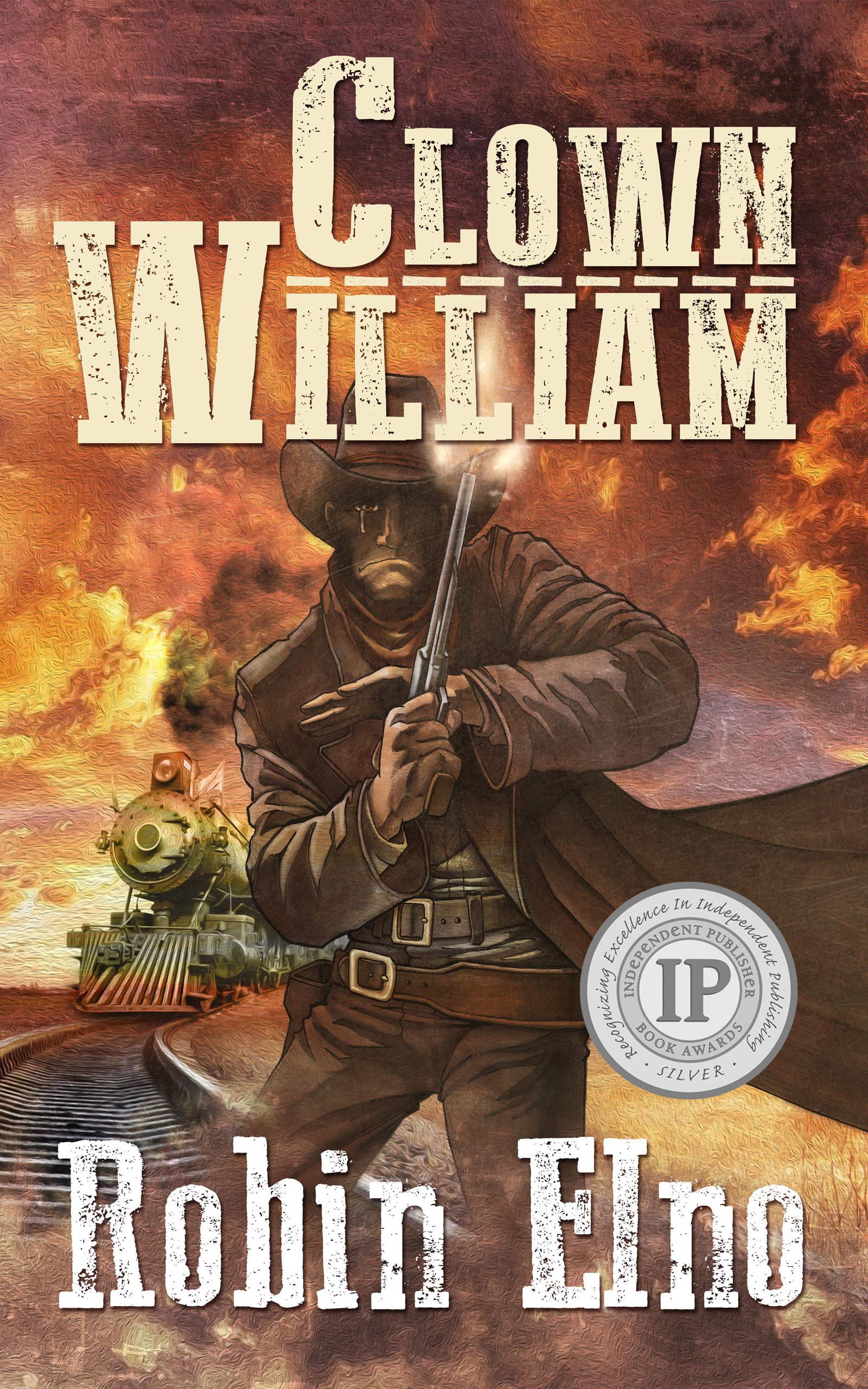 William is a gunfighter with Tourette’s, a malady that causes insulting gestures and curses but also enables target pointing five times normal speed. Set in the Western United States in the late 1870’s, William struggles with this condition that is both damnation and salvation.

When William drifts into Trinidad, Colorado in 1878, two railroads are battling over the rights to the Raton Pass. Dave Rodabaugh, a notorious outlaw, wants to add William to his gang of gunmen. William resists, but is eventually drawn into the violence.


William meets educated, charming Emily, trying to return to her brother in New Mexico. William agrees to help her, but they are trapped in town by the feuding railroads. When William investigates and kills a local bounty hunter on his trail, the sheriff send them on their way.

William just wants to fit in somewhere. But people keep picking on him. People with guns. Clown William is a Western with a unique twist - the hero is a reluctant 1870's gunslinger with Tourette's and a quick draw . . . a condition that gives him unusual speed and accuracy with a six-gun. The series (book 3 releasing December 1, 2019) follows William as he battles two railroad giants fighting to control Trinidad, Colorado, and interacts with real historical characters. The series could be adapted for a film or television series similar to popular streaming Western shows such as Yellowstone (Paramount) or Godless (Netflix). Clown William was inspired by the work of neurologist Oliver Sacks (Awakenings), who wrote about the unusual speed and accuracy often displayed by people with Tourette’s syndrome. Intrigued by the idea that strengths can rise from differences, author Robin Elno created the unique and compelling character of William. Throughout the series, William is a gunslinger for hire, on the run from bounty hunters, and falling in love. All while trying to defeat his own internal tornado—the feeling that comes over him when he draws a pistol to defend someone. The Clown William series is a Silver and Bronze winner in the 22nd and 23rd Annual Independent Publisher Book Awards (IPPYs) for Best First Book and Best Fiction Series. It was also a winner (book 2/Western) and finalist (book 1/Western) in the 13th Annual National Indie Excellence Awards.

Robin Elno is a retired army colonel, semiretired psychiatrist, and full-time author. He lives in San Antonio, Texas, where he is an active member of the San Antonio Writers' Guild. Elno’s Clown William series was inspired by the work of neurologist Oliver Sacks, who wrote about the unusual speed and accuracy often displayed by people with Tourette’s syndrome. Intrigued by the idea that strengths can rise from differences, Elno created the unique and compelling character of Clown William. Elno’s novels are often set against true historical backdrops like the Wild West.