The Peculiar Case of the Lakewoods 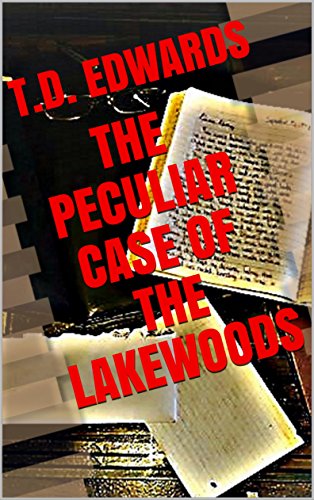 College student Charlotte Lakewood unexpectedly finds herself under investigation for murder. Under the watch of Detective Hayes Mallone, search warrants recovering documents from Charlotte, her mother, and their shared therapist reveal a truth that is just as peculiar as it is terrifying.

Charlotte Lakewood finds herself the prime suspect in the murder of Lenny Jones, an old friend who mysteriously drowned in her presence. With Charlotte having no recollection of how events transpired, she fears the worst--that her deceased twin sister sought revenge from the grave.


Charlotte makes the shocking discovery that her family's misfortune all ties back to a curse placed on her father by a vengeful classmate who sought to destroy his life, through his children--whether dead or alive.

Charlotte Lakewood is a formerly conjoined twin who was so connected to her sister, they literally had the ability to control each other's actions. Unfortunately for Charlotte, this eerie parlor trick continued even after her sister's untimely death. Now that Charlotte is the prime suspect in the murder of an old friend--who's family she already has bad history with, no less--she fears her sister played a role. But who would ever believe such a thing? When diaries, letters, and therapist notes began to slowly unravel the truth, Charlotte finds out that her family's unusual history is spreading its tentacles into the present. When old family secrets resurface, they find new victims, and Charlotte is in the uncomfortable position of being framed by them.