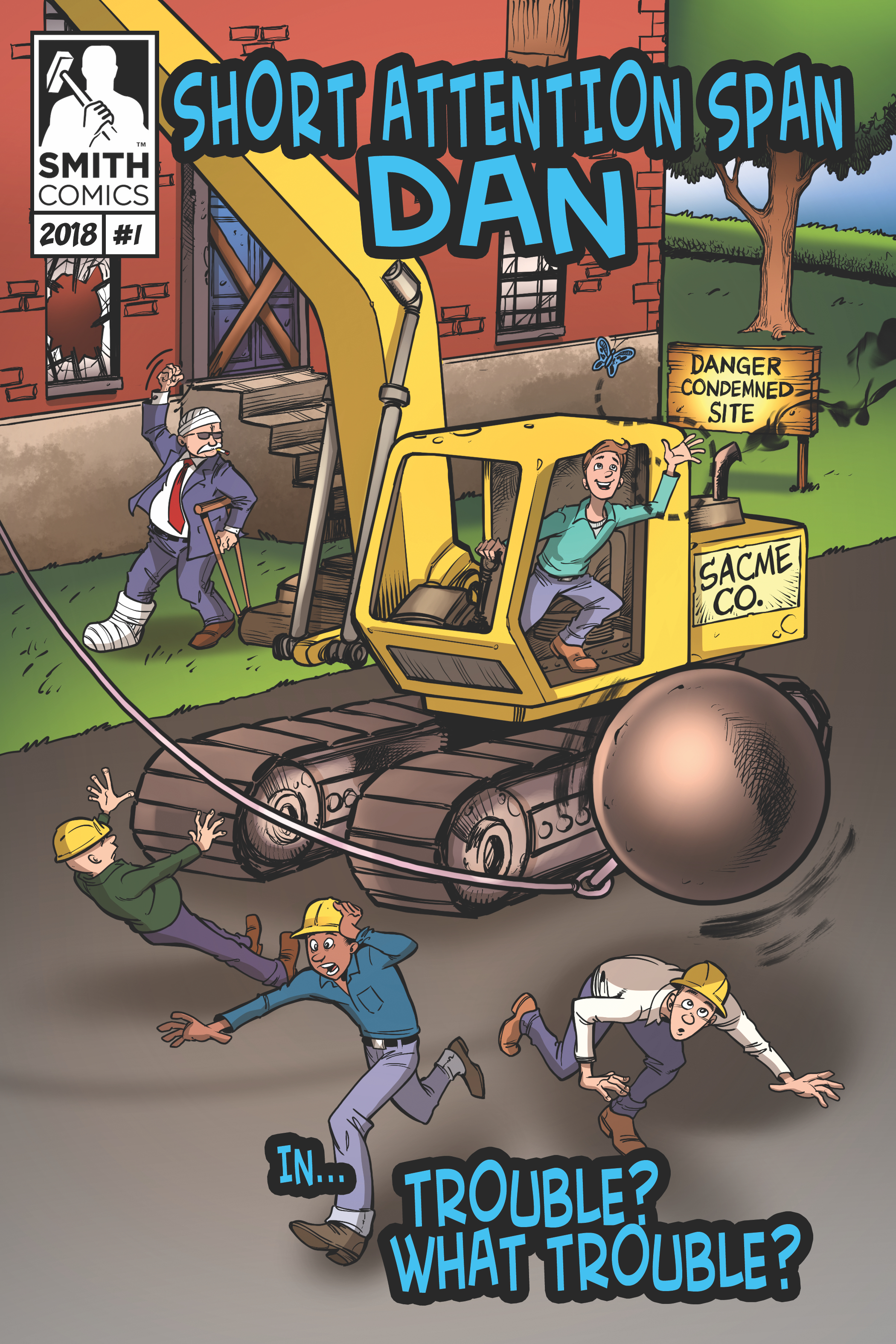 Dan unwittingly wreaks havoc on Happyville as he tries to find work that holds his attention. He may run Antsy Nancy's employment agency into the ground. All the same, she grows fonder of him with each assignment.


Dan escapes ruthless workers who are out to get him and he saves the orphanage from crumbling under defective building materials. Later, at the lake, Dan is back in Nancy's good graces...even after his short attention span causes them both to fall into the water.

ROBERT J. SMITH, MFA Robert publishes comics for children of all ages. He also publishes promotional comic books for professional in various industries. Robert also writes, acts, directs and produces compelling stories in many different mediums and genres. He has created numerous screenplays, teleplays, animation scripts, radio plays and graphic novels. He earned his Master of Fine Arts (MFA) degree from Full Sail University and was named, Valedictorian. Robert earned his Certificate in Feature Film Writing with Distinction at UCLA and holds a BBA from Stetson University. http://www.RobertJSmith.com With nearly 300 IMDb credits, Robert is available for film, television, radio and magazine projects. He is currently producing the health and fitness documentary, EXERCISE ME. http://www.IMDb.Me/RobertJSmith.