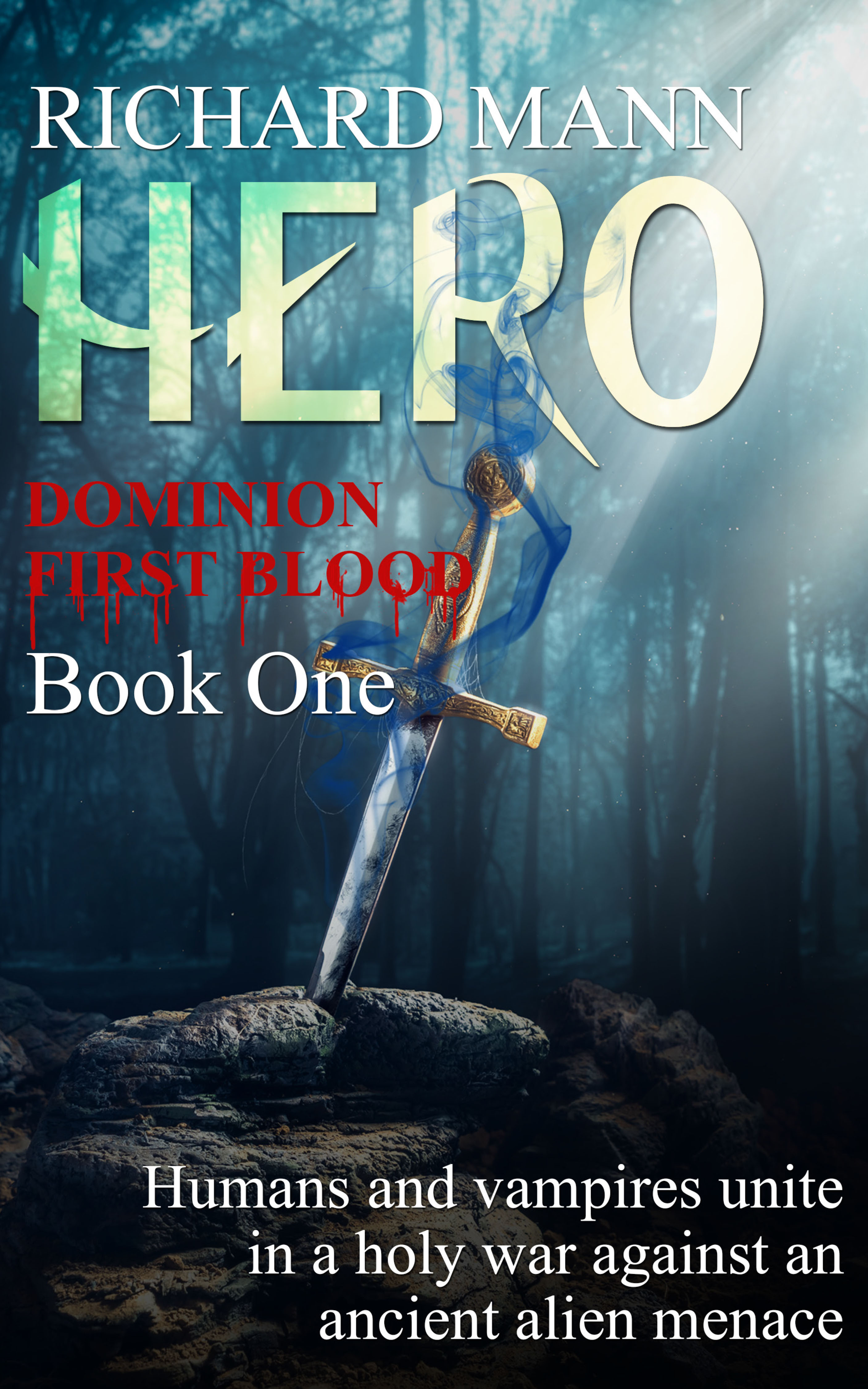 Independence Day meets Underworld as Humans and Vampires unite in a holy war against an ancient alien menace. Can Superhuman SAS Hero "BulletProof Pete" find the answers to his destiny and rid the planet of the invaders?

Plagued by visions of ancient battles modern day hero "BulletProof Pete" makes short work of SAS selection to the astonishment of all. MI6 hire him to use his superhuman skills, and to stop him leaving for the CIA. Lost in the desert, he has strange visions of a priest, an ancient book and a sword.


As the alien menace descend upon Earth our hero is ordered to go to New York to get some answers about the alien invaders agenda. What he learns shocks him to the core.The world stands on a knife edge as the vampires decide whether or not to join the humans in their vicious fight against the aliens

The Dominion First Blood series is a trilogy, so I would like to see 3 films. HERO, VENDETTA and CAIUS. The protagonist BulletProof Pete should be played by someone like Jason Statham,Vinnie by a younger Vinnie Jones and Lucia the vampire by Salma Hayek.It’s a gritty sci-fi action adventure with addictive characters-a flawed super hero, his funny sidekick Vinnie and the sexy femme fatale vampire love interest, Lucia.It will appeal to action adventure film fans, as well as sci-fi and vampire addicts. The authentic historical flashbacks give real depth to the story, in the same way that Lord of the Rings manages. It goes back to Sumeriawith Cassian the ancient vampire, ancient Rome with Lucia, and Bulletproof Pete, in an earlier life. It also tells of Cassians and Lucia fights against the Nazis in World War Two.Fans of Indpendence day, Underworld and Lord of the Rings will love this film. It includes aliens, vampires, a sword of unspeakable power, and a book of ancient prophecy. Sci-Fi fans will love the government conspiracy around the secretive Sirius oranisation formed by the UN Security Council, to fight an alien invasion. They will also love the authentic PR7 railgun rifle used by our hero, and the X-37 plane. Action adventure fans will love the brilliantly orchestrated battle scenes. The love element is the relationship between Pete and his wife and his fear of her being kidnapped by the aliens, his flashbacks to Rome and Lucia, and her love affair with a beautiful slave

Richard Mann grew up in being an avid reader of books, even from an early age he loved the literary giants Tolkien, Michael Moorcock, Frank Herbert and Douglas Adams. He is also a big fan of Bernard Cornwell, the historical novelist and Frederic Forsyth, the great thriller writer. (Hint: If you love these authors you will love Richard’s books). He started writing at 16 but the dream faded until a few years ago when he started writing again. During his twenties he studied business studies and accountancy. During this time he also studied Shaolin and Wing Chun Kung Fu and even starting a school with a friend. He has worked as an accountant, Software developer in the City of London for banks and insurance companies, and is now an author. HERO Dominion: First Blood is an action packed, fast paced, and guaranteed to keep the reader turning pages to the end. This wholly original book falls within the thriller, fantasy horror, and sci-fi genres. It combines incredible action, hair-raising scares and big laughs. It will shock the reader into thinking about his own place in the world. Warning: This book may keep the reader up all night! Richard is a fellow Member of the Association of Accounting Technicians, Member of the Institute of Analysts and Programmers and a Member of the British Computer Society. He is 57, married to Brenda, has two sons and lives in Berkshire. The best way to keep up with his latest news is to sign up for his newsletter. www.RichardGMann.com www.richardmannblog.com