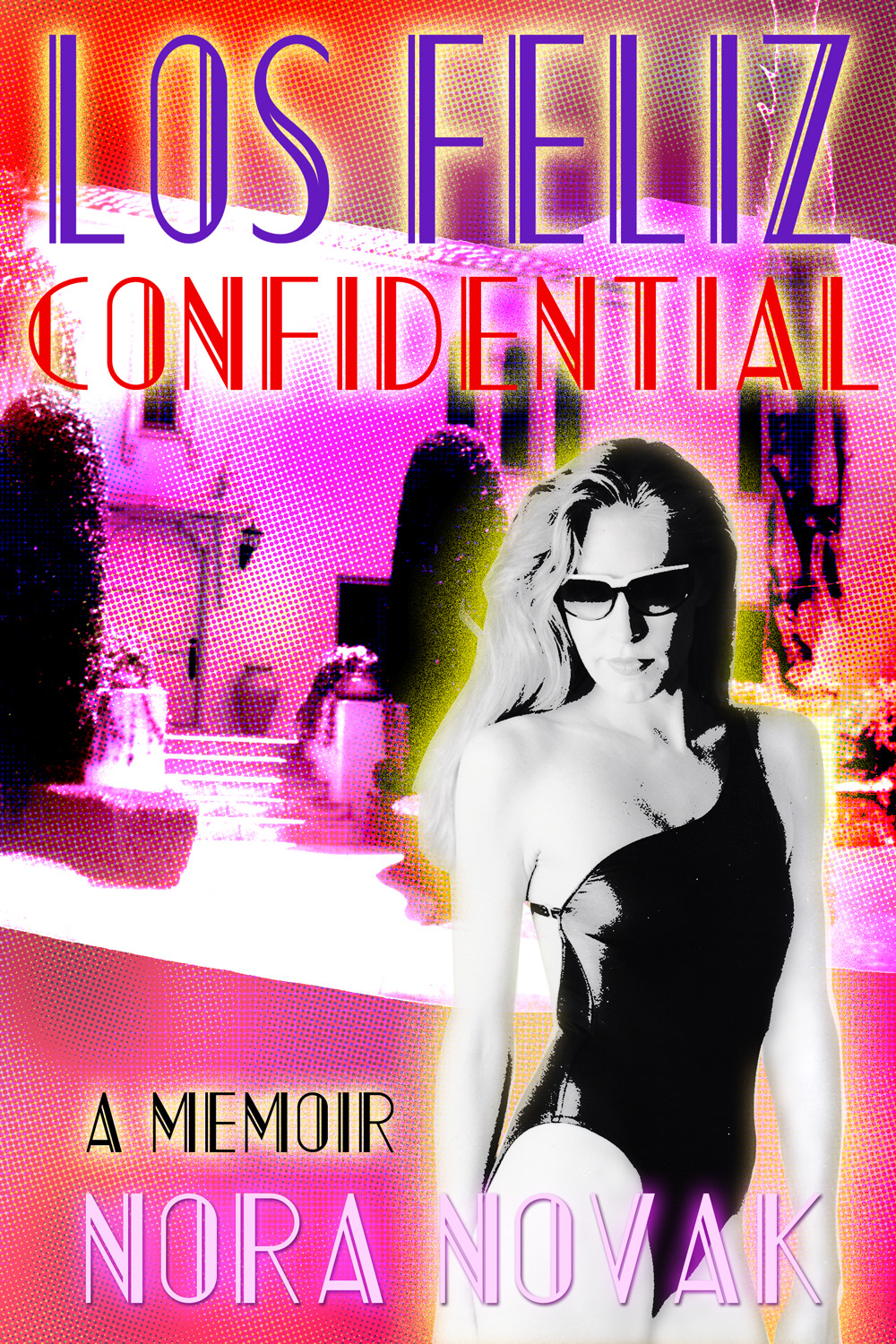 LFC chronicles Novak's life from immigration to poignant childhood and rebellious teen years through her adventurous, sexy, freewheeling twenties. It follows her escapades through the glittering 70's as she encompasses the unique culture of this decadent era with a seductive sense of sophistication.

The beginning sets the scene of the party house in Los Feliz including the main characters before moving to childhood.


The main character (myself) is at a crossroads and makes a big decision to leave Los Feliz and change her lifestyle in a different relationship. Also includes a PLAYLIST

Once upon a time in Hollywood, a rock n roll, fun loving, leggy blond arrived ready to be a star and party like it was 1975, which it was. This story is a whirlwind tour of Novak's life as an adventurous, sophisticated and artistic glamour girl; a kaliedesopic, upbeat glimpse of her life abroad and under the Hollwood sign. As the experimental 60's morph into the decdent 70's and aspiring to be an actress, Novak moves in with a trust funded eccentric owner of a castle-like hillside manor. (Honey West meets the depraved Professor.) Sex, drugs and rock n roll prevail with a rich and rhythmic narrative in this party house. Fraying edges; the coupling of lost Hollywood glamour, glam rock, punk rock and disco debauchery. Originally from Antwerp Belgium, Nora grew up with Old World parents and never lost her connection to Flemish culture as she travels the globe before settling in Los Feliz in a lifestyle of excess that portrays an explosive time of cultural change. Along with her outlandish costume designer girlfriend (Jean Harlow meets Joan Rivers) these blondes on blow keep the party going with their favorite and fabulous gay boy Jon Tate. These descriptive tales are very visual and full of 70's rock infused fashion. Freedom, platforms, great music and good times are all part of the journey until Novak meets a new man and makes a very big change.

Nora Novak is a mixed-media artist, writer, actress and designer of loungewear. Novak is the author of ART DAMAGED, a novel and the FEMME FATALE collection. a catalog. She is a contributing writer to the rock n roll pop cuture see website pleasekillme.com noranovak.com scroll down for Los Feliz Confidential by Nora Novak- Book Trailer

Nora is a glamorous blondie living the highest drugs, sex and rock n roll life the 70's in LA could offer. As she recalls the life path which took her to the first scene, including immigration along with her parents from Antwerp, Belgium, to the USA; she retraces her childhood, teenage years and search for fame and success. She also finds herself torn between her boyfriend Jay and her new found love James - and leaving Jay she is ready to start anew in the 80's.

The first scene of the book is inviting and glamourous. Writer is successful in her description of the 70's surroundings and parties as well as characters.

Nothing made me want to put the book down, however on page 34 the way the author references disabled kids is outdated and can be considered offensive.

The hook on this story are the glamorous parties, eccentric characters, the looks and the appetizing visuals of LA in the 70's, all of these nicely recounted by the author.

It could have a large fanbase if adapted because characters are charming - strong personalities and looks, many searching for fame and a place in the world.

It could have awards potential if adapted because the narrative is visually abundant and characters are cool, eccentric and fun; great soundtrack as well.

The original thing about this story is that it is an autobiographical 70's memoir and author shows vulnerability when describing her frustrated attempts to become a star. However, after recalling her childhood and teenage years which are greatly written involving historical elements, author loses a bit of perspective on her surroundings and narrow focus on personal relations, which makes structure a bit confusing.x

Nora is a beautiful european blonde woman who was also elegant and well-educated. Character is charismatic, vulnerable and keeps a down-to-earth atmosphere even though is living wildly in the 70's.

It is a rare gem as it is a story that is full of flavor, however some work has to be done on the structure of narrative.

I recommend it because author is a great narrator, her descriptions are delightful and the story is enticing, glittery and glamorous.