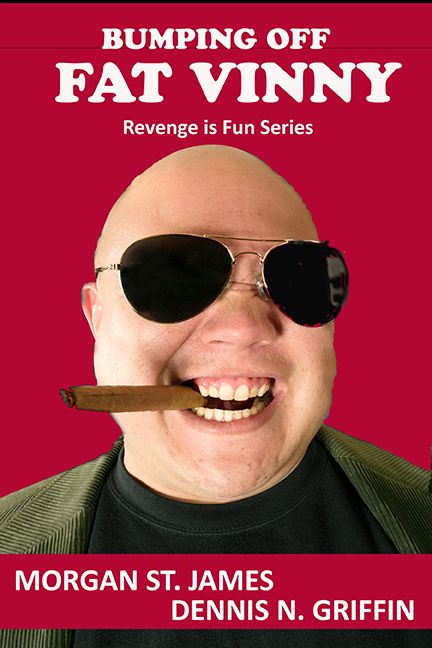 Unless Mob wife Maria Mancuso's true story, coauthored by best-selling authors Danny Garrett and Margaret Stanton, solves and reveals who killed crime boss Tony "The Nose" Mancuso, their publisher from Hell, "Fat Vinny" Vitali, threatens to shelve it. With no way out, Fat Vinny must die.

Obnoxious "Fat Vinny" Vitali refuses to publish the memoir mob widow Maria Mancuso came out of hiding to write with co-authors. It was never mentioned but what he really expected was an investigative Mob book and the solution to who killed Maria’s late husband, Tony "The Nose."


The contract is iron-clad and he's going to shelve the book, which also kills a movie deal. They decide to kill him to get the manuscript back, but every attempt backfires like the gang that couldn't shoot straight. He finally drops dead and we discover that Tony's funeral was a fake and he's alive.

Clever plots that go wrong and some shocking twists at the end. The contracted-for memoir of Mob widow Maria Mancuso is finished. Opening scene: The publisher from Hell, four-hundred pound "Fat Vinny" Vitali, flatly rejects the manuscript by best-selling authors, former FBI agent Danny Garrett, and wealthy divorcee Margaret Stanton. He signed them to write Maria's memoir—the one she came out of hiding to write—but he really wanted an investigative Mob book and the solution to who killed Maria’s late husband, Tony "The Nose," head of the notorious Mancuso crime family. The hit on "The Nose" is still unsolved, and entrepreneur Vitali, new to the publishing business, pictures himself becoming the King of True Crime books. Never once in the year-and-a-half it took to write the book had he shared his vision with the authors, even though he sat in on most of the development meetings. Fat Vinny wants what he wants, a Mob exposé, and won't give them back rights to the manuscript. He threatens to shelve the book forever. They decide the only way to get it back is to bump off Fat Vinny, but something goes wrong every time. Even profesional hit people can't kill him. (The late Frank Cullotta, boss of the Las Vegas Hole in the Wall Gang, helped St. James and Griffin devise these failed attempts). There are two twists in the final scenes. Vinny drops dead of a heart attack. Maria flies the authors to Mexico to meet Tony who is now blond and had a nose job. Tony's funeral was fake.

Morgan St James is the award-winning author of 19 books including Silver Sisters Mysteries series and Revenge is Fun series. She has appeared on TV, and hosted podcasts . On the board of Writers of Southern Nevada. Dennis N. Griffin is a true crime historian and author of 18 books. He co-authored three books for late crime boss Frank Cullota. Griffin hosts Crime Wire and Transparency project radio shows and has appeared on TV. Griffin and St. James have co-authored three books.