The Legend of Lunar Pines 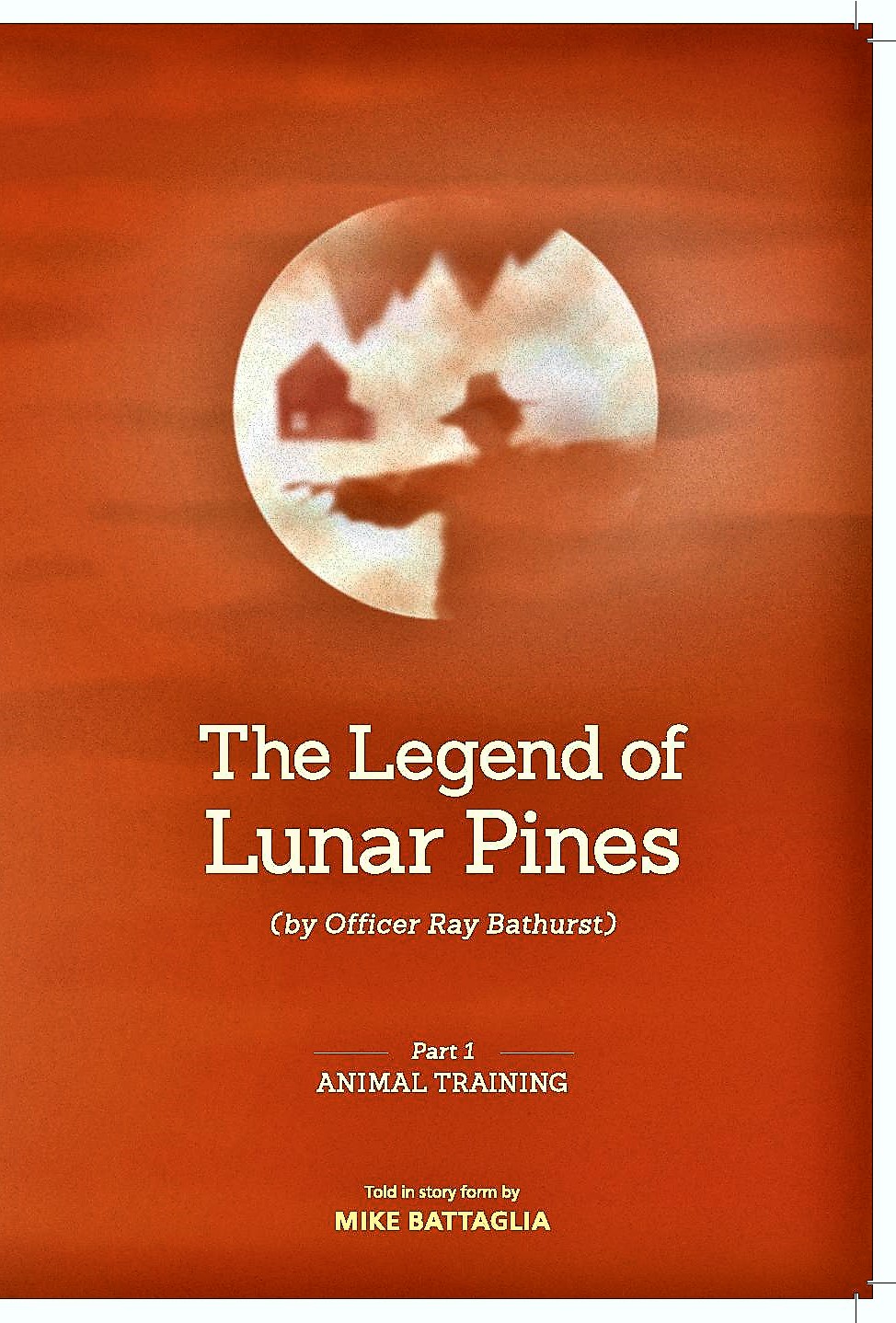 The legend of Lunar Pines is the story of a small mountain town in Idaho with a secret - there are werewolves living in the woods.

The story is broken into four parts, and focuses on the events surrounding the disappearance of the barrier which for years kept the werewolves out of the town.


After a climactic battle between the police force and the werewolves, the barrier is recreated at great sacrifice, and the town is once again protected.

,survival in the face of adversity ,Philosophical Questions,Twist

Name: The two main characters are Officer trainee Dwight Baker, a 20-something rookie police officer recruited straight out of the academy, and Lisa Cloverfield, a widowed, 30-something alcoholic-by-choice with a blood debt against the werewolves who took her husband.

Name: There are multiple characters within the story - the main one's being the other senior officers on the Lunar Pines police force, The mysterious old man who is tied to the werewolves, Lisa's deceased husband, and various civilians within the town.

Name: The werewolves themselves

Having been weened on movies from an early age, my writing style tends to be cinematic in nature, so this story is easily adaptable into film format. The characters are complex and human, and the isolated setting allowed me to create a microcosm. I avoided cliches within the story because nothing ruins the suspension of disbelief more than unrealistic characters and dialogue. The story is as much about the characters as it is the crisis involving the werewolves. I chose to write about werewolves specifically because a) the werewolf story has been written into the ground and I wanted to see if I could re-invent the myth, and b) all myths and legends are based on some kind of truth. The werewolf myth has been around for hundreds of years, and was no doubt born from some kind of truth. This concept fascinated me, so I incorporated it into the plot. The main theme of this story is perseverance in the face of hopelessness, the strength of will, and survival of the fittest.

About Mike Battaglia It started almost cliche, scripting and drawing comic books at the age of seven, using stick figures for people and the letter 'M' to represent birds and all but forcing my family to read them. Books were like portals to another world for me - a world I liked better than the one I was living in. Encyclopedia Brown and the Choose Your Own Adventure series became my circle of friends, and I spent nearly every day of my youth with them. When a classmate introduced me to Alfred Hitchcock's Three Investigators, I found my cocaine. I devoured the entire series - over 30 books - in a matter of months, reading some of them two or three times. When I discovered there were no more books in the series, an enormous hole split open inside of me. I wasn't ready to let the Three Investigators go quietly into that good night. So one day I started writing my own young investigator series modeled after them, and I can still recall the epiphany I had when I read my own story for the first time: 'I made this world. I made these people. I made them do everything they did. I built an entire universe within the page...' I wrote five complete books - the shortest being about 80 pages, the longest over 200. I wrote them in pencil on binder paper. I was about 11. Since then, I've written more than I care to calculate, and my enthusiasm for building worlds and creating fantastic stories has never waned. If anything, it's only gotten stronger. Writing is not a trade or a vocation, it's a need. It's a form of exorcism whereby I can capture the phantoms and sprites that reside inside of my mind and bring them to life on a piece of A4. It's a way for me to puzzle things out, validate ideas, remind myself of certain truths, ruminate, ponder, fantasize, and build my own roller coasters. And, if I can create something that resonates with others as much as it resonates with me, then I can go to my grave content, knowing that my roller coaster brought joy to more than just myself. More than anything else, I want to share my ride so that other can have as much fun as I. To quote Ray Bradbury: "If you did not write every day, the poisons would accumulate and you would begin to die, or act crazy, or both. You must stay drunk on writing so reality cannot destroy you." Writing is a form of therapy. I write so that I may know myself and who I truly am underneath the soil - my roots which feed from the unconscious. I write so that I may conjure the souls that live within my own soul - the pieces of myself whom I have never met formally. I write so that I may see what lies behind my eyes instead of what's in front, and know the wisdoms I feel are there - seeds in need of water and air. I write so that I may myself grow, and merge my realities with the realities that don't belong to me, and, perhaps, if I am lucky, have a hell of a ride along the way. My name is Mike Battaglia, and I am a writer.