In the County Dark 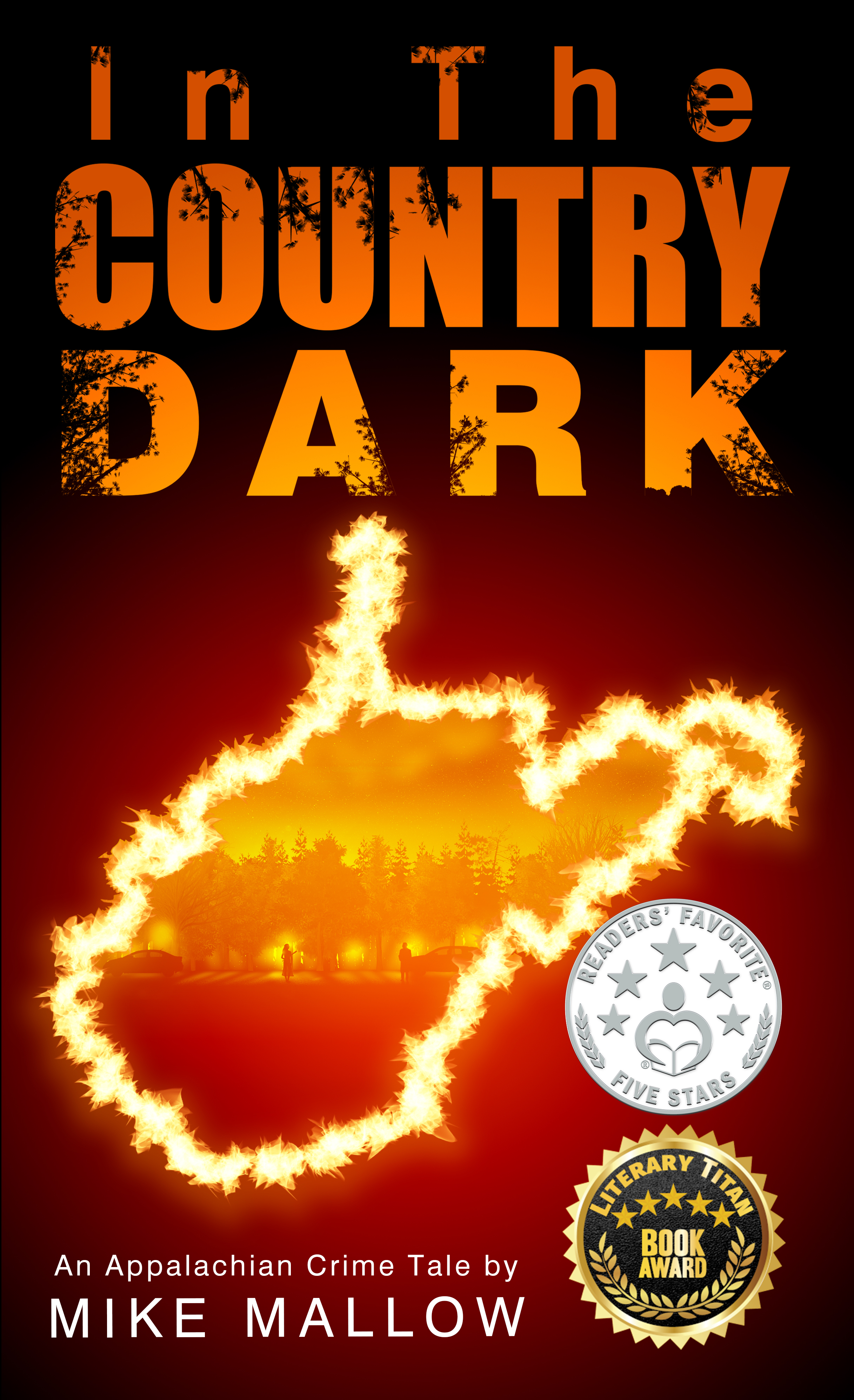 A murder-for-hire gone wrong in a small Appalachian county puts two recently reunited childhood friends in the cross-hairs of an elusive rural crime lord. The two navigate a path of past traumas, broken dreams, and small town secrets in order to overcome the darkness, or become a part of it.

Main character, Cabel, reunites with Troy, his estranged childhood friend, just after Troy has been fired from his job. Unbeknownst to Cabel, Troy contacts with a local criminal known as El Oscuro to arrange a hit job on his boss' mother to get revenge.


With Troy killed and El Oscuro threatening to target him and his girlfriend next, Cabel takes matters into his own hands and enacts an elaborate trap to take down the criminal operation. In the end Cabel kills Oscuro's main operative in a shootout and sets fire to the cabin with Oscuro still inside.

A murder-for-hire gone wrong in a small West Virginia community puts disenchanted journalist, Cabel Walsh, and recently reunited childhood friend, Troy Mason, in the cross-hairs of an elusive rural crime lord known as El Oscuro. Cabel and Troy navigate a rocky path of past traumas, broken dreams, and small victories as they find a way to overcome the dark underbelly of their community without becoming a part of the darkness themselves. Can be produced for cheap.

Cabel is a journalist who reconnects with his best friend from childhood , Troy. They become involved in a hitman scheme, investigating who is behind the murder. The clues lead to a drug ring, but Troy is caught in the crosshairs and killed. Cabel fights Oscura who is behind everything, fighting him in a shot out to stop him.

The story starts off with a lot of information about the characters and really sets up the story. Troy is fighting a geriatric ex-boxer at the nursing home he works at. The pace and tone are set pretty quickly.

There story is predictable. The two estranged friends have to work together for the greater good. There is a lot of conflict between them. Troy had a drug problem, almost overdosing. Cabel feels guilty for not being there for him. Then Troy is killed and Cabel wonders if he could have done more for his friend. He sets out trying to find out who is responsible for the murders even though he is only a journalist. It's your typical journalist turn vigilante story.

The hook is that in this small town a few people turn up dead in unusual circumstances. Now Cabel and Troy must use their resources to investigate who's behind it all.

This could have a decent fanbase. It isn't breaking new ground with storytelling but it is entertaining. It is along the lines of a lifetime movie.

This does not have any awards potential. This story has been done many times before and there isn't anything particularly unique about it.

There is nothing original about this. It is a small town with a hidden drug problem. There is no part of this story that will not be familiar to the audience.

The lead characters do not stand out. Cabel and Troy play off of each other like many other buddy crime couplings. Troy is the wild card with suspicious resources and a sordid past. Cabel is the straight, reasonable and responsible one. They both play to that without deviating.

This is an average story that would still be entertaining. It could be improved by having diversity with both main characters. There could be more creativity with the crimes and the murders. Secret drug overdose is not very original. It would be interesting for Cabel had a different profession as well. He is a local journalist who uncovers a deadly story in a small town.

The story is solid. It is not very different from other stories of its' genre, however. It can be updated and made more conscious of the current climate. Small town stories such as this are still popular but the plot could be made more interesting than drugs, especially in the age of technology.