Carol Starr and the Dump of Discarded Characters 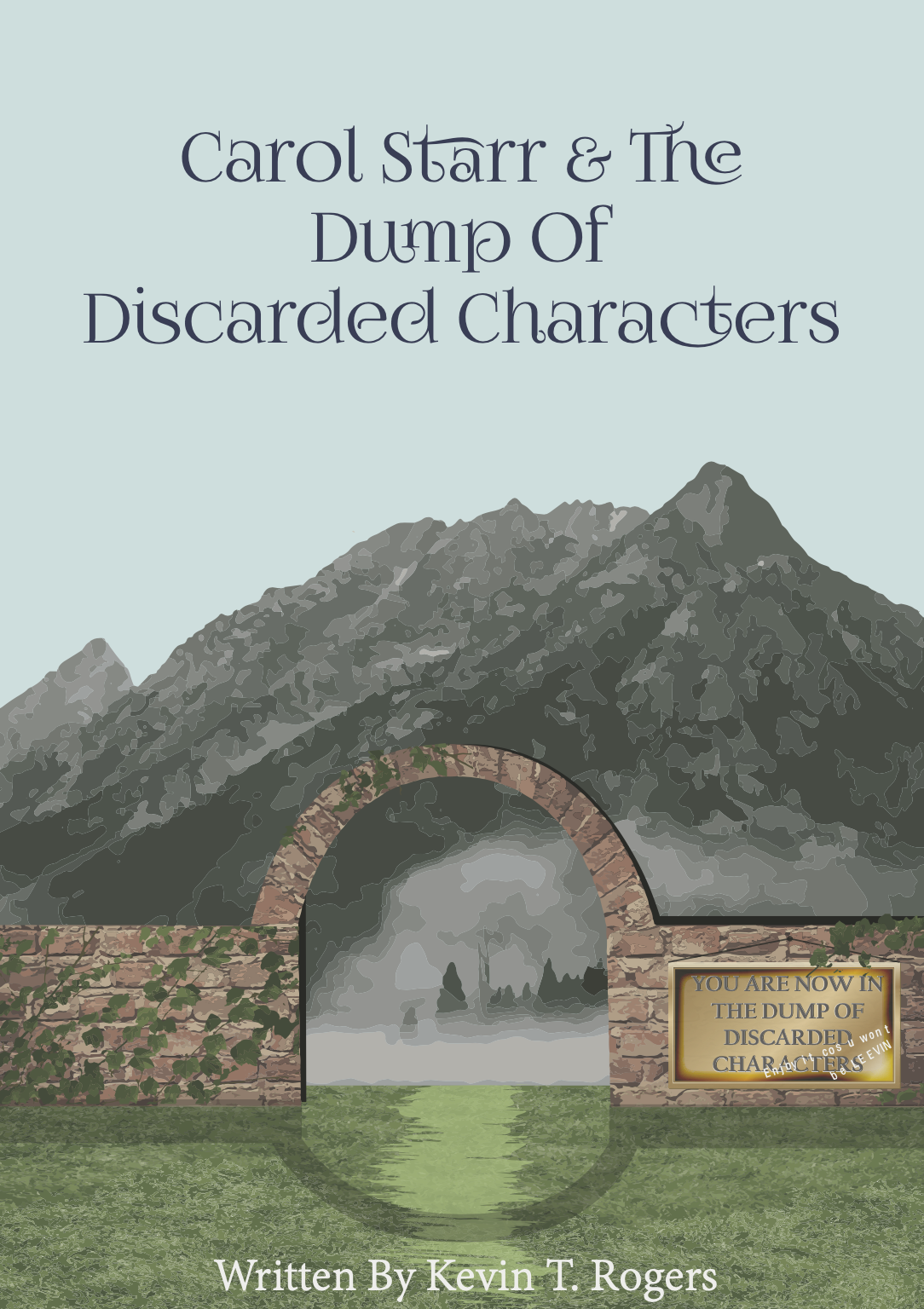 We've all heard about the famous heroes and villains of Literature - but who spares a thought for those who were written out before the final draft? Perhaps Carol K. Winters should have. For not only is she the most successful writer of children's Fantasy stories there has ever been; but more importantly, she has just woken from a serious accident to find herself on the way to the very place where all of those fictional personalities end up: The Dump of Discarded Character. And Carol doesn't like it. Fortunately, she has a new side-kick who is going to help her get home - un-fortunately, it's Dweeble the Undying Dwarf - and he's a total idiot.

Carol K. Winters is a wildly successful but curmudgeonly writer of children's Fantasy books. She suffers a traffic accident from which she wakes to find herself on a journey to the Fantasy world of the Dump of Discarded Characters. Can She get home - and become a decent person in the process?


Carol finally wakes from her coma on Christmas Day, having regained all of the better parts of her character that she has previously discarded. She rights her past wrongs - but the ending is left open for her return to the strange world of the Dump.

London, Glasgow, the fantasy world of the Dump of Discarded Characters

A petty, self-centered, and wildly successful fantasy writer suffers a serious accident and ends up in a strange, magical place called Dump of Discarded Characters. There, she encounters many characters who were thrown away, some even by herself, and manages to reconnect with her own personality. Finally, back from a comma, she becomes a different person and corrects all her past misdeeds.

Yes, but the author doesn't describe any of the supporting characters.

The idea of a fantastic world full of characters discarded from well-known stories.

The characters feel a little flat. Their personalities deserved to be more complex and further explored.

The idea of a fantastic world populated only by characters who were discarded from narratives.

Potentially yes, but only after undergoing many changes and revisions.

Not as it is, since it feels a little to naive even for a fantasy book made for children.

A CHRISTMAS CAROL - AFTER EXPERIENCING A NIGHT OF SUPERNATURAL EVENTS, A GRUMPY, MISER OLD MAN LEARNS THE IMPORTANCE OF CARING ABOUT OTHERS. READY PLAYER ONE - A TEENAGER HAS TO ENDURE A DIFFICULT JOURNEY IN A VIRTUAL WORLD FULL OF POP CHARACTERS AND REFERENCES.

Mostly the main concept of a reality inhabited by previously discarded fictional characters. However, more sophisticated writing, better characterization and a more compelling structure would make the narrative even more unique.

Carol is a self-centered, kind of hateful character who manages to find the best parts of her inner self after a journey of self-discovery.

First, the writing is too simplistic even for children literature. It lacks more detailed descriptions, storytelling resources, and even a little more fooling around with the language, things that could enrich the narrative and the manner it is told even in an adaptation. The way it is now, it feels too plain and safe. Characterization is another aspect that requires deeper changes. The way characters are and act is too much what we expect from the very beginning, failing to surprise us or build something less clichéd, which also wastes the potential of so many interesting characters that derive from the main concept. And finally, situations and actions in general should be better developed structurally. As it is now, they don't always build up tension when it is needed, which leads to a story that fails to have the overall impact it should. With a lot of work put into these issues, an adaptation would have the potential to attract and please large audiences.