North of the Brazos 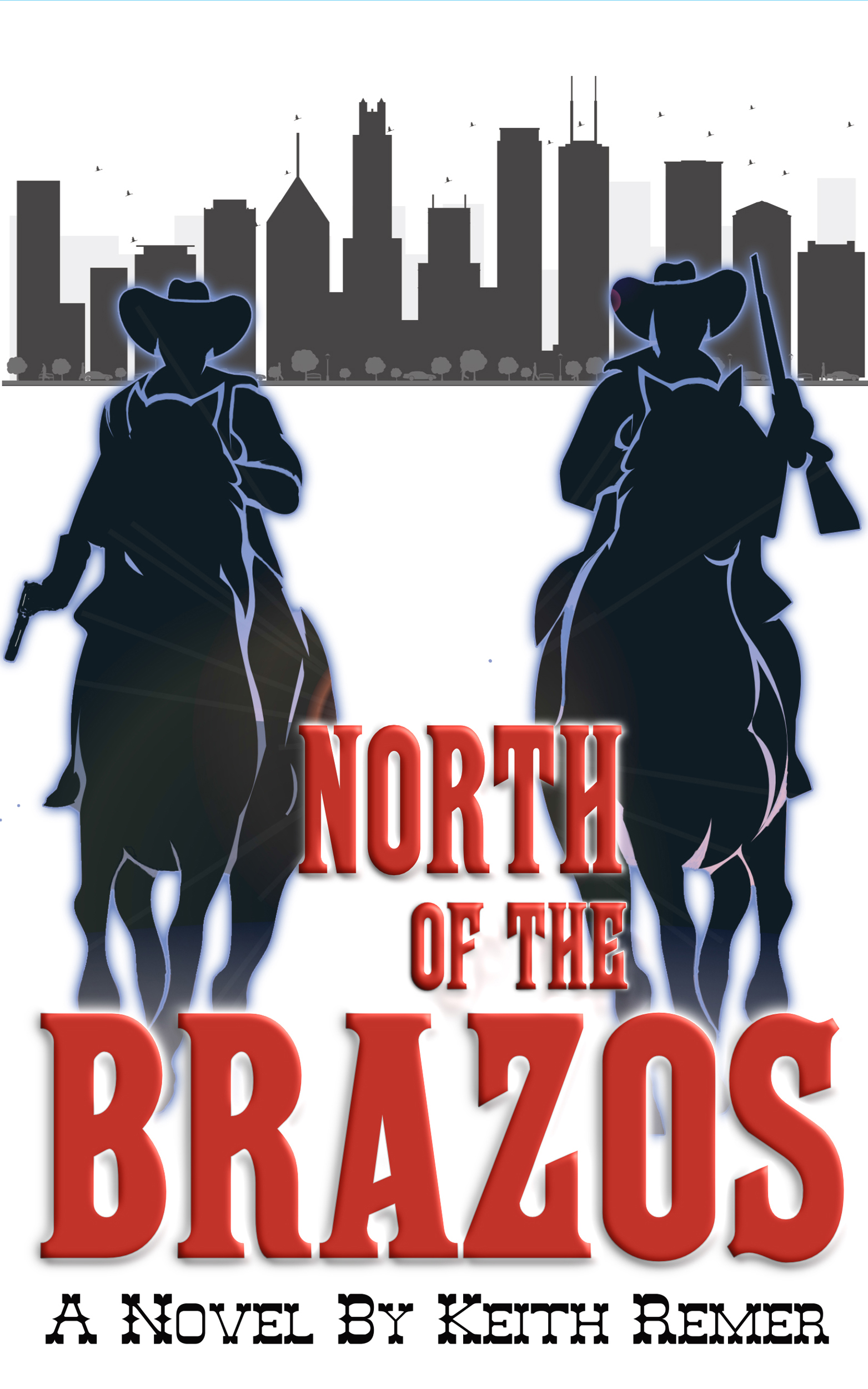 The leaders of Chicago's most notorious street gangs are being murdered in a hideous fashion. The methods of elimination are so extreme that subordinates are unwilling to fill the vacant roles, prompting a reduction in gang-related crimes. The suspects are seemingly specters from the distant past.

A man worth many billions is dying. He hopes to eliminate gang violence before he does. He hires and elaborately sets up two Cowboys widely know as vigilantes in their home state of Texas. Initially, it seems the two men are working alone. However, they are supported by a highly-specialized team.


The cowboys become legends in Chicago as "the outlaws." The tactics of the outlaws and their support team of highly-specialized professionals literally shuts down gang violence in Chicago, prompting citizens to take back their neighborhoods from the street gangs.

This is a very timely story considering the growing crimes of inner-city gangs. The citizens of these communities need a hero. The nation needs a from of relief and assurances that such violence won't spread to their communities. In Trey Remington and John Ledford we initially see two-cold blooded murderers, but as the story unwinds and the twists are straightened, we come to know them as men willing to do what other men don't have the moral courage to do. They will eventually play out on the screen as the heroes needed in specific corners of our nation today. It's often said that my novels "read like a movie." This particular story can easily be adapted for the big screen or as a limited series for the likes of Netflix.

Keith Remer is the International Indy Book Award Winner for Best in Fiction for his thriller, The Hiding Place of Thunder. Remer is quickly gaining recognition as one of today's best writers in multiple genres. To date he has written twelve novels that are in various stages of production. A retired Army colonel, Remer lives on his horse ranch in Oklahoma City.

A rich patron hires old school vigilantes to restore order to the streets of Chicago. The two hired men reek havoc on the rival gangs of the city seeking justice in a way the cops legally can't. One lowly gang member must enlist the help of the outlaw men and the cops in order to save his young cousin. The cops and the streets scramble to retain control of their operations in the wake of the outlaws' presence.

The logline and short summary are straightforward and match the narrative. The development pitch could consider explaining the themes of the story rather than lauding the quality of the writing so that the audience has a better understanding of the meaning behind the ultra-violence earlier on in the plot.

The idea that moral courage sometimes requires durastic actions including violence is a interesting philosophical concept. It is the antihero concept on steroids given the large scale effectiveness of the outlaws where they suffer little setbacks in providing justice to the city. They are almost like superheroes but without the magical realism and fantasy elements.

There is a large cast of characters; that confuses which is the main plot and which are the subplots. While the idea behind the outlaws violence is understood, violence meeting violence doesn't always seem the the long term solution. Showing how the characters are able to grow through internal conflicts will help show how the external conflicts were lastingly effective outside the simplicity of life or death. It is hard to see how gangs would stop once the immediate violent threats of the outlaws are gone without seeing how the surviving characters themselves changed for the better.

The hook is that Southern outlaws and their team take down Chicago gang violence once and for all.

This could have a large fanbase for its action heavy plot and interesting antiheroes. However, the lack of nuance in terms of structural functionalism simplifying violence to being the only solution to stop gangs may be off putting to some including a large body of the liberal crowd. This is likely to appeal to a more conservative crowd with a particular idea of justice.

This is unlikely to have awards potential because it combines the morality of superhero films and Westerns into an action heavy thriller. The characters are not able to develop enough to gain awards recognition and the themes are uncomplicated as an action thriller to garner other awards.

The originality of the story stems from the extremism the outlaws are willing to take and the hopefulness that gang violence in Chicago really can be eradicated. A greater understanding about how the violence really does transform the Chicago streets could help empathize with their harsh methods.

The outlaws are ruthless and just, but it is P-Wac's wish to rescue his cousin as a teenager himself that steals all of the emotional investment. P-wac's willingness to try and work within the system as well as try to work with the outlaws shows a bravery that the fully skilled outlaws never have to show as the outlaws have nothing to fear or lose.

This has a lot of good action elements, but the characters need more emotional growth to showcase how the violence of the outlaws is specifically affecting in comparison the the death tolls of normal gang violence.

Focusing and clarifying which is the main storyline, either ending gang violence or rescuing P-wac's cousin, would help a make the narrative easier to follow and the themes more apparent. Some of the characters need to be more dynamic with emotional growth and internal conflict rather than just reacting to external threats.