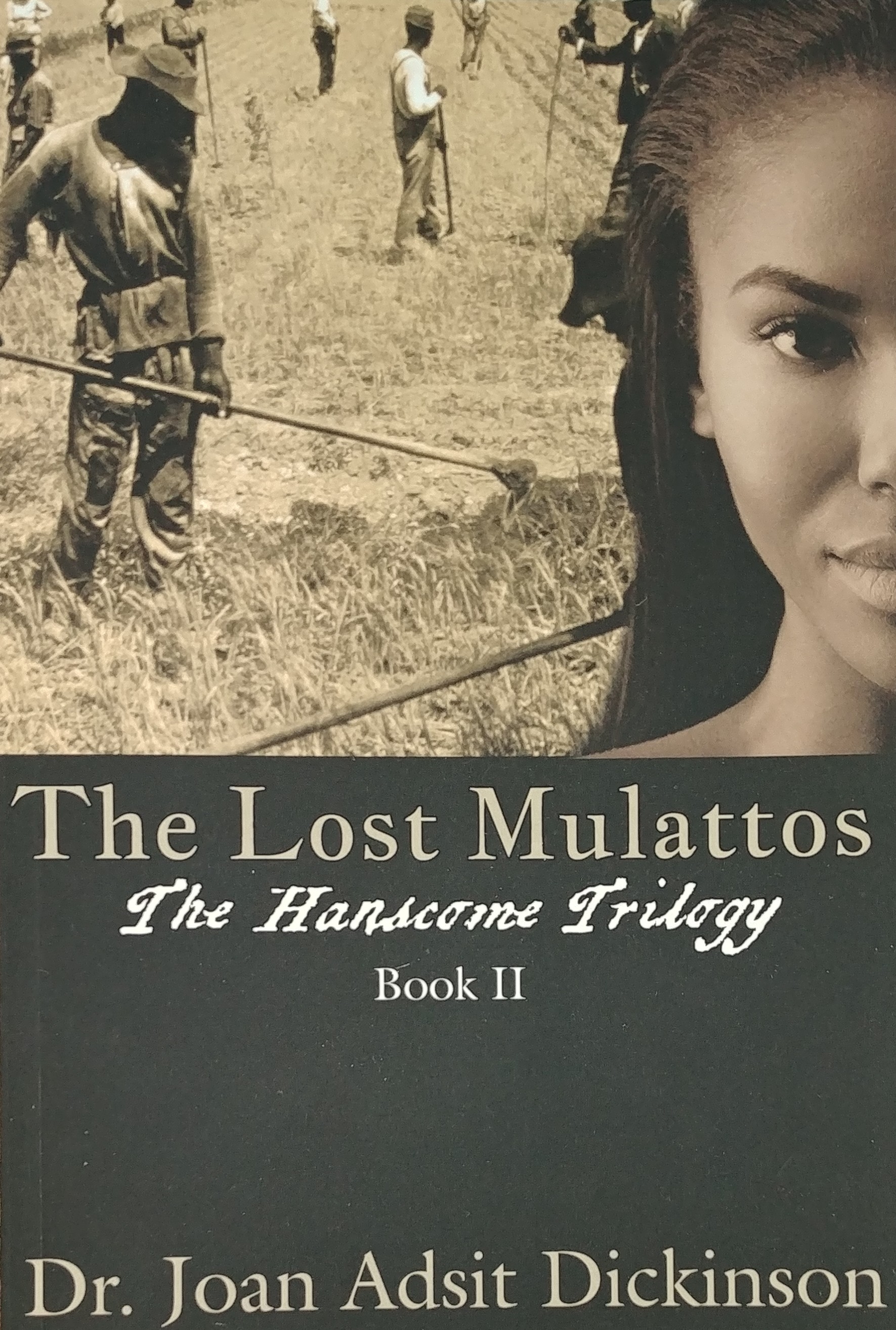 In 1752 Charles Town, Thomas Hanscome is stylishly wed. His father, the principled Presbyterian John’s Island planter, Aaron Hanscome, has finally traded his conscience for greed. The seed that slavery is good has been firmly implanted in Thomas. Life couldn’t be better. Then comes the hurricane.


After the Civil War, Thomas, now “W” for white, returns to Charleston to visit his devastated family and beloved land. His oldest daughter falls in love with the heir to their old plantation, is unable to marry him due to the miscegenation laws, and returns to Toronto, heartbroken.

The Lost Mulattos is another ROOTs true family saga that surprises, yes, spins an alternative history of slavery, one I never learned or taught in school. Black slave masters? Mulatto culture? Miscegenation? Doesn't love, as well as hate and greed, motivate? Is our insecure need to be better than others, the seed of prejudice, color-free? Well, my privileged family loved as well as exploited slaves. Mulattos (the long disparaged "M" census category) were cleanly whisked under the carpet, along with the name, and forced to choose between the ridiculous absolutes of black or white. The Lost Mulattos tells a compelling epic story of a denied 200-year history - the enticement of slavery, the birth of the mulatto class, love between the races, the fragile buffer zone between the slaves and the planters and the accumulation of wealth. If the "just one drop" rule applies, we are the largest minority in America. What a huge film audience! I see another very human Outlander or Downton Abbey that explores social classes, ethics, prejudice, loyalty, love, laughter, greed, betrayal and all the grist of life in a true historical context through one real family. Each concise chapter holds a moral dilemma; each endearing character faces hard choices. Should Thomas remain in London with his once slave Jenny, his true love? Should Nancy Randall become Thomas Hanscome’s mistress? Should young Thomas pass for white? The Hanscome Trilogy is 400 years of authentic American history in three books.

Joan Dickinson has worn many hats - history teacher, psychologist, professor, behavioral health director and international consultant, wellness columnist, public speaker, yoga and meditation instructor and author. She holds degrees from The University of Wisconsin-Madison, The University of Colorado-Boulder and The University of Northern Colorado-Greeley. She hails from Minnesota and kayaks with the dolphins near Anna Maria Island, Florida.