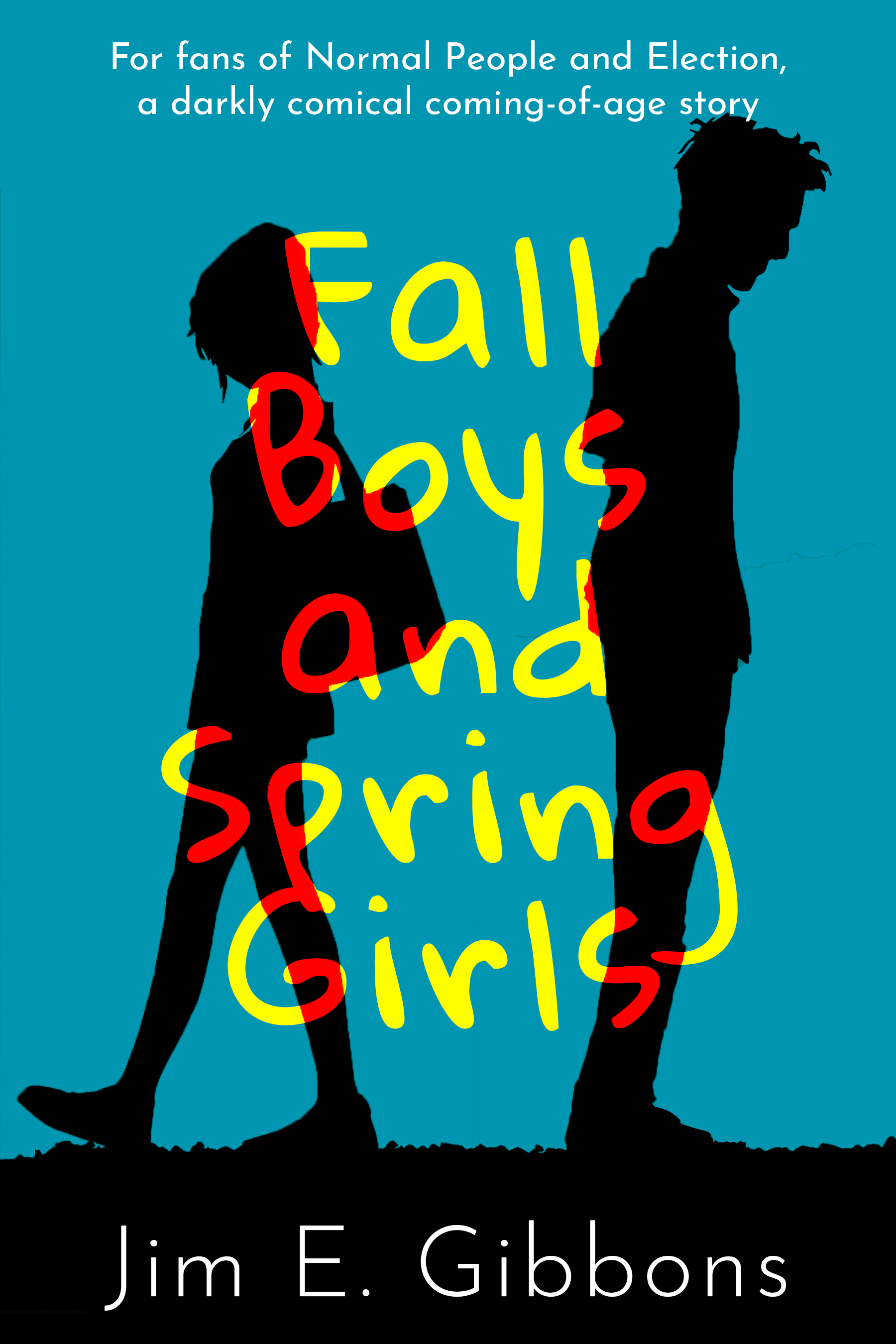 Set in the 1990's Todd Anderson hopes that by starting a new school he'll get to experience the popularity he never had at his old school. But it wasn't meant to be. At least not until his senior year where he learns it isn't worth it.

Todd Anderson, an unpopular teenager is about to start his freshman year of high school he had been going to to public school, but shortly after the school year begins his parents decide to transfer him to catholic school. He thinks things will finally be different for him, but it's not to be.


1994 senior year Todd Anderson has learned life's lessons by figuring out there is no end to life's lessons. He's dating the girl he loved since freshman year, Emily Linton and at the prom he decides to propose to her.

Fall Boys and Spring Girls is set in the 1990’s in a small midwestern town about a teenage boy named, Todd Anderson who is about to start his freshman year of high school. He had been going to public school but was never very popular. He soon transfers to a catholic school he hopes that change will change his luck with friends. Those hopes are dashed though by the class bully, Scott Baker. He’s willing to accept that if he can only get the girl he likes, Emily Linton. And he gets close to doing that until his father accepts a job in Seattle. Unfortunately, he moves away after about two years in Seattle his parents divorce and Todd, along with his mother and brothers move back to Springdale for his senior year. He finally starts dating Emily, and it looks like everything has turned out alright. But not so fast! Senior year is his most hectic year yet, as he must deal with death, drugs, and sex. The story has a wide variety of characters with Todd, the nerd becoming popular. Emily as the good, sweet, innocent girl. Scott, as the bully. Stephanie, as the rich, bad girl that’s willing to do anything to get her way. Cathy, the girl struggling with her sexuality. The story is broken up into two parts, the first is freshman-junior years. The second part takes part senior year, the class of ’94. So, it could be a television show through out high school or a movie with the possibility of one or broken up into two.

Jim E. Gibbons, has enjoyed writing his entire life. He was first published locally at a young age for his sci fi short story. Later, he received Editor's Choice Awards for his poems. He then went on to study writing at Drury University. Now, he focuses his attention on writing novels.

Todd gets fresh start when he parents decide to enroll him in a Catholic high school. Just when he starts to feel like he is fitting in and about to get the girl he is taken out and moved cross country to Seattle. Todd's parents divorce and he ends up back at his high school for Senior year. Todd's senior year is full of heavy issues, but the silver lining is he does get to finally be with the girl of his dreams.

The book profile does mostly reflect the story. The logline is a bit too vague although it is correct. Without the context that Todd switched schools and switched back to learn his lesson about popularity, it is a bit hard to follow. The development pitch does a good job explaining the downfalls of substance abuse represented in the story. However Stephanie seems to be another antagonist in based on this description in the pitch, but the character details lists Scott twice instead of Stephanie.

Todd is a fish out of water going to a new school and has a clear goal of things he'd like to accomplish. Todd's hesitancy to pursue Emily is quite realistic to how a high schooler would act about their first serious relationship due to his own issues with confidence and lack of foresight how short life can be.

The pacing of the first section where Todd is a freshmen until he becomes a returning senior and has a far more dramatic year feels delayed. Because there are so much more dramatic moments involving ODs and sexual identity and finally getting the girl the beginning seems to have less tension so increasing the tension in that part as well might create a smoother pacing. Or starting from senior year may also allow for the pacing to remain quick throughout.

The hook is that Todd learns the price of what he wanted to get out of high school and what really matters after four years of school with his friends. He learns this through the suicide of the popular school bully.

This could potentially have a decent fan base if the themes are more developed and unique. The pacing could also be smoothed out.

Given this is a high school drama with a message that is relatable but not new to the genre this is unlikely to gain much award recognition even if its commercially popular.

13 REASONS WHY, PERKS OF BEING A WALLFLOWER, RIVERDALE, CAN'T HARDLY WAIT, BRICK, THE BASKETBALL DIARIES, BOOKSMART

The originality stems from the authenticity of Todd's self-discovery senior year involving his love life and the price of being popular. His dappling in heroin is somewhat glossed over in favor of other subplots such as Cathy and Stephanie's relationship. So fully exploring Scott's fate and the complicated relationship Todd had with Scott might help keep more focus on the heavy issue.

Todd is unsure, a laid back friend and a sentimental boyfriend. Emily is more direct with what she wants but somewhat traditional. Stephanie seems attention seeking. Cathy is timid but open minded.

This has enough plot material to cover a season of television, but the subplots are a bit underdeveloped and the side characters could be more dynamic.

Creating clearer inner conflicts and transformations of the side characters would help create more three-dimensional and dynamic relationships. Add more tension to the earlier high school years with heavier subjects as well could help the senior year feel more tonally cohesive as well as the same pace. The subplots such as Cathy's sexuality, Stephanie's struggles fitting in and Emily while she is moving on from Todd in the middle could use more scenes in order to feel more developed for stronger more unique themes.