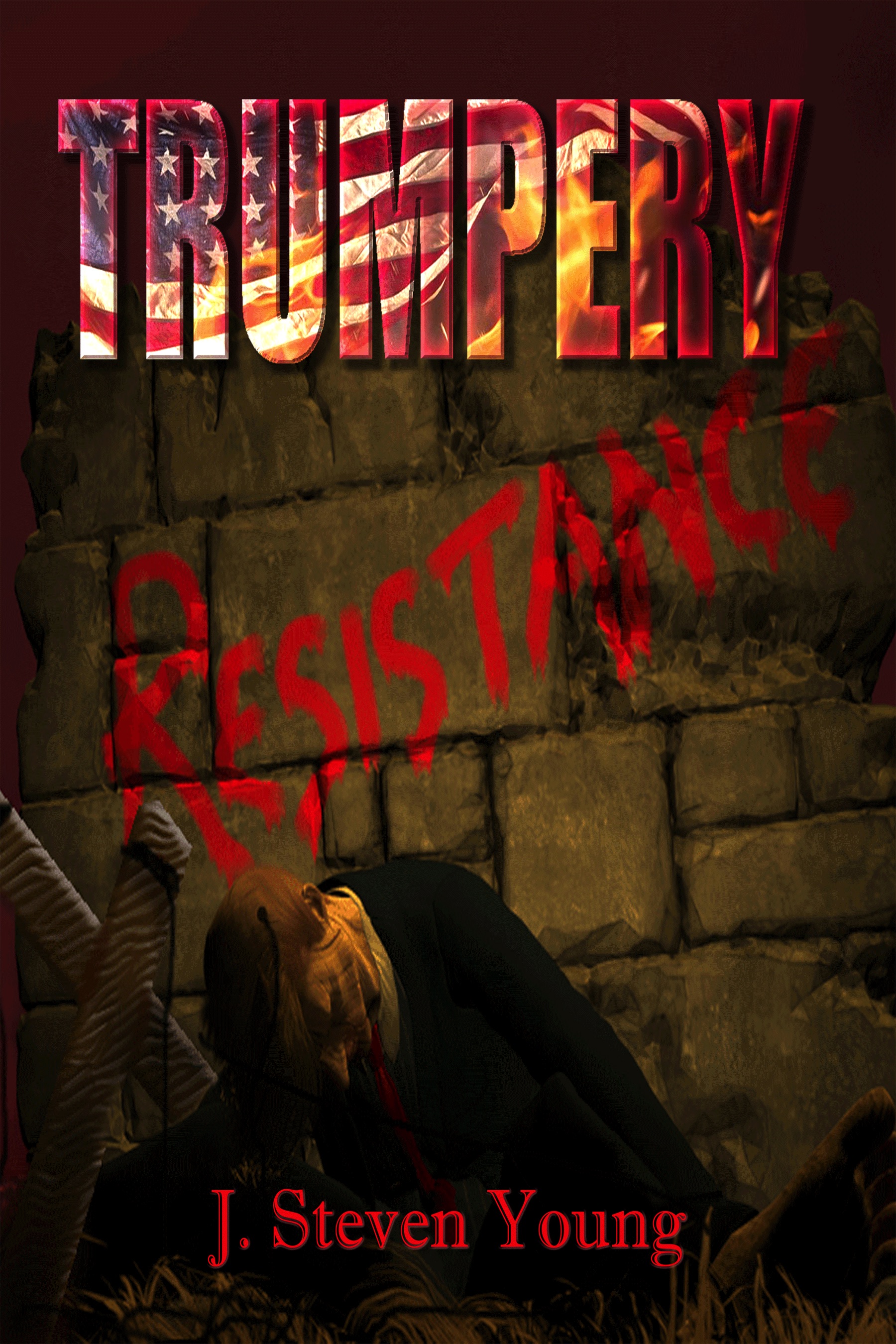 When political parties have failed, the Oligarchy tightens its grip to hold power. A puppet leader who can’t be controlled has devastated the nation and put the population against one another. In a future 150 years from now, the climate of today has reached its limit.

A young soldier's earliest memories have begun to surface, and it’s grown exceedingly difficult to deny the truth about his masters. Do the walls that surround him represent security or enslavement? Is it possible that he’s been supporting a malevolent force all along?


The hero managed to escape the destruction of the space station after killing the malevolent madman who destroyed the nation. He must catch and destroy missiles launched against sovereign nations as his resistance on the ground has begun to take control of the Republic.

As a feature film, Trumpery Resistance offers a fresh take on ‘political action’, transporting readers to a dark future that’s all too foreseeable from today’s tumultuous vantage. Defiant on all levels, inward and out, it’s a cautionary tale that’s wildly entertaining. In a twisted version of a future where the New Republic that used to be America is run by ageless ex-Presidents and the white elite, there is no room for those who are different. The protagonist has to face coming to terms with who he is, what he believes and who he loves, all of which threaten to get him killed. He is not alone in his desire to make changes. A resistance is started from within and with help from outside the walls that surround the nation, the world wants to bring down the powers that be, each for their own reasons. This is political satire, science fiction, dystopian, and a call for change all wrapped into one. Lord Dampnut is an anagram. Imagine if a madman did away with Presidential elections and made himself Lord Chancellor for all time with the aide of life extending technology stolen by Space Force.