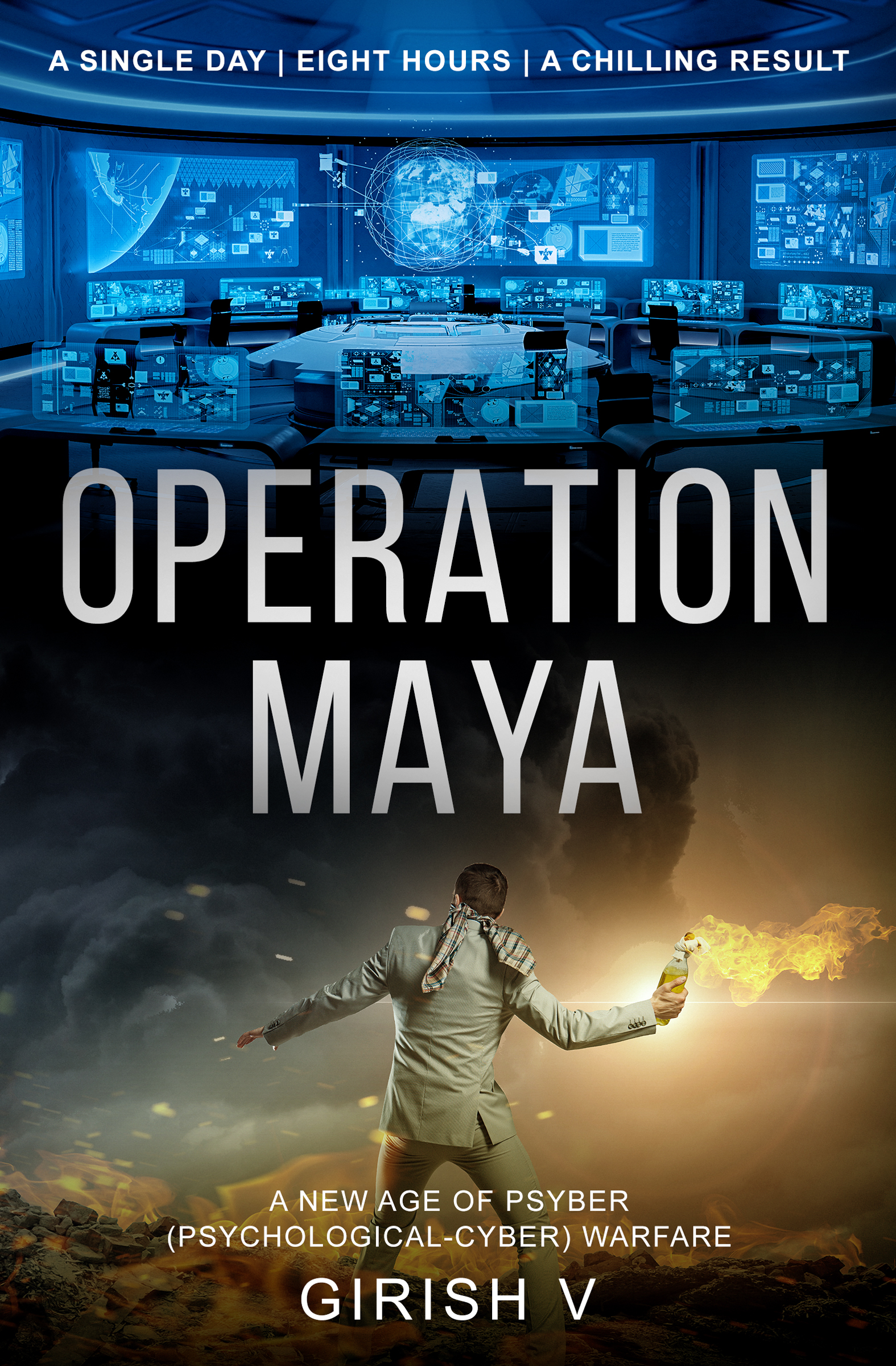 A renowned scientist is requested to participate in a harmless sounding military project. He assembles a small team to achieve the cryptic goal and unwittingly, they unleash psychological hell on an unsuspecting population. After a lot of twists and turns, the sinister objective of the project is un

The book begins with scenes of destruction and panic in Pakistan. There is confusion all around the world about the nature of the attackers. Prima facie, it appears that no nation is involved in the attacks. Everyone is left wondering what had happened in Pakistan as it implodes within itself.


The leader of a cyber team that was supposed to be running a simulation to test India's cyber defenses is left speechless as he himself had been the victim of a con. A nation state with a sinister and deep objective had used him and his team to enact its agenda.

The story is a thrilling tale of how Psyber (Psychological-cyber) weapons can be used in a new form of warfare. It talks about the currently available technology and how it can be used for manipulating an entire population and reducing an enemy to an indecisive onlooker. The story is set for execution in a span of 8 hours. A weapon is unleashed every hour in the non-confrontational warfare. The results of each weapon is showcased within the hour. The domino effects of the usage of such Psyber weapons result in a totally chaotic atmosphere that has the potential to bring any nation to its knees. The story also conveys the message that warfare is just not about calculations and there are possibilities for a lot of miscalculations resulting in unintended consequences. The story does not glorify a war but seeks to tell the audience that war cannot be an option in today's world. It also seeks to highlight the nature of how small, skilled teams can create havoc in a connected world. It serves an as eye opener for nation states to have countermeasures in place. Most importantly, the story does not talk about Pysber weapons in the future. It talks about existing technology and its usage. Each weapon used has a precedent in the real world.

Girish is a software expert with vast experience in Automation, Artificial Intelligence and Encryption. He is a serial entrepreneur based out of India. A technology optimist who is also aware of the dangers of unchecked technical advances and the results of technology abuse. He is an avid neuroscience fan and has been working on AGI (Artificial General Intelligence) since 2007.