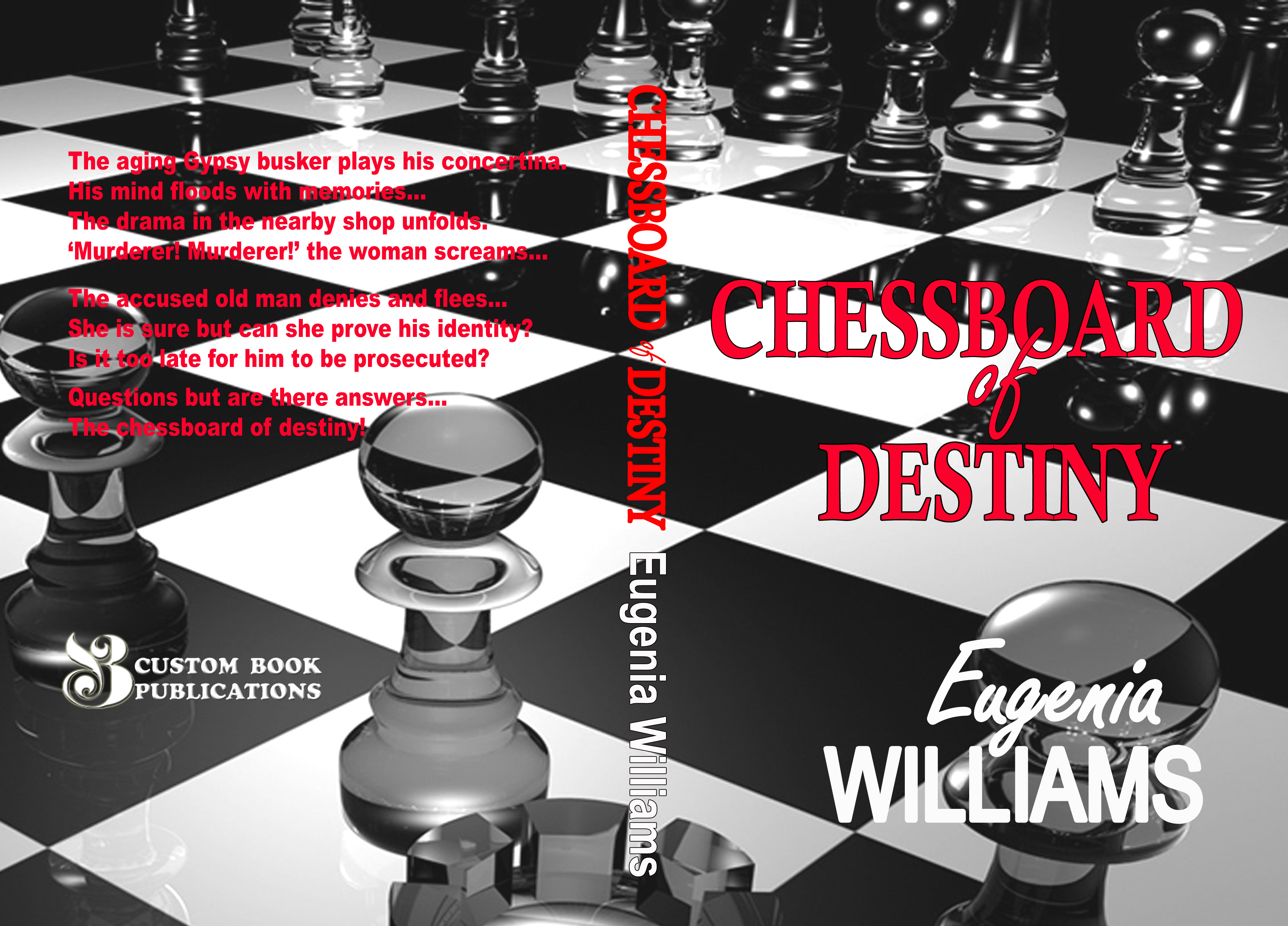 • Collecting evidence and witnesses for the identification and conviction of a Nazi War criminal, presently living in Australia. • Romani people in Transylvania, displacement and persecution, emigration and life in Australian Alps building the Hydroelectric scheme.

The Gypsy busker plays his harmonica, reminiscing and observing the passers-by. In the nearby butcher shop a drama unfolds: A customer recognises the man as a Fieldweber in Auschwitz. The Police and Interpol steps in. Two English lawyers are commissioned to collect the convincing material.


Old lovers are reunited, family ties are revealed. The War criminal is caught and is put to justice. New love ties are budding. People keep passing each other in streets not knowing that they are pursuing the same goal as the other. On the large chessboard of life one game is finalised, Checkmate!!

At the entrance to the Sydney car park, an ageing Gypsy busker plays the harmonica, reminiscing about his youth in Transylvania, his emigration to Australia, where he worked with a multicultural work force.He is observing the passersby and with a Gypsy instinct fantasising about some, who are spilling out of the car park each morning putting their destinies together. In the nearby butcher shop a drama unfolds when a woman recognises a customer as a Fieldweber in the Auschwitz concentration camp. The Police and Interpol get involved and the identification of the man, who lives in Australia under alias begins. On the huge chess board of destiny the players for unknown reasons that seem like incidents to them, are gathering and are pushed into position. Two English lawyers are commissioned to collect evidence and identification of the accused. They travel to far corners of Europe, where the concentration camps existed, giving a picture of past and present life there. The War criminal is still plotting to revenge, creating offshore businesses in LA and Brazil and laundering money to support the New generation of Nazis in Germany. This story of intrigue has a happy ending. Old lovers are united, the scheming and shady activities of the War Criminal are exposed as he is handed over to authorities. Some of the fantasies of the Gypsy busker are fulfilled. One chess game on the chessboard of destiny is finalised, finished- Checkmate!

The Author was born in Kosice, now part of the Slovak Republic. After occupation she and her family escaped to Vienna. In 1969 they arrived as assisted migrants in Australia, settling in Tasmania, where she still lives. She has been a public servant, a laboratory analyst, later a business proprietor before becoming a tutor at the University of the Third Age & Adult Education on writing subjects. Assisted by literary grants from Arts Tasmania, she wrote her autobiographical novel Yenni - A Life Between Worlds published in 2002, followed by Jenny’s Coffee House-After Yenni published in 2009. Yenni, by 2006, became the 15th best read and loved book in Tasmania. Since then she self-published a cook book Yenni in the rhythm of everyday and two of her fictional novels were published, one of those is Chessboard of Destiny Back in her native country, Jenny worked at The Social Department as a Secretary of the Invalid Committee where she met many people of Gypsy origin. Through their stories she became to respect their culture and learned some of their language.

Two lawyer investigators must go to Moldova in order to confirm the identity of an accuser in order to persecute a Nazi war criminal. Back home in their native Australia, the case brings together old lives that didn't know how close they were connected in their new lives. The holocaust's effects in both Jewish and Romani families are still felt almost sixty years later even though the victims and their descendants are half a world away.

The book profile's logline is key words about conflicts dealt within the narrative, but the logline would be more eye catching as a two sentence summary of the main idea of the story. The development pitch is very in depth and expresses the narrative while the short summaries second paragraph is slightly too vague as it is unclear who is the protagonist.

The story's setting in 2002 Australia is an unexpected place for a war criminal from WWII to be discovered and this makes proving the case complicated. The lawyers sent to Moldova are relatable as fishes out of water trying to recover an almost lost history in an exotic location.

There is a lot of focus on the investigator's travel adventures rather than the actual trial of the war criminal and their past connection to the accuser. This makes the genre and theme confusing as to whether it is about human connection, a courtroom case or a historical frame story.

The hook is that a Nazi war criminal is found hiding in Australia in 2002 and he is recognized at a bakery by one of his victims. The investigation as the frame story is also interesting as it allows a revisit to Europe without the overuse of flashbacks but also a fresh perspective on the location and history.

This could have a medium to large size fanbase depending on if the narrative is adapted to a court room prestige drama, historical period piece with a frame story, or made more into a roadtrip movie of the investigators in Europe.

This may possibly have awards potential due to the complicated procedures of prosecuting Nazi war criminals in the 21st century and the web of ethics it entails. These types of issues generally gain recognition and the older actors who would in habit the elderly parts are usually esteemed professionals with a history of nominations.

WOMAN IN GOLD, DENIAL, THE GOOD LIAR, THE DEBT, THE PEOPLE VS. FRITZ BAUER, THE STRANGER

The originality stems from combining Romani culture with the well known Jewish elements of the Holocaust. The use of a chessboard to show how everyone is connected could be clearer or more consistent to make the semi-frequent use more meaningful.

Ivor is on the cusp of starting to feel like settling down before he receives the war criminal case. He is a capable lawyer who is skillful in more ways than just his profession. Lovash is a wistful romantic filled with old world charm.

This is neither completely an investigation nor is it a historical drama. It is almost as if there are two different narratives that are eventually intertwined but when focused, the lawyer's personal life seems unrelated. If taken in the direction of solely focuses on persecuting the criminal in 2002 Australia from the perspectives of the parties involved rather than second hand through the investigation this would be more original.

Rather than telling about the past in interrogating the victims to prove the identities of the accused and the accuser, the narrative might have more tension if the story is shown from the first hand perspective more often. The romantic subplots of Ivor as less of a focus would also help clarify the genre. The story seems split between the travels and the re-connections back in Australia, so combining them more closely would likely create a more cohesive string of rising actions leading to the case.