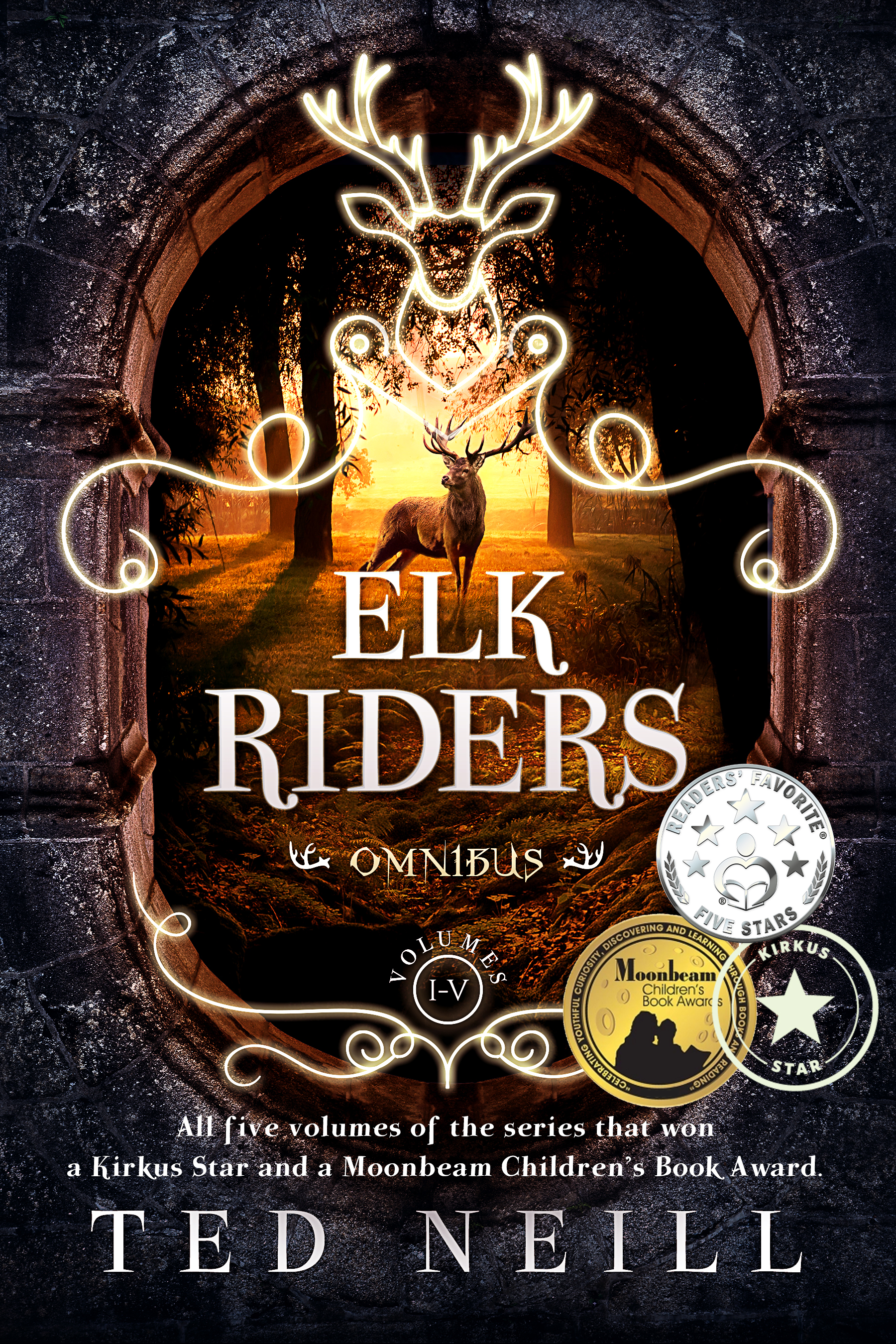 Elk Riders begins with the adventures of Gabriella and her autistic brother Dameon and follows the wanderings of Adamantus, a magic elk as he joins Haille Hillbourne and his band of misfits and outcasts as the burden of saving the realm from resurgent, dark forces falls upon their shoulders.

Two brothers attempt to wrest control of a portal to the world of the dead. A village girl, Gabriella resists them with the help of her autistic brother and a magical elk. While the brothers’ lust for power corrupts them, Gabriella embarks on a quest in which she will grow closer to her own sibling.


Adamantus the elk, in his wanderings links up disparate groups of outcasts and misfits including a wayward prince, Haille; a washed up knight, Val; an orphan, Katlyn; an outlaw, Gale; a warrior, Chloe; and many others. They face down corruption, invasion, and magical enemies to save their realm.

Elk Riders is epic fantasy with 21st century sensibilities. Themes of bridging social divides, inclusion, and diversity are woven through a plot with steady and compelling story beats. Characters with a wide variety of ethnic backgrounds are represented with male and female protagonists alike taking on issues of sexism and gender double standards, not to mention stigma related to physical and cognitive disabilities. At the heart of the adventures is the magical elk, Adamantus. He serves as mentor and surrogate father, figure much like Gandalf or Dumbledore while also serving as an endearing animal companion - in the tradition of enduring favorites like Aslan from the Chronicles of Narnia. While Elk Rider offers traditional elements of epic fantasy, e.g. redemptive arcs for charming rogues; swords and sorcery; elves, ogres, dragons and demons; a wide scope of landscapes; and sweeping battles; demographics often underrepresented in fantasy will find their stories and perspectives included as well. There is source material for several seasons of television with additional book series in the same world with the same characters forthcoming.

Globetrotter and writer Ted Neill has worked on five continents as an educator, health professional, and journalist. His writing has appeared in The Washington Post, Recovery Today, and he has published a number of novels exploring issues related to science, religion, class, and social justice. He is the 2013 winner of the Martin Luther King Jr. Torch of Peace Award. His 2017 novel, The Selah Branch, attempts to confront issues of racism and the divided political environment of the US today and the 1950s. His debut novel, City on a Hill, examines the fault lines of religious conflict in the Middle East. His most recent novel, Reaper Moon, battles the recent rise of white nationalism and white supremacy within the US, exploring the high stakes at the level of the personal and political. He is also author of two award winning memoirs, Two Years of Wonder which chronicles his time living and working at an orphanage for children with HIV/AIDS and Finding St. Lo a combined account of his grandfather Robert Fowler’s WWII experience as well as a decorated medic in his unit, Gordon Cross. Follow Ted on Facebook and Instagram @therealauthortedneill