THE SECRET OF KILLER’S KNOB 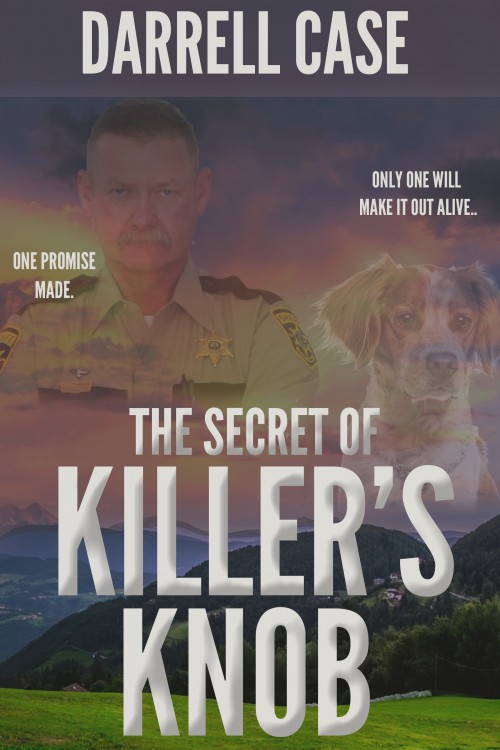 A serial killer has made the knob his private burial ground. Sheriff Buck Olson makes a silent promise to the latest victim that he will find her killer. Can he keep his promise? In the end, only one of them will survive.

Was she here, watching her murderer preparing to bury her? He shivered at the thought, yet it was not an entirely unwelcome sensation. With an eye on the thickening storm clouds, he hauled up the corpse and continued climbing the hill. Reaching the top, he shook her off.


Whirling, Eric fired, striking Buck in the chest and propelling him backward into the concrete wall. Aiming at the killer’s face, Buck squeezed the trigger. He kept firing until the pistol was empty. Then he yielded to the darkness enfolding him. From far away he heard voices, then nothing.

A hundred years ago, Killer’s Knob became famous when Jacob Adams slaughtered his entire family. Some believe their ghosts still inhabited the knob. The few how dare to visit this barren piece of ground spread stories of their experience. Now the Knob is once again the burial ground of more horrific murders. Sheriff Buck Olson discovers eight women buried next to Jacob’s family. As the investigation heats up Buck finds more victims thought-out Beaufort County. Buck promises the victims to find their killer. Determined to keep his word, Buck puts his life on the line. He makes himself a target to draw out the serial killer. Can he stop him before he murders again? Or will Buck be the killer’s next victim?

Darrell Case writes books he would love to read. Fast paced thrillers mysteries that keep you on the edge of your seat. When he and his wife Connie watch a movie, he always wants to fast forward to the action. Yet his books are written from a Christian perspective. According to Darrell, the best thing about being a writer is you get to be the first reader. Darrell and his wife Connie make their home in central Indiana.