Enemies of My Fathers - A Max Springer Novel 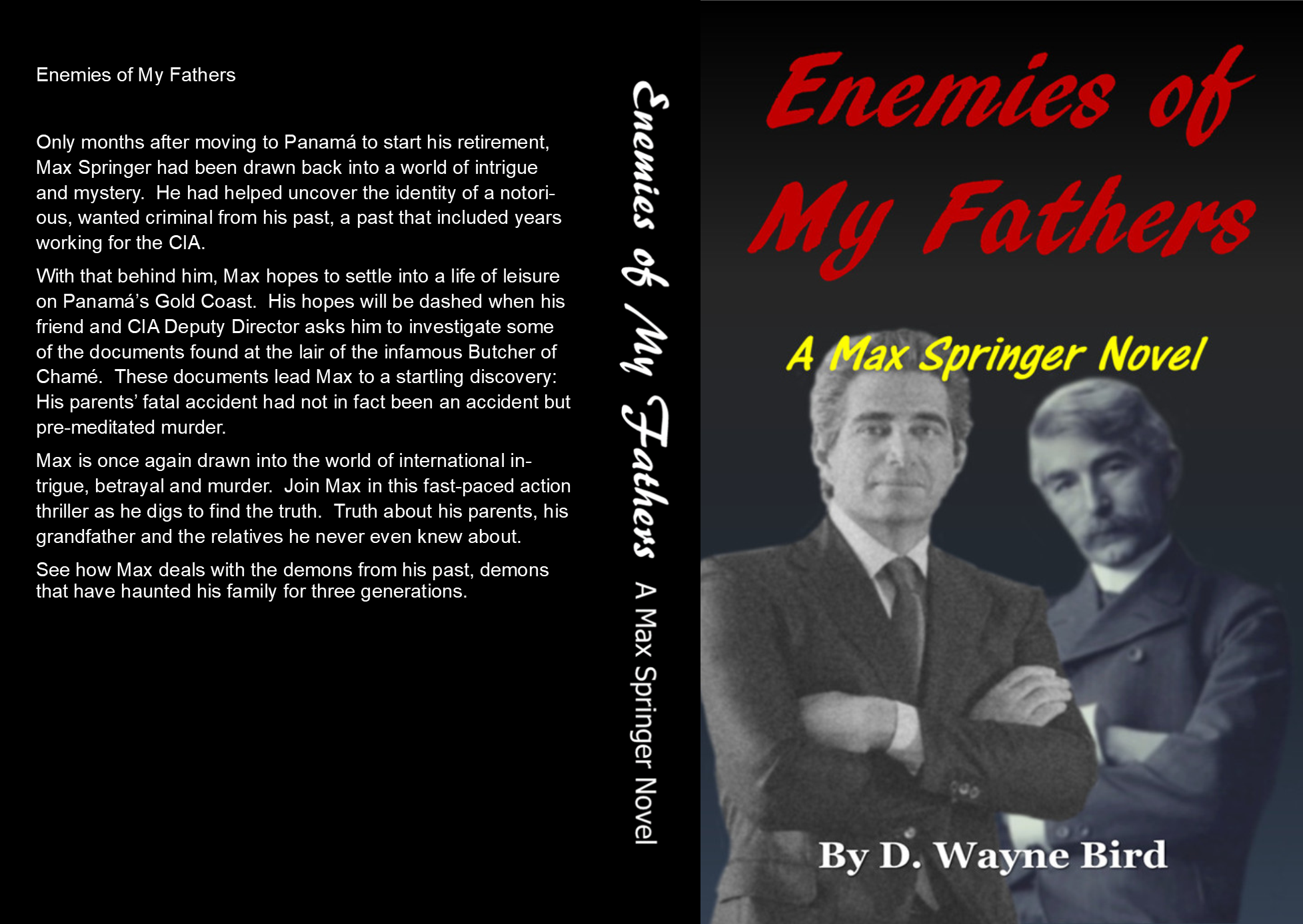 As an American expat living in Panamá, Max hopes to settle into a leisurely lifestyle. Hopes are dashed when CIA Deputy Director Paul Caulfield asks him to investigate some of the documents found in the lair of the infamous Butcher of Chamé. The documents lead to a startling discovery.

March 2017 - Max leaves Panamá and goes to Florida to finally sell his parents' home. His parents died years ago in an RV accident. As Max reviews documents found during the raid on the Butcher of Chamé's estate, we learn that their deaths were actually hits intended to keep secrets from the world


A hit man is sent to Playa Coronado, Panamá to kill Max. The CIA sends a team of two to protect Max. The hit man dies, as does one of the two CIA agents. It is Max's love interest, Kat Simms, who pulls the trigger, killing the hit man and saving Max's life.

The Max Springer books were written specifically to be made into action movies. Max Springer is a very likeable protagonist who would like to enjoy early retirement as an American expat living in Panamá. But his past -- first, as a CIA agent tortured by the Butcher of Chamé -- drew him back into the world of intrigue when he hears the unmistakable voice of his tormentor. (Book 1, Butcher of Chamé.) In book two, Max is asked to review documents found in the Butcher's lair. In doing so, Max learns that his parents' death in their RV was not in fact an accident, but a "hit." Max won't stop until he finds out who ordered his parents' deaths and why. In Enemies of My Fathers, we learn that Max's ancestors were powerful and wealthy Germans, the von Furlings. One of the von Furling boys moved to Panama and became a "Springer" because, unlike his two brothers, he did not support Hitler and the Nazi movement. The other two brothers left Germany when it became clear that Germany was losing the war, moved to South America and changed their names. Along with many other devotees of the Third Reich, they began rebuilding the party which will one day, they hope, assume its rightful place. In the meantime, they must maintain secrecy -- which Max threatens to expose.

D. Wayne Bird grew up in Southern California. He moved to Nevada in 1997 and stayed there until his retirement in 2015. He and his wife both felt land-locked in Nevada so, three days after he retired, they were on a plane headed for Panamá's Tocumen Airport where they joined the growing number of American and Canadian ex-pats enjoying a more leisurely existence.