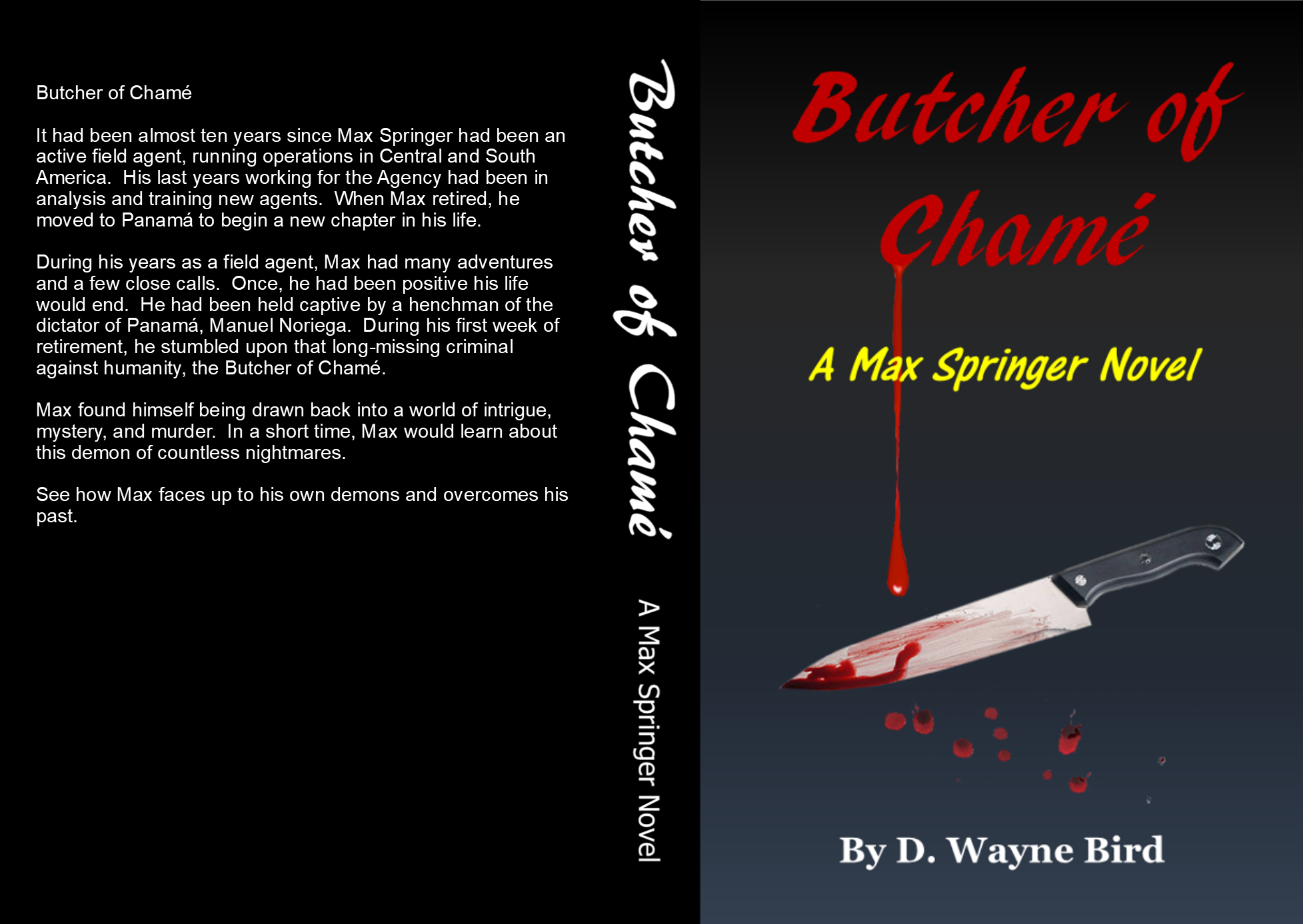 A former CIA agent retires to Panamá, as many Americans do. When Max Springer hears a voice from his past, the voice of Noreiga's most brutal interrogator, the fugitive known as the Butcher of Chamé, Max gets drawn back into a world of crime, murder and interational intrigue.

Panama 1988 - Max Jameson, suspected of being an American intelligence agent, is being interrogated by members of Manuel Noreiga's regime. He is actually Max Springer, a CIA agent who was working with anti-Noreiga forces inside Panamá. Max knows his time is short, so he plans a daring escape.


Panama 2017 - With Max, the CIA storm the Butcher's estate; gathering documentation of a global crime cartel. The Butcher dies. The person who pulls the trigger will have audiences cheering -- and it's not Max but Maria del Rosa, the young woman who watched the Butcher kill her family and village

The Max Springer series of novels will adapt easily to the big screen; think Bourne, Jack Reacher, Fast and Furious. The were written specifically to be made into a series of action movies. Action takes place in both the USA and Panamá, a place where many Americans and Canadians have chosen to retire. In future books, action will take place in other South American countries as well as Panamá and the US. Each book in the series furthers the story line. The author lived in Panamá for more than a year; and has received postive input from Panamanians and ex-pats alike about the accuracy. Although the story is fictional, it is well-researched vis a vis Noreiga's regime, the US's role in ousting Noriega, etc. The hero is a retired CIA agent. He befriends ex-pat Stan Burrows (African American, former Special Forces) and his beautiful wife Liz. Max has a love interest, ex-pat Kat Simms. Although women are not leading characters in the Max Springer trilogy, they are strong women. Maria will kill the Butcher who killed her entire village; Kat will shoot a hired assassin in book two, saving Max's life; and a female Mossad agent will storm a compound with CIA agents in book three.

D. Wayne Bird grew up in Southern California. He moved to Nevada in 1997 and stayed there until his retirement in 2015. He and his wife both felt land-locked in Nevada so, three days after he retired, they were on a plane headed for Panamá's Tocumen Airport where they joined the growing number of American and Canadian ex-pats enjoying a more leisurely existence.