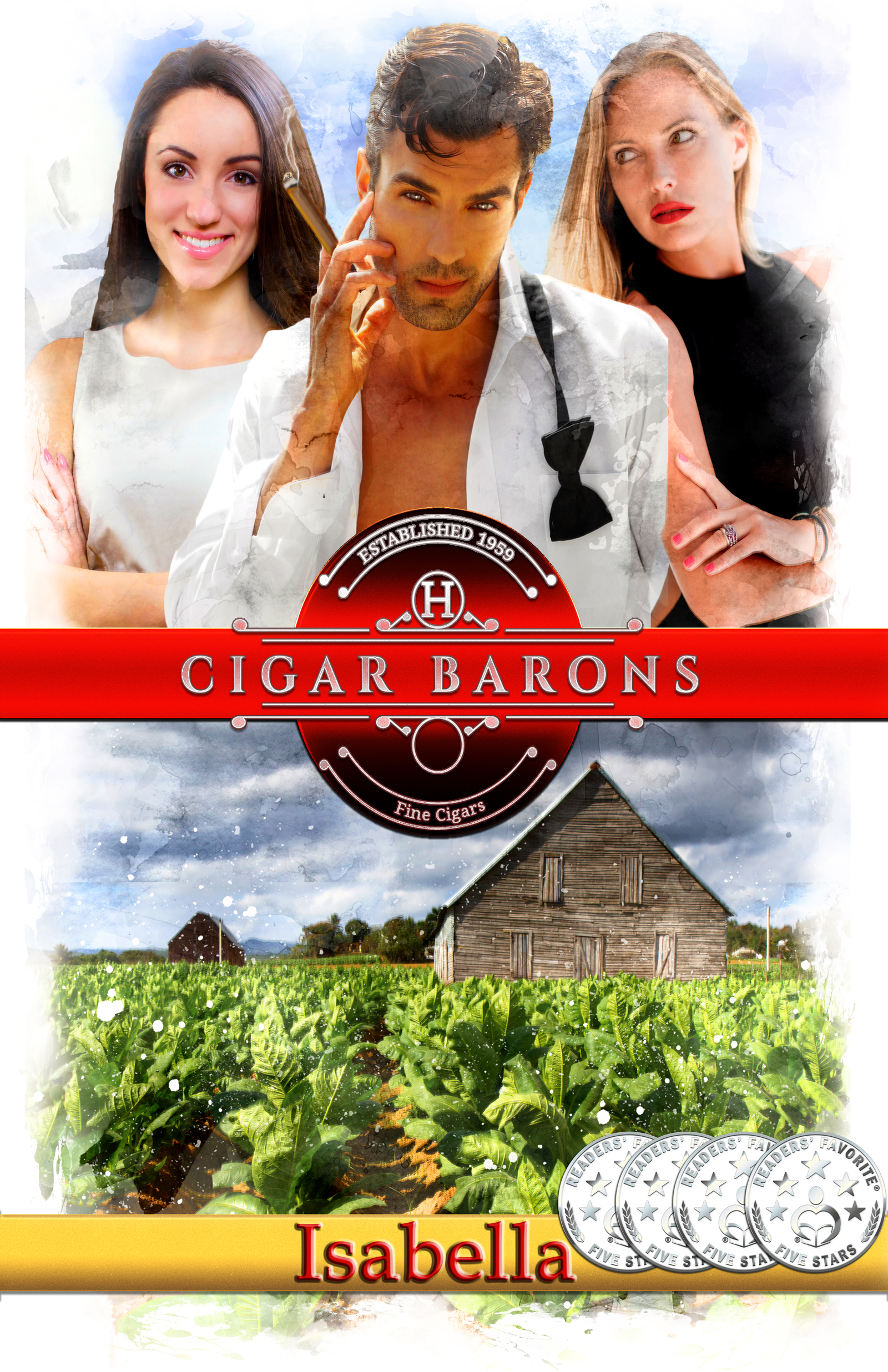 Cigar Barons is about the rich history of the Huerta family that migrated from Cuba & built a cigar business in Nicaragua. The head of the family, Don Roberto dies unexpectedly and leaves the Huerta Cigar business to his daughter, Sofia. His son, Roberto Jr. believes it sis his by birth right.

The story open with whispers of revolution in the tobacco fields in Cuba. Alejandro Huerto wants none of it and has come up with a plan to leave Cuba with his girlfriend, Maria Ferro, daughter of one of Cuba's cigar Barons. The story then moves to the sudden death of Alejandro's son, Don Roberto.


The reader finds out that RJ, son of Don Roberto, has killed is father in hopes of getting the cigar business. There is only one problem, the law firm hired to prove his inheritance has just proven he isn't the son of Don Roberto, but Don Roberto's brother Manuel, Manny Huerta.

This is a great family drama - think Falcon's Crest meets Dynasty but with a Latin flair. Huerta Cigars is a result of the combined passion of patriarch Alejandro Huerta, who emigrated from pre-Castro Cuba to Nicaragua, and his sons Roberto and Manuel. Their unwavering dedication to their dream of producing the best cigars made for a successful business. Sofia Huerta is Don Roberto’s daughter, and she is making a name for herself with her own line of fine, boutique cigars. One late night phone call will change Sofia’s life forever. Rushing to Nicaragua from San Francisco, her only hope is that it isn’t too late to save her father. Add an arrogant son, Roberto Huerta, Jr. might be a Huerta in name, but his womanizing, drinking, and carefree lifestyle have kept him at arm’s length from his father. RJ think’s his father’s freak accident will leave him as the rightful heir of the family empire. He couldn’t have been more wrong. A turn of events will pit brother against sister as they fight for control of the Huerta empire. Sometimes secrets and lies aren’t the only thing living in the closet, and there is only one Huerta that can continue the family legacy of excellence in this romantic mystery with a twist. In Cigar Barons, blood isn’t thicker than water—it’s war.

Isabella is an award winning author and has written thirteen novels and just released, Faithful Valor, third in the Faithful Series. Check out Cigar Baron's a family drama with a twist, or Twisted Deception, which recently won a BEA award and an honorable mention in the Reader's Favorite award in the Suspense category.