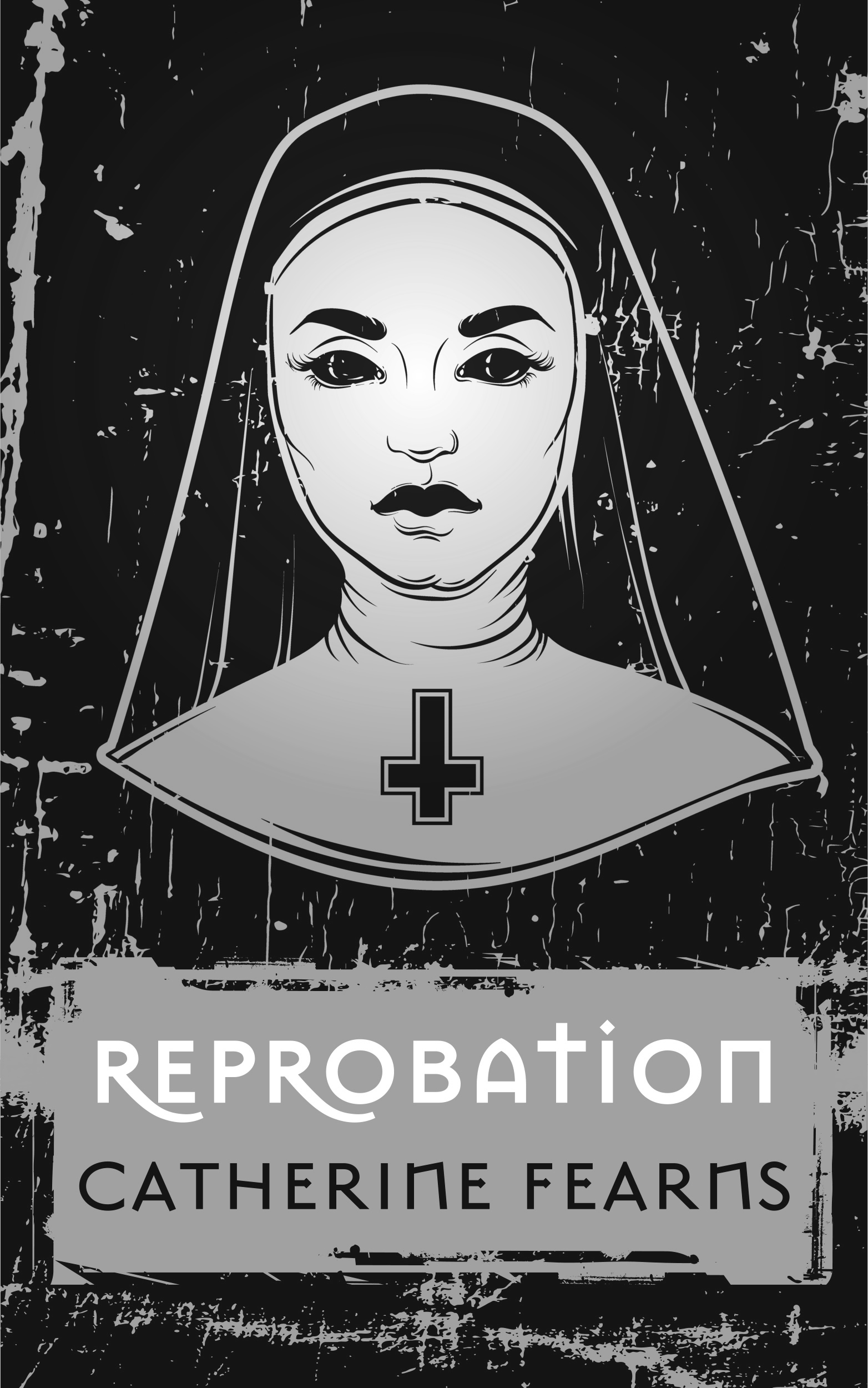 When a body is found crucified on a Liverpool beach, an unlikely alliance is formed between a Calvinist nun and a heavy metal guitarist, as they go on the trail of rogue geneticist who may hold the key to something even darker than murder. Science meets religion in DI Darren Swift's first case.

The body of a young man is found crucified on a windswept Liverpool beach, a mysterious religious carving on the cross above his head. Cynical young Detective Inspector Darren Swift goes to a nearby convent looking for answers, where he meets eschatologist and Calvinist nun Dr. Helen Hope.


Helen is kidnapped by the murderers (still to be revealed to readers/viewers) and taken to their makeshift genetics lab hidden in the countryside. The missing baby is there. Helen is rescued by Mikko who brings his whole tour bus straight from a gig. But there is a twist...

Reprobation is a crime thriller with a supernatural twist. It can be interpreted as a straight police procedural, or readers/viewers can consider the possibility of a world beyond our own. The setting makes full use of Liverpool's urban gothic potential, and the themes of religion, genetics and heavy metal music are exciting and different. My readers have really fallen in love with the unusual heroes, Helen Hope, Darren Swift and Mikko Kristensen. Helen is an eschatology lecturer and a Calvinist nun, her life devoted to atoning for a secret crime. Darren is a cynical young detective, promoted too quickly and out of his depth, and struggling with homophobic discrimination in his past. Mikko is a Norwegian heavy metal guitarist with a criminal record and a body covered in tattoos, but a heart of gold. The suspects keep readers/viewers guessing until the very end, and there are violent murders, shocking twists.. and romance.. throughout. This book would make a perfect screen adaptation, and there are also two sequels, with another in the pipeline.

Catherine Fearns is from Liverpool, UK. She has published three crime fiction novels with Crooked Cat Books; Reprobation, Consuming Fire and Sound are all Amazon bestsellers in multiple categories. Reprobation won a Readers’ Favorite Silver Medal and has also been adapted as a music album. Catherine writes for music website V13, and her music journalism has also appeared in Pure Grain Audio, Broken Amp and Noisey. Her short fiction and non-fiction pieces have been published in Writing Magazine, Motherdom, Here Comes Everyone, Toasted Cheese, Offshoots & Metal Music Studies. She holds a degree in History from Oxford University, a Masters from the London School of Economics, and is a member of the Crime Writers’ Association and the Geneva Writers Group. When Catherine is not writing, she plays guitar in a heavy metal band, mainly to annoy her four children.

In a sleepy English town, a body is found causing a raucous in the police department. DI Darren is trying to figure out the case when more elements start to pop up as well as more bodies. Helen is a Calvinist nun who gets caught up in the drama. When a baby goes missing, religious clues lead to the criminals.

The book profile does accurately reflect the book.

The story is very descriptive when explaining the locations. It sets the scene very well. There is a great deal of talk about eschatology and religion.

The book deals with overzealous sectors of the Christian faith which is interesting but also deals with Satanism and theories surrounding predetermined sin. There are many different ideologies thrown at the audience.

The hook is that a string of murders happen in this small, quiet town and a religious fanatic is using Christianity to choose the victims.

This could have a large fanbase because crimes centered around the Catholic church or Christian faith have generally found success. It deals with different beliefs for Christianity that Christians won't be offended and attract others for the solid story and plot twists.

This could have awards potential if the story is directed with the exploration of Christianity and Satanism.

The story is not very original. The ideologies the crimes are based on are different but not starkly from other stories surrounding a religion.

The character that stands out the most is Helen. She is a Calvinist nun that is very dedicated to her faith because of a mistake she takes personal responsibility for. She is looking to live a life of punishment as penance. She is swayed from her life of service through the events of the story and another character.

This is an above average story that has an interesting take on the typical formula. Also for an American audience, it is different than many other crime shows as it resembles English crime television.

This story is a recommend because it has all the elements of a great crime story that is suspenseful and uncomfortable. The story keeps you guessing and has good twist.