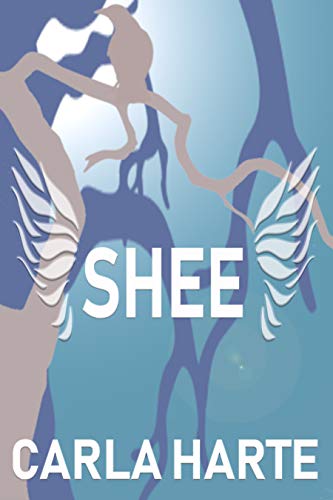 A naïve, socially inept young girl is murdered and thrust into the magical Otherworld, where she must seek help from an unlikely ally as they face a race against time to save both realms from an ancient unbeatable evil.

Anxious, antisocial teenager Orla Heaphy leaves a night out, only to be murdered as she is walking home through the woods. Missing her opportunity to pass into the neverafter she finds herself trapped in the Otherworld. But evil is coming and she must set off on a fated journey to seek help.


Orla and her friends are victorious in battle and Orla is hailed the new ruler of the Fae, but first she must choose between her mortal past or a future with new friends. She chooses friendship but as she settles into Fae life, word arrives that her oldest friend has vanished and needs her help.

Shee is a magical journey of self-acceptance that follows underdog Orla, an anxious, socially awkward teenager and the friends she makes on her journey, a myriad of quirky creatures that stray from the stereotypes of myth and each fighting their own internal battle. A lonely self-depreciating Púca, a meat hating, cowardly kelpie, a self-conscious dragon or a six foot, childish Leprechaun. These eccentricities endear them to the audience but at the same time, it is these qualities where we discover their true strengths lie. The more they bond and trust each other, the less their difficulties affect them until we see them jumping from cliffs and taking on the unbeatable Fomorians in a battle for the end of days, emboldened by their faith in each other. While Orla, bolstered by a belief that she is the chosen one, comes to understand that the strength she needed was inside her all along, she just needed to believe in herself and that only comes from finding the true meaning of friendship. The overriding message of Shee is that it's ok to be different and if we embrace those differences, in others and ourselves, then we are capable of anything. Shee would make a stunning motion picture. Set on the dramatic Wild Atlantic Way in Ireland the story takes in some of the most well-loved Irish landmarks and carries an underlying message about the commanding power of nature and the fragility of the world we inhabit. Shee is a warm, lighthearted adventure that would appeal to all ages.

Carla Harte is a writer and home-maker based in the UK and Ireland. She published her first fantasy book "Shee" in April 2019 followed by crime thriller "Uncatchable" later that summer. Carla writes an eclectic mix of Murder, suspense and fantasy and has also written, illustrated and published several environmentally conscious picture books to help highlight the danger of plastic waste to young children.