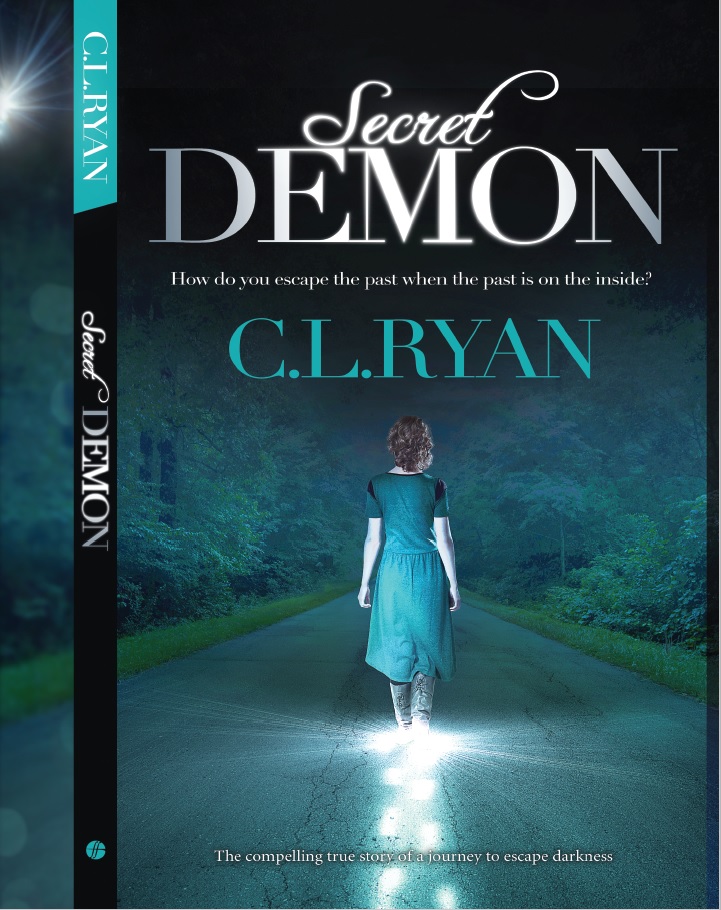 Based on a true story Secret Demon relates to an astonishing and often harrowing childhood of a girl whose life is beset by abuse, and demonic activity.

Megan Murphy was born into a family where the mother Patsy hides a terrible secret. Unwanted and unloved by her mother she is sent to live the early part of her life in Southern Ireland, where she lived in a remote cottage, safe and loved with her Grandmother.


This supernatural tale see Megan embrace her true nature, finally harnessing it to take on her playground tormenters, one little girl's battle against abuse and neglect, and she wins through to tell the tale as they say.

I get so excited just thinking about my series of books, as I have continued to write they have evolved, each book with the door left open, leaving me lots of options to play with. I think this series would make amazing films, it's supernatural and could run on a similar but different vein and theme to films like Twilight Set it in Southern Ireland, the opening scene the fair, Heavy horses pulling the plough, smoke rising from the food stalls, hundreds of people milling around, its a hot day, Patsy heavy with child is watching her man mountain,the camera sweeps in from above down into the field where the ploughing match is taking place, sounds of chains banging horses snorting, and men calling to straighten the line. As the books evolve some fabulous characters have appeared, two in particular, Daisy the Donkey, and Thomas Jones, both have their books, written, edited and ready to publish, in every book there is a new character that stands out, and this is a series I could continue to write for some time.

Ryan discovered her passion for writing at the ripe old age of fifty-five. She found herself living in idyllic rural Southern Ireland as a child, returning to a unpleasant and harrowing home life in Bristol. She survived to tell the tale as they say, her books are based on her memoirs.

An unclosed protection circle allows a demon to re-enter the lives of four generations of witches. A curse that Blodwyn saved her daughter, Patsy, from as a child becomes part of her granddaughter, Megan's, everyday struggle. Patsy struggles to control her own inner demons as Megan struggles with the demon, abuse and neglect. When it all becomes too much there is only one person who can save the family.

The development pitch is more about the series rather than the specific narrative. Focusing more on why the story in particular should be adapted would help get it more noticed. Upon reading the story, yes, the characters have potential for interesting narratives in their own right, but the characters lack context in the development pitch without prior knowledge of the narrative.

A family of Welsh-Irish witches with a demon problem allows for multiple interpretations as to whether the demon is really an external or internal conflict. The setting is enchanting and timeless while being relatable and fresh.

The embodiments of evil in Patsy's family and Megan's school are somewhat static without clear motivation to provide humanity to their actions. Patsy's father is extremely abusive, Harold is creepy and the schoolchildren are mean, but there is no clear reason for their selective treatment of the witches outside mentions they are poor or troubled. For example, Patsy's father beats Blodwyn for costing him a respectable job because she's a witch but Blodwyn herself seems to have a successful practice and no persecution for her lifestyle.

The hook is that Patsy's post partum depression is either linked to a physical demon or completely psychological but either way the after effects cause years of abuse and neglect in Megan's early life.

This could have a large fanbase if turned more into a horror film rather than a supernatural drama. The suspense stems from Megan's survival against the demon but there's more than one demon including her caregivers so there is constant tension in her safety. As the demon is shown to also provide protection against evil people, there is constantly a corrupting presence but it is unclear if it is helpful or harmful.

Given the supernatural elements of the plot it is unlikely to have awards potential given the fantasy nature of the piece, but it could gain notice perhaps in Patsy's character depending on how deep her postpartum is explored.

THE BABADOOK, HEREDITARY, PRACTICAL MAGIC, BEDAZZLED, THE WITCH, THE OMEN, IT FOLLOWS, IT

Focusing on Patsy's postpartum depression as either the external physical manifestation of a demon in how it affects Megan internally or giving a reason for Patsy's internal conflict due to an external demon are both compelling. It is unclear however if Megan or Patsy are meant to be the protagonist and to which the emotional investment for their success should be strongest. Defining the conflict as either Megan's or Patsy's in a different structure could help clarify their importance.

Thematically the postpartum monster and the themes are quite strong. Whether the monster is internal or external is a compelling hook. The main characters are charismatic, but fraught with hardships. The structure of different flashback sections in more focus on different characters eventually stops providing new information so would need to be streamlined. The human villains would need to be humanized and the dialogue more nuanced. However, overall the Welsh witches struggling to keep a demon out of their family is a memorable tale.