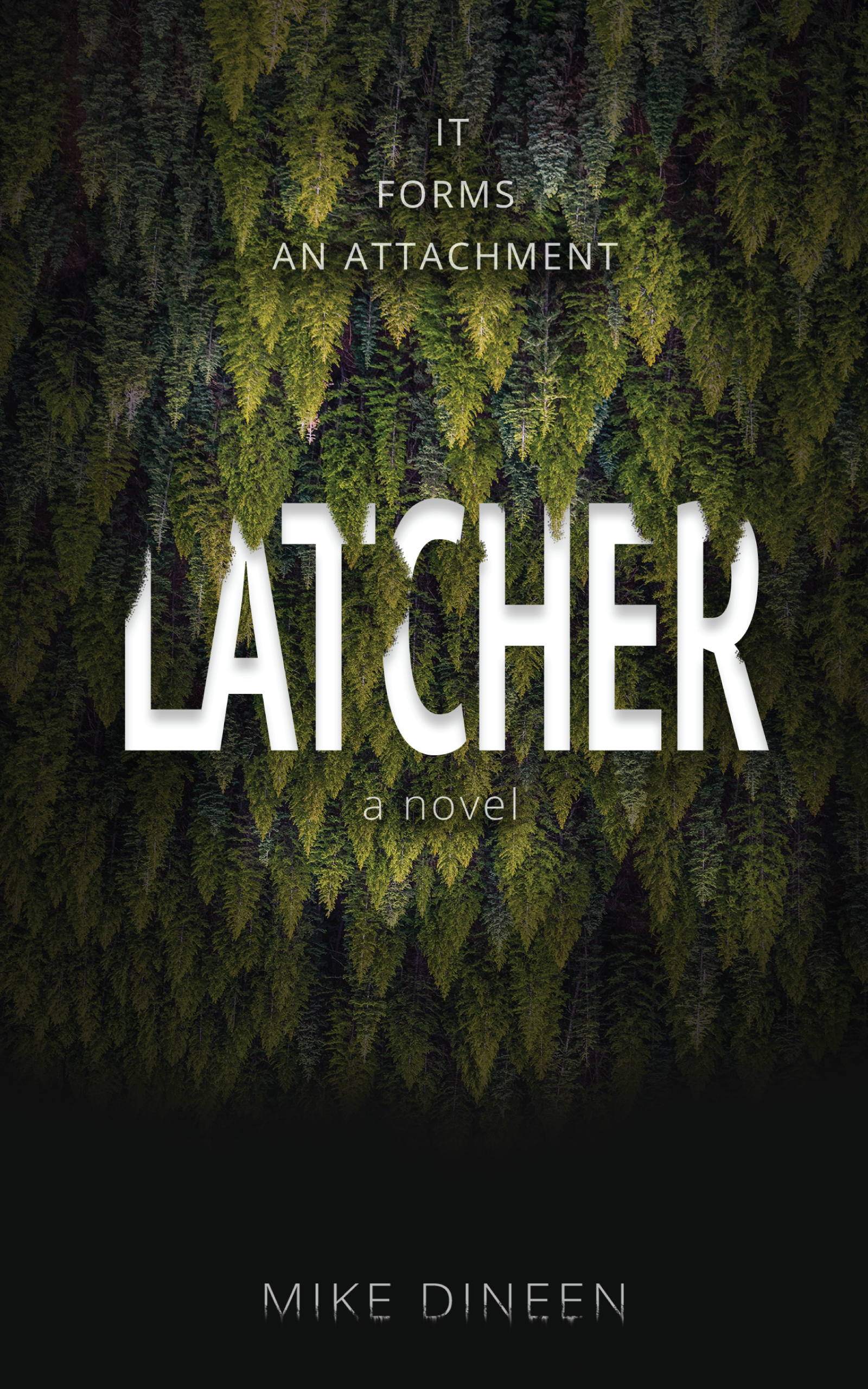 Two sisters reunite to investigate their agoraphobic mother’s disappearance from the isolated childhood home that continues to haunt their nightmares.

Joanna's reclusive, mentally unhinged mother has gone missing. While en route to investigate her whereabouts, Jo and her sister, Amanda, become stranded and are forced to journey into a forest that grows stranger and deadlier the closer they get to the isolated home they grew up in.


To survive this homecoming reunion, Jo and Amanda must untangle themselves from secrets that have plagued their family for generations and face a skin-crawling discovery: The inner monster that's been haunting their dreams for 38 years is waiting for them in the walls of their mother's house.

The woods and a house in the woods.

Latcher is a gripping horror tale that asks the question: How do you let go of the past, when the past won’t let go of you? It features an atmospheric, nail-biting fight for survival similar to The Ritual, interwoven with a psychological mystery and tough yet vulnerable heroine akin to Sharp Objects. The tension is kept high throughout, with reveal after reveal that keep the audience guessing until the end. With 90% of scenes taking place in the woods and a house, as well as a small cast of fully fleshed out characters, Latcher offers high return for a modest budget. And because the scariest monsters are those that reveal themselves at the very end, Latcher’s creature—a parasitic abomination that lives in the walls of Jo’s childhood home, feeding on her family’s despair—only reveals itself in the final few scenes, keeping special effects costs down. Latcher works well as a feature-length film, focusing on the protagonist’s journey to lay her past and the inner monsters that haunt her to rest. Alternatively, it could make for an excellent limited series of four-eight episodes, delving deeper into the stories of the secondary characters, who each play a unique part in the mystery Joanna is tangled in. Beneath the horror of Latcher, audiences will enjoy a deeper metaphor about the ties that bind us to each other, while simultaneously tearing us apart. At the same time, Latcher is high-concept with a marketable tagline that hooks audiences at a glance: “It forms an attachment.”

Mike Dineen grew up in small-town Southwestern Ontario where he spent the majority of his youth wandering the nearby woods, reading and watching all things horror, and dreaming of one day writing horror stories of his own. By day, Mike is the senior copywriter of a Toronto advertising agency, where his storytelling skills and video campaigns have garnered many awards over the years. Along with over ten years of professional writing experience, Mike has a degree in creative writing from York University, where he achieved the bpNichol Award for his writing accomplishments. Mike lives and writes in Hamilton, Ontario, a quiet-ish city with a harsh reputation and a beautiful escarpment running through the middle of it. Learn all about Mike at mikedineen.com