The Stranger from the Sea 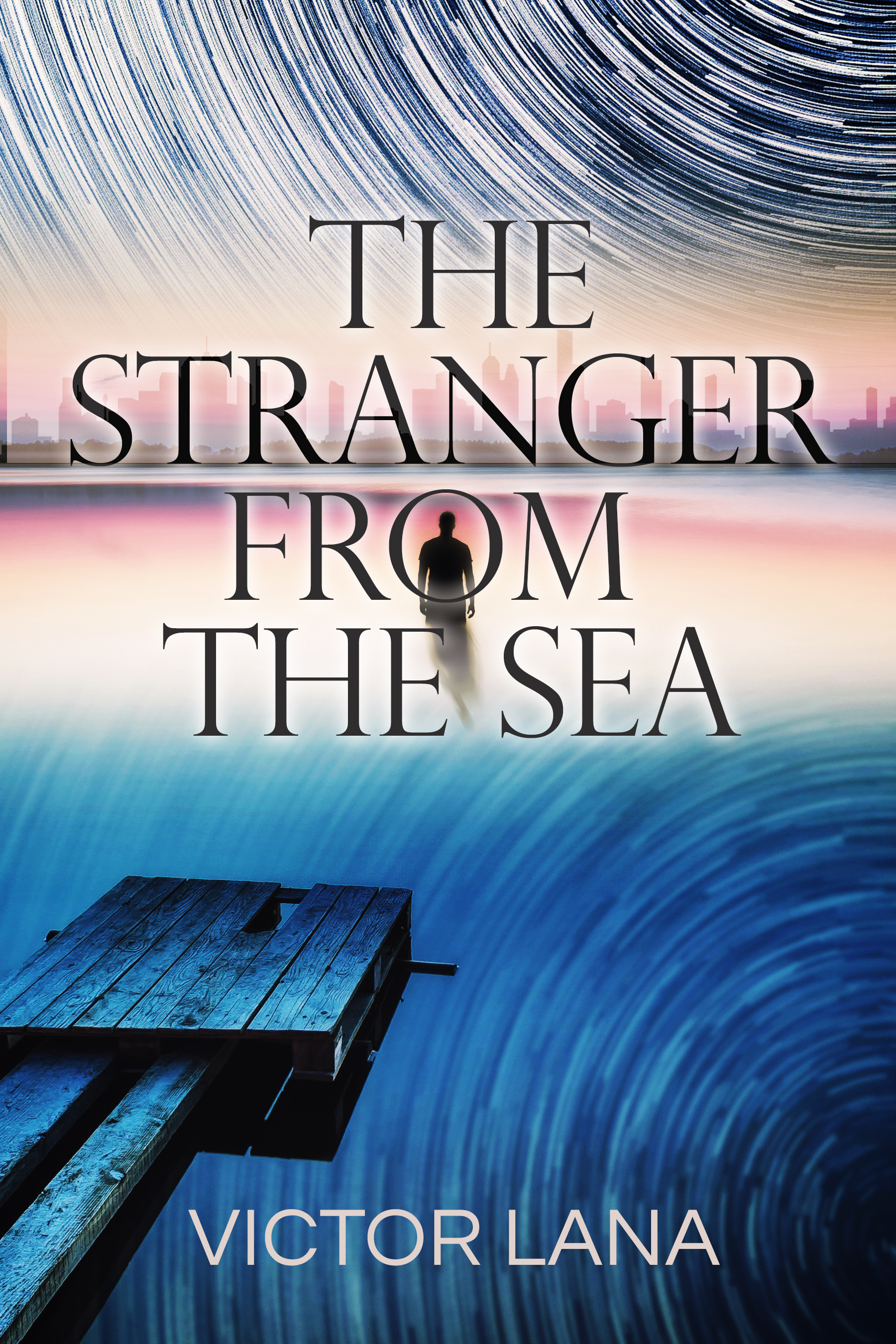 Joanna is a lonely woman living near the ocean in Montauk, New York. One day she finds a naked man lying in the surf. When a mysterious ship is found, causing a government investigation, Joanna begins to believe that that he may be from a place that is not just beyond the sea but out of this world.

Joanna McCrae finds a man naked on the beach. She falls in love with him, but discovers he is from outer space. The government is looking for him, and a killer who was part of a force that destroyed his planet is pursuing and captures him. Can he ever find his way back to her again?


Anderson defeats his enemies from space and finds his way back to Joanna. He also rescues people from his home planet and brings them back to Earth to start over. Joanna and he start a family and have happy lives.

This story goes from the tiny grains of sand on the beach where Joanna finds Anderson, the naked stranger, to England, Australia, and the planet Psodenia that is destroyed by war. The attractive couple at the heart of the tale come from literally and figuratively different worlds, but are drawn together by decency, inner goodness, and the essence of the human spirit. Joanna discovers that a person can be from another planet but still be humane. Anderson is pursued to Earth by a killer who's forces destroyed his civilization. The action takes him back home, where he finds his old nemesis Zgrbme among the survivors. He wants to take revenge on their attackers, but Anderson feels his plan will kill too many innocents on that world. Their battle will lead them back to Earth and put Joanna in the middle of a deadly duel. The story has scenes that feature the beauty of space, the horror of war, and emphasizes the importance of every life (human or alien). Besides the mystery and science fiction elements, at the heart of The 'Stranger from the Sea' is the love story of Joanna and Anderson, who may be star crossed lovers destined to never be. Can they overcome the odds against them?

Victor Lana's stories, articles, and poems have been published in literary magazines and online. His books 'A Death in Prague' (2002), 'Move' (2003), 'The Savage Quiet September Sun: A Collection of 9/11 Stories' (2005), and 'Like a Passing Shadow' (2009) are available in print, online, and as e-books. His latest books 'Heartbeat and Other Poems,' 'If the Fates Allow: New York Christmas Stories,' 'Garden of Ghosts,' and 'Flashes in the Pan' are available exclusively on Amazon. After winning the National Arts Club Award for Poetry while attending Queens College, he concentrated on writing mostly fiction and non-fiction prose until the recent publication of his new book of poetry, 'Heartbeat and Other Poems.' His new novel 'The Stranger from the Sea" is now available on Amazon. He has worked as a faculty advisor to school literary magazines and enjoys the creative process as a writer, editor, and collaborator. He has been with 'Blogcritics Magazine' since July 2005 and has written many articles on a variety of topics; previously co-head sports editor, he now is a Culture and Society and Flash Fiction editor. Having traveled extensively, Victor has visited six continents and intends to get to Antarctica someday where he figures a few ideas for new stories await him.