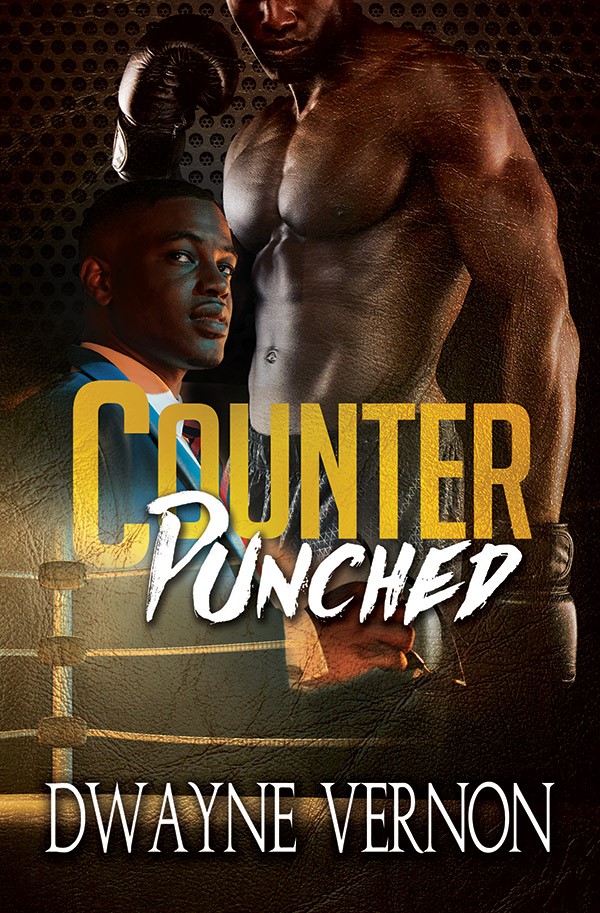 A Heavy weight Champion of the world (Boxer) finds his hardest fight is outside the ring vs inside. C'Zar meets a young man at a wedding and want's to stop dealing with his cut man who he has a No Strings Attached sexual encounters with Taylor, who in his mind thinks something else.

Boxer who is not on the DL but is not out to the world meets a man at a straight wedding and finds himself instantly attracted. But he is afraid to let his guard down his secret could be exposed.


C'Zar is forced to come out to the world.

Fighting for your life is normally a figurative expression used to depict hardship or rough times. We teach our young boys to always keep their head's on swivel while playing sports. Another way of saying have eyes in the back of your head to watch your surroundings and own back! What happens when you are undefeated in the ring and Heavy weight champion of the world, but yet your toughness fight is outside of the ring and your opponents aren't using gloves. Below the belt punches, back stabbing and getting the kitchen sink thrown at you are all fair game.

I am a published author in the Washington DC area and my novels are LGBT heavy content. I have written 7 novels and two movie scripts

C'Zar is a world boxing champion who hides his true sexuality for fear of public discrimination. He meets Chris at a wedding and falls in love. However, both will have to fight the fury of Taylor, an ex-affair of C'Zar who cannot accept being abandoned.

C'Zar is the protagonist, so it would be nice if the author changed this information in the profile. The logline also looks a bit confusing. It would be interesting if the author could make it clearer.

The story of this world-famous boxer pushed to hide his sexuality to avoid discrimination is an attractive starting point for a story.

Despite being part of the story's central narrative, the plot revolves a lot around Taylor's jealousy and Chris and C'Zar's romantic encounters. These choices are fundamental for understanding the plot, but it would be interesting to see more conflicts in C'Zar's life that made him hide his sexuality from his fans. It would be interesting to see him rethink his choices, to see him feel threatened by the near-discovery of his secret. Other subplots that could intensify the protagonist's central conflict.

The hook is this secret life that the protagonist imposes himself to be able to maintain his career and avoid homophobia on the part of fans.

The premise is interesting, the subject relevant, but the narrative would need more twists and more impactful situations to match the theme's relevance and reach a broader audience.

The drama of the man who has to hide his homosexuality to maintain his millionaire career is highly engaging, but the narrative would need a greater dramatic weight, especially regarding the protagonist's internal conflicts, to please the critics.

BROKEBACK MOUNTAIN: TWO COWBOYS HAVE AN AFFAIR WHILE TRYING TO HIDE THEIR HOMOSEXUALITY. LOVE, SIMON: A TEENAGE HIDES FROM HIS PARENTS AND FRIENDS THAT HE IS GAY UNTIL HE FALLS IN LOVE AND EVERYTHING GETS COMPLICATED.

C'Zar has a job considered "masculine" and therefore needs to hide his homosexuality. Although there are several movies about gay men hiding their homosexuality, in this story, the protagonist has a reason to do so that is related to his career and the prejudice that surrounds it. This makes the plot more original.

Although we feel for the drama lived by C'Zar and those surrounding him, the characters could be further developed to make more evident to the audience their motives, wishes, and choices. We follow C'Zar, and we like him, but we lack deeper information to understand him truly.

It's not a rare gem. The author has an interesting concept to work with, but ends up not reaching all the dramatic potential the story could achieve.

C'Zar's drama is very current and relevant and would be an impeccable starting point for a story with great dramatic power. However, we see or feel little about the protagonist's internal conflicts. He hides an extremely important part of his life in order to maintain his position as a champion, to keep his job. However, he doesn't seem to feel bad or uncomfortable about it. When close friends make jokes or talks pejoratively about gays in front of him, C'Zar also doesn't show displeasure or anger. He seems to accept everything calmly and passively. However, the theme calls for more dramatic intensity, and the character doesn't seem to be the type to take everything silently. The moment C'Zar falls in love with Chris also feels too mild. C'Zar may be afraid of being discovered and getting hurt, but even if he doesn't express his anguish in words, it would be interesting to see this more scared and insecure side of him in his most intimate moments. The passion could be overwhelming, and the feelings could be more intense for the internal conflicts actually cause some alteration in the story. It's a subject that calls for internal conflicts. However, the only conflicts we see are external ones like Taylor, the ex-affair who gets jealous and torments the new couple, or people close to C'Zar that try to extort him. External conflicts are welcome, but internal conflicts add a deeper, more complex, and dramatic tone to the story. The structure is interesting, but it all revolves around the new romance with Chris and the old romance with Taylor. After a while, these comings and goings between one affair and another end up tiring. Other subplots, more related to internal conflicts generated by fear and insecurity, could help push the story forward. The author has good ideas and a great concept to work on, but the narrative would still need further adjustments.