Johnny Quantum: Flight of the Aereothenon 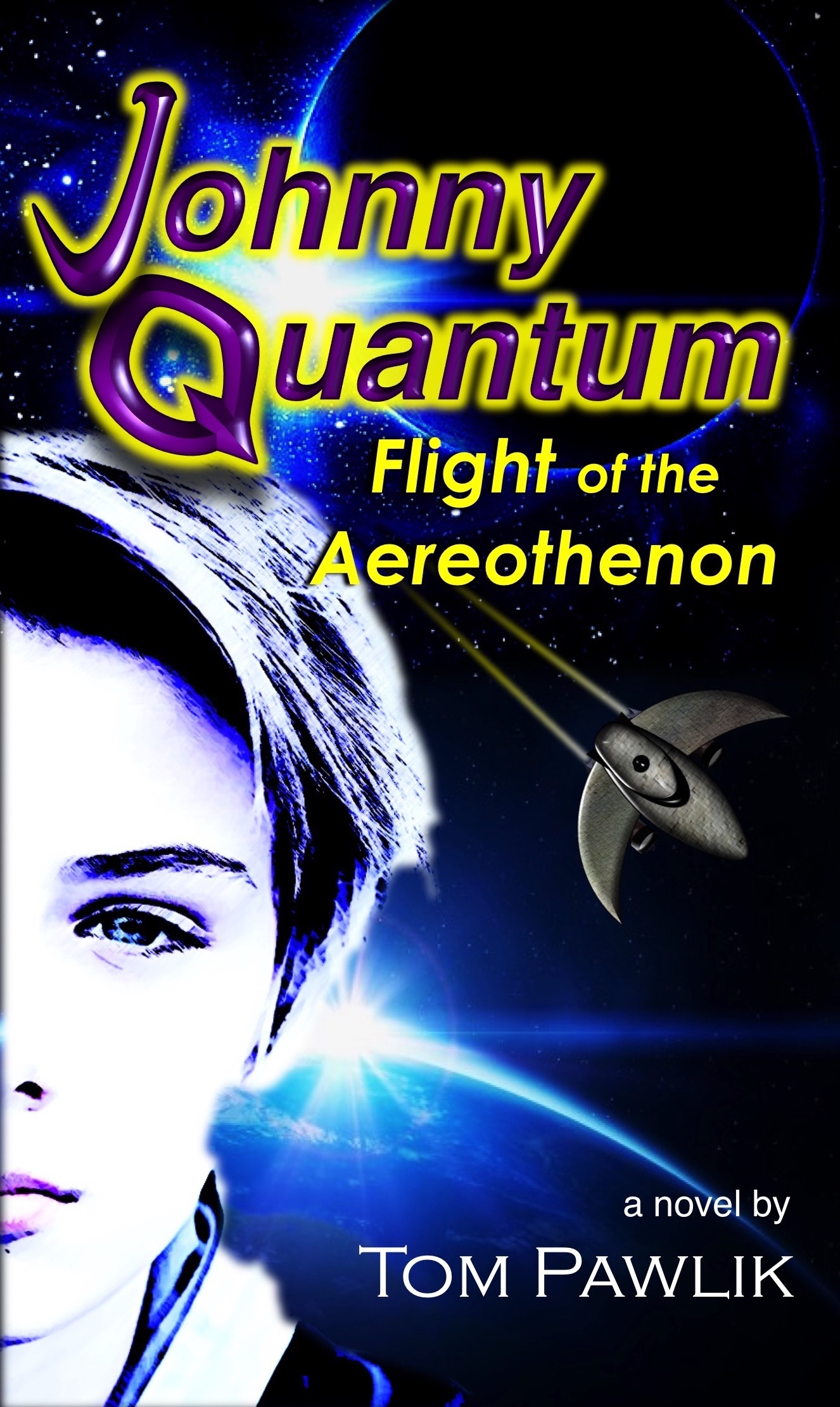 John Quinn discovers his mother is part of a secret society of extraterrestrials, stranded on Earth after fleeing a galactic war. But when she's kidnapped, John and his friends must travel across the galaxy to save her from the clutches of a powerful galactic warlord.

John Quinn discovers mysterious powers he inherited from his mother, who is part of a secret society of extraterrestrials, stranded on Earth after fleeing a terrible galactic war. But before she can teach him how to control these powers, she is kidnapped by a pair of brutish alien bounty hunters.


John and a motley band of aliens rescue his mother along with 300 slaves from the mining planet of Terrosis. But when the evil galactic warlord arrives, John's mother sacrifices her freedom to save them all. John escapes back to Earth but is determined to return one day to save her.

This rip-roaring space adventure features a diverse ensemble of quirky, young characters who each struggle to overcome their own weaknesses, biases and insecurities on a desperate rescue mission against overwhelming odds. Through nail-biting space battles and a host of alien monster encounters, the characters learn to rely on each other and work together to save the galaxy. The story highlights friendship, loyalty and courage, appealing to a broad demographic of sci-fi and superhero fans. Johnny Quantum is the perfect opportunity to create the next big movie franchise.

Tom Pawlik is the award-winning author of Vanish, Valley of the Shadow, Beckon, The Way Back, Son of Man, Johnny Quantum and the novella Recollection from the 7 Hours Anthology. His thought provoking, edge-of-your-seat thrillers are infused with nonstop suspense that grabs you on the first page and won't let go until the last. Tom's fascination with the weird, the creepy and the unknown began at an early age when he found a bizarre 19th century German storybook called Der Struwwelpeter. The book was a collection of nightmarish morality tales by a German physician who obviously had too much time on his hands and no children of his own. The morbid nursery rhymes (Mother Goose meets Stephen King) include the Daumenlutscher (Thumbsucker), a disturbing yarn about a boy who was warned that if he continued to suck his thumbs, the local tailor would chop them off with his sewing shears. Other tales warned against playing with matches and being overly messy. Needless to say Tom never played with matches, generally kept his room clean and to this day retains the use of both his thumbs. But the psychological damage was already done, and Tom's warped imagination turned him to writing his own creepy stories at a rather young age. Alas, no publishers were brave enough to bring his stories to print, so Tom would not realize his life-long dream of becoming a published author until the ripe old age of forty-two. Today, Tom is happily married with six children of his own... who, oddly enough, never sucked their thumbs. Visit Tom’s website at www.tompawlik.com