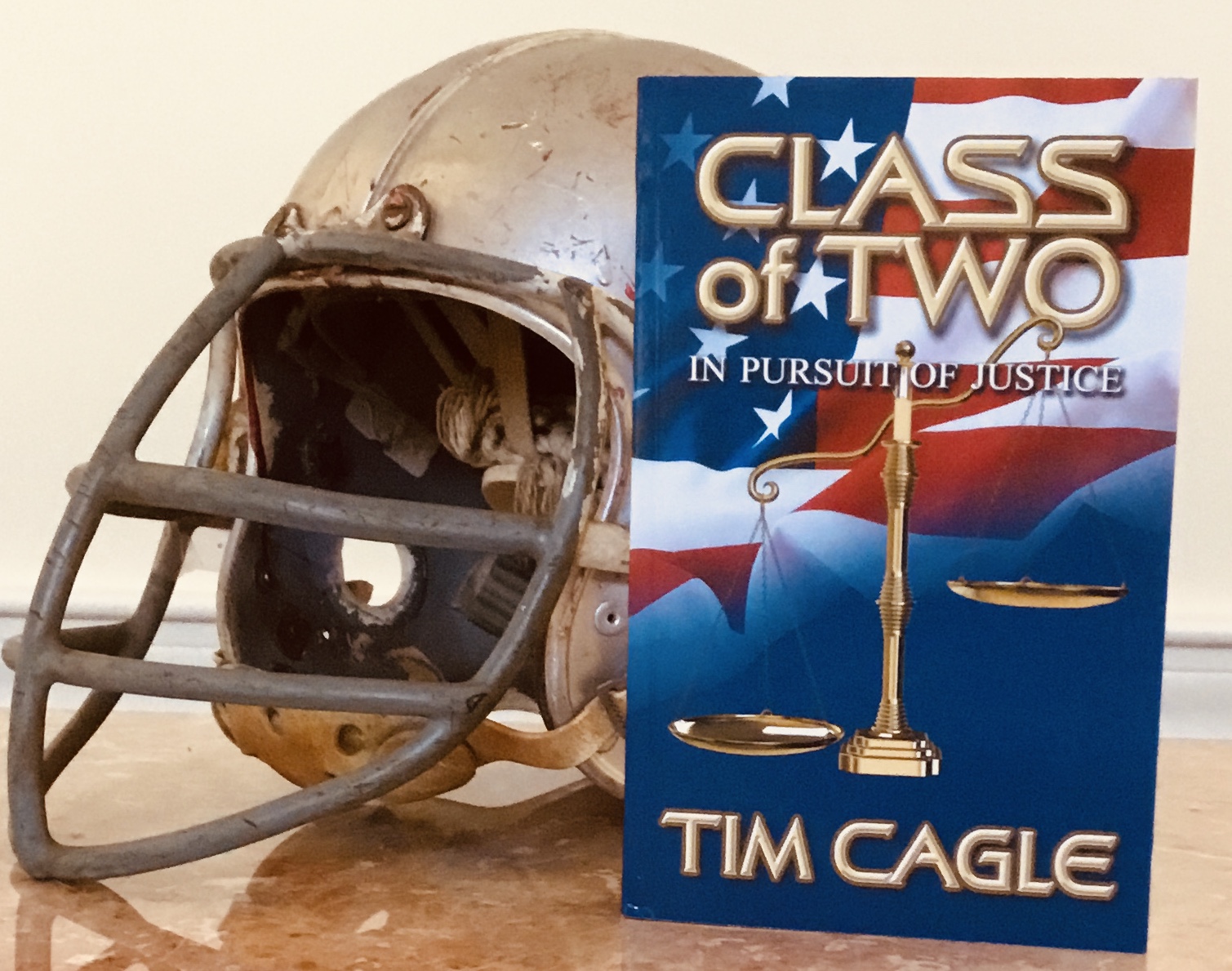 Two lawyers, one black and one white, college roommates and football All-Americans, go to trial against the leading heart surgeon in Boston & claim he implanted a defective pacemaker in an 18 yr old patient.

Attorney Aubrey “Ace” Evans is on the verge of financial ruin when he gets the case of a lifetime. A teenager receives a pacemaker, has a stroke and becomes brain damaged and paralyzed. An expert claims the device was defective and Evans files suit.


Outgunned, Evans asks old friend and legendary attorney Jake Skylar, to help him. Skylar's private eye finds the unimaginably grotesque reason the device was defective. Their only chance at victory is to take the case to the JURY. But first, they have to stay alive....

What do you do with nothing left to lose? Attorney Aubrey “Ace” Evans does the last thing opposing counsel expects---raise the stakes. Evans is on the verge of bankruptcy when he gets the case of a lifetime. A teenage basketball star’s heart stops during a game. The premier cardiac surgeon in Boston, Dr. Roger Ashworth, implants a pacemaker. Then, the boy has a stroke and is left with permanent brain damage. Ashworth’s lawyers keep Evans besieged by their scorch the earth strategy. Outgunned, Ace asks old friend, college football teammate and legendary attorney Jake Skylar, to help him. An engineer claims the pacemaker was defective, but he’s killed in a fiery crash. A cardiologist agrees to testify for the boy but she gets indicted for fraud. The judge, an avowed enemy of Evans, throws out all their key evidence. On the eve of trial, Skylar is blinded by an attack and almost dies. Evans tries to delay the case but is thrown in jail. When all seems lost, their private investigator uncovers a dark secret of unspeakable evil, one that will blow the lid off the case. Proving that secret is the only way they can win. But first, they have to stay alive......

BIOGRAPHY Tim Cagle retired as a trial attorney in the fields of Medical Malpractice, Products Liability, and Wrongful Death law. During his time in private practice, he also served as co-counsel to other trial lawyers by conducting the cross examination of adverse expert witnesses during trials. In addition, he was a law professor and taught courses in Torts, Evidence, Medical Malpractice and Negotiations. He is admitted to practice law in the Commonwealth of Massachusetts, State of Missouri, before the Federal District Court in Boston, and has been admitted pro hac vice for the trial of cases in the State of New Hampshire, the State of Rhode Island, and before the Federal District Court in the State of New Jersey. He received a Bachelor of Arts Degree from Kansas State College and a Doctor of Jurisprudence Degree from Suffolk University, Boston, Massachusetts. His memberships have included the American Bar Association, Massachusetts Bar, Academy of Trial Attorneys, Massachusetts Academy of Trial Attorneys, Nashville Songwriters Association, American Legion, Boston Pacemaker Club and Sigma Chi Alumni Association. He served as a First Lieutenant in the United States Army, was assigned to Military Intelligence and was honorably discharged. After playing college football, he served as an assistant high school football coach. He has written over three hundred and fifty songs, played professionally in groups and as a single performer and spent time in Nashville as a songwriter. He is also the author of Whispers From The Silence, a novel based on his experiences writing songs and his career as a singer/songwriter. His second novel, Unexpected Enemy (Ultimate Revenge), is a medical/legal thriller. It’s the story of a woman who receives a mysterious stranger’s sperm at an infertility clinic, and was released in December, 2017. His third novel, another medical/legal thriller, Class Of Two, is the story of two lawyers, ex-college roommates and football All-Americans, who reunite in Boston to take on a world class heart surgeon accused of implanting a defective pacemaker, at trial. It was released in August, 2019. His biggest regret in life is that he did not spend more time concentrating on guitar riffs, lyrical hooks and finger-popping melodies, and less time learning about when to blitz if the guards pull on third and long, blistering cross-examination techniques and expert witness fee schedules. Contact information: Website: www.TimCagleAuthor.com Email: tcaglelaw@gmail.com Social Media: Facebook, Twitter, Instagram, Linked In Mobile: 978-475-9997

Ace and Jake meet in high school while playing football. They become life long friends and lawyers when they don't have successful careers in the NFL. There latest case is against a pacemaker company with defective products and the Dr. Ashworth who placed one in a patient. The pacemaker was clearly defective and the patient died.

The story begins with how Ace and Jake met. Ace was the first black man on the football team in their high school. Jake befriended him regardless of his race. They became roommates and were harassed by the locals for it. There friendships was strong and unbending which sets up how good they work together on the case.

It's a courtroom drama that has many dull moments. There is a lot of time finding witnesses and evidence. There is not much excitement.

The hook is that a man dies in the care of a doctor after being given a defective pacemaker. Ace and Jake team up to bring down the corporation. This movie needs more intrigue and twists to be an entertaining watch.

This could have a large fanbase with an older adult demographic. It needs to be modernized to reach a broader audience. It doesn't have much to hold the attention of an audience, at the moment.

This could have awards potential as many films that deal with uncovering a nefarious corporation. The doctor in this has teamed up with others and tried to take down the FDA. It also deals with racial disparities and racism.

The story is not very original. There are many films about people being victims to the greed of a major company and a lawyer fighting to uncover the truth. This could be made more unique if the crime wasn't in the medical field, possibly a different industry or a different part of the world.

The lead characters stand out because of there dedication to there case. They also dealt with racial tension together and stayed strong as friends.

This is an average story as is but can be made more dramatic for screen.

For this to be a recommend, there needs to be more gravity to the situation. The storytelling is very straight forward, but needs to be stylized to make it entertaining and interesting.