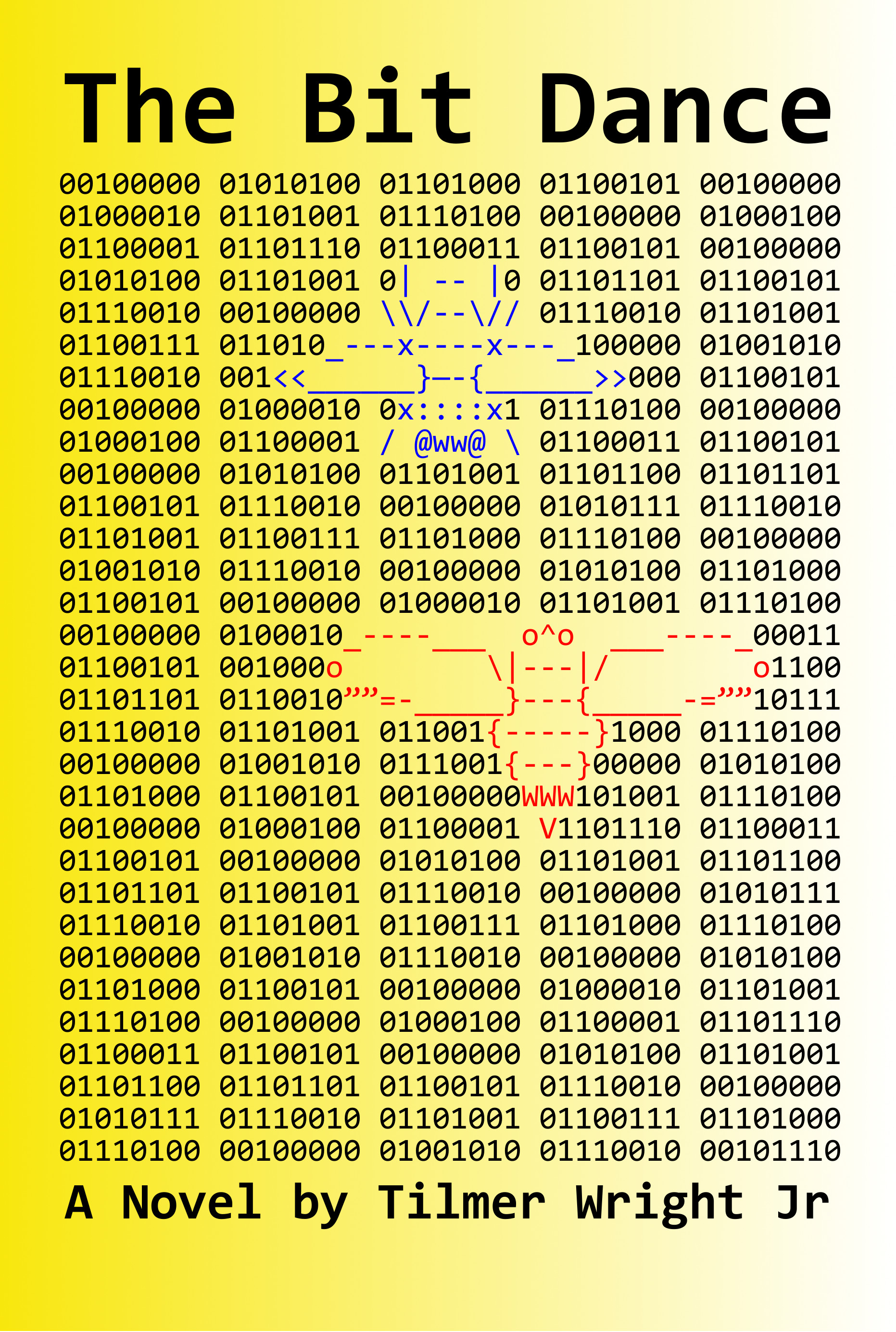 The Bit Dance is a cautionary tale about the unintended consequences of blending technology, collective intelligence and human nature.

Attempting to win the favor of her demanding father, young Kayla Henry inserts honey bee foraging logic into an electronic toy. When an ex-KGB officer co-ops this hybrid technology to exact revenge on the West, the resulting evolutionary battle between benign and nefarious AI factions threatens all.


Kayla must find a way to stop the rogue artificial intelligence she has inadvertently unleashed by using its very nature as her primary weapon.

The Bit Dance is a story that is currently classified as fiction, but its plausibility and connection to current and unfolding events make it sound like something you might hear about on the nightly news any day now. The main protagonist, Kayla Henry, is fifteen years old and hungry for approval and validation, emotional nourishment she is not getting from her driven and perfectionist father. Kayla is also gifted intellectually. She is both brilliant and innovative, able to acquire and utilize knowledge at a rapid pace. Kayla's father heads up a development group at a company rolling out a new toy based on social media concepts and self-learning technology. In an effort to impress her father, Kayla embeds logic derived from honeybee foraging behavior into the programming that controls the toys. The logic begins to coalesce across tens of millions of units and forms an individual consciousness that borders on actual life. Throw in an antagonist forged in the fires of the old Soviet Union who desires destruction of the American way of life from within, and the story turns into a wild thrill ride all the way to the very end.

Tilmer Wright, Jr was born in 1965 in Kingsport, Tennessee. His mother was a dedicated homemaker and incredible loving mother of three - of which Tilmer was the youngest and the only boy. His father, Tilmer Sr., worked at a glass manufacturing facility and was just the best dad a kid could have. Growing up he enjoyed most of the same things other little boys born in the 1960s did. He loved to play baseball and ride his bicycle all over the hilly terrain surrounding his family home. Life was pretty good. Sure, there were only four channels to watch on TV (and one of those was a grainy UHF-based ABC affiliate.) But there was some magic contained in that quartet. Many hours were whiled away sitting cross-legged on the floor in front of a monolithic console television set that was comprised of more wood than electronics. Beaming from its convex low-resolution screen were such fantastic offerings as "Batman", "Looney Tunes" and "The Wild Wild West". Young Tilmer (known as Timmy in those days) would hop up excitedly after watching James West and Artemis Gordon foil the diminutive, but evil, Dr. Loveless. Off he would dash to his room where, in his closet, he would find the old cardboard box that had once housed the vacuum cleaner. This box held all of his most precious toys. Digging frantically, he would eventually find his trusty chrome-plated six-shooter cap pistol, reeking of burned powder from previous conquests. Minutes later, the pistol would be loaded with a fresh roll of red paper caps and Timmy would blaze out the back door, across the patio and into the large, grassy back yard. There, in his soaring imagination, he would find the nefarious Dr. Loveless and bring him to justice, all the while humming "The Wild Wild West" theme song as loudly as possible. Tilmer has since retired the old chrome six-shooter and his wild west secret agent days are behind him. Since graduating from Florida State University in 1987 with a degree in Computer Science he has gotten married (and stayed married), fathered two beautiful daughters and worked in a variety of Information Technology roles across the southeastern United States. Today, he lives in Knoxville, TN. He loves to write and hates to edit. He loves music and plays the piano and guitar (both poorly.)