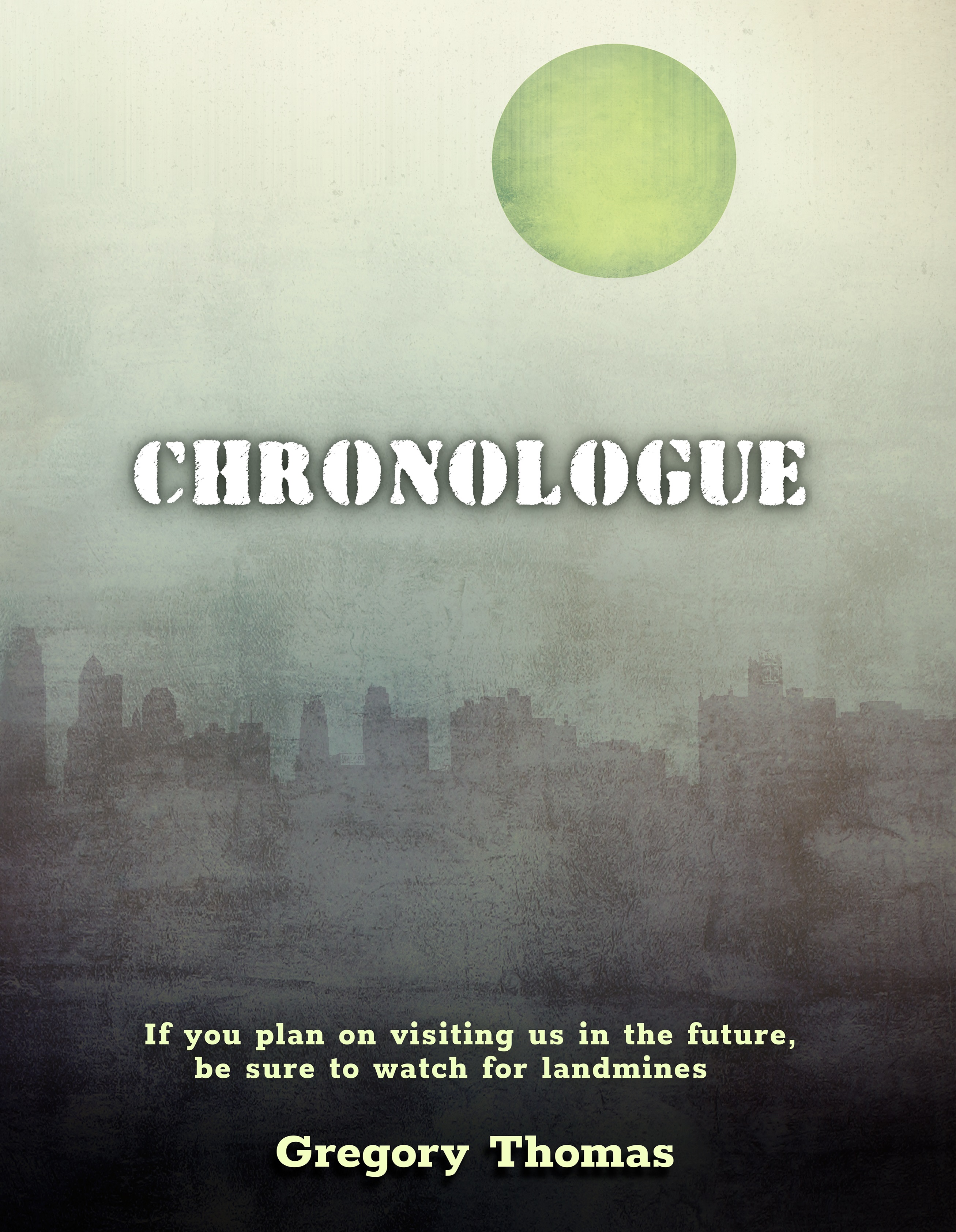 In the future of the 23rd century, a self replicating AI is trying to turn humanity into machines against their will. Chronologue is a dystopian about how humanity struggles to maintain their humanity and keep everything in tack, without falling victim to mechanical enslavement.

Chronologue begins with main character being visited by an FBI agent. Butch having no idea who or what the stranger wants promply lets him into his apartment. The agent tells Butch that the FBI now control android sentinals with their subconsious, and that he joined unknowingly by typing a text


The story ends with the American president saving over 300 people on his presidential plane after being chased by a Avalonic plane behemoth, but he is captured by japanese renegade androids called Resurgence. America begin cloning massive armies to wage war with The Avalon machines.

Chronologue, though fictionary, portains very much so to what can be seen in today's world. Technology has taken over much of everyone's daily lives. Chronologue's moral of a mechanical uprising leads to driverless cars and military vehicles being hacked by the machines. With the vaccine in our bodies to stop Super Aids, since its also a nanochip machine, humanity can now be hacked by the machines. The Great Fight war wages as we stop a seemingly unbeatable mechanical enemy. Delivering intense action and posing ethical questions for the audience to ask themselves (such as should technology be given so much power over us, or is the America or even the world truly ready for a future involving heavy technological advancements) movie goes will be faced with the 'what if I were in that situation, and how would I have made it' question quite often. Chronologue delivers a heavily dynamic and immersive world, filled with humour, sorrow, happiness, joy, thrills and chills that I think people will truly enjoy coming to see for entertainment.

Hello, my name is Gregory Thomas. I’m a poet and fictional story writer. Most of my writing has meaning to it, or tries in someway to convey a message, usually about morality, or good versus evil. A good bit have a theme about space, and war as well. Moreover, I hope you enjoy reading my stories and poems as much as I enjoy writing them.