At the Kingdoms' Fold 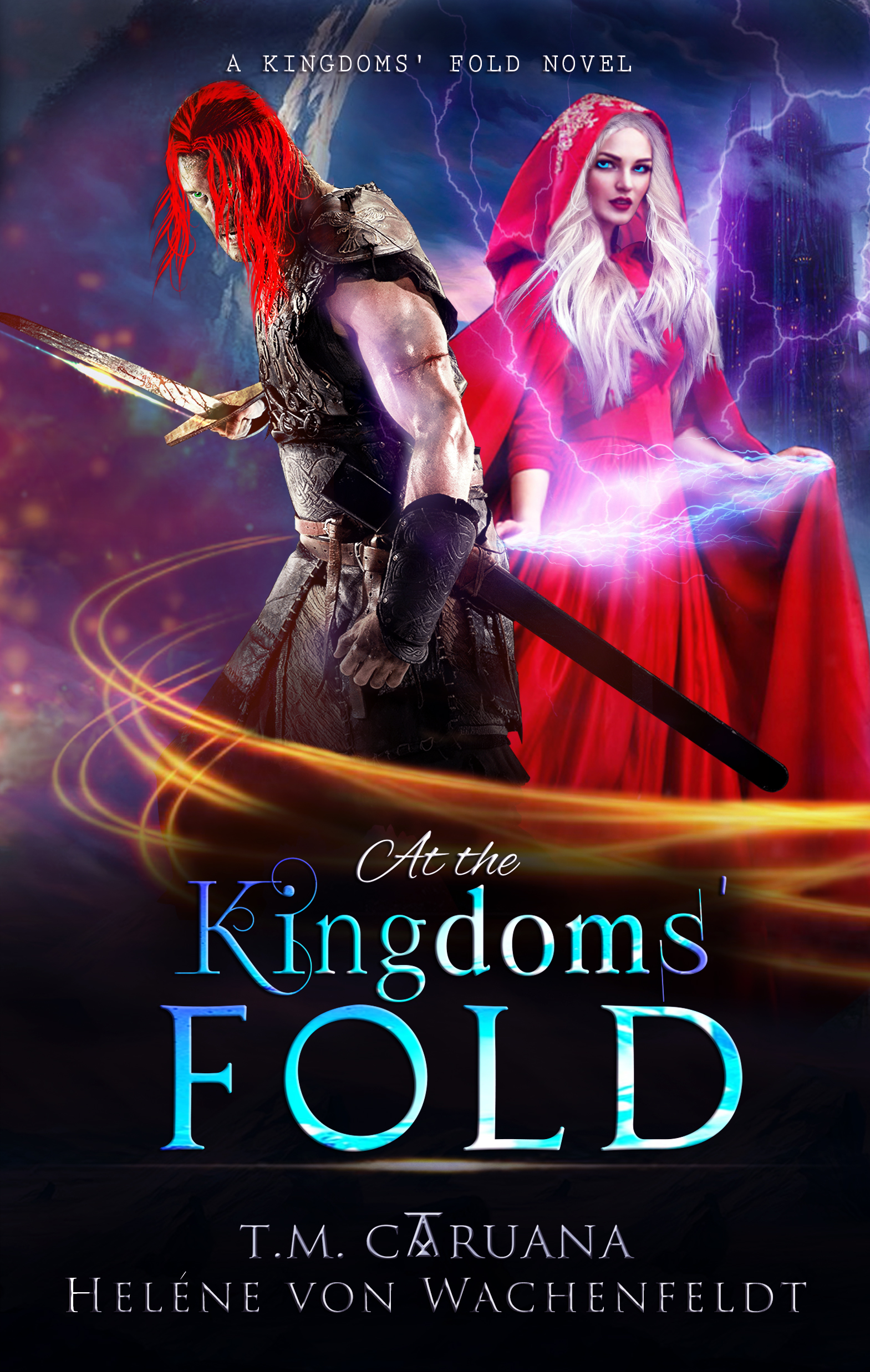 An enraged king seeks revenge on the Lord who stole his bride by slaughtering her people to find her. Meanwhile, a ghost-like people lurks in the Kingdoms' Fold, taking the law into their own hands, trying to stop the king's evil plans. Who will fall first?

The most well-kept secret lay hidden in-between the kingdoms’ fold. A man hangs from the Blood Birch - a message from the Fold People that a crime has been avenged. Lord Andulf Gauff and his son Duke Liam Gauff thanks the spirits for this justice but prays these deeds won't get out of control.


The evil king declares war against the Gauff Manors to retrieve his promised bride who Lord Andulf Gauff stole from him. Magic from an old prophecy of the seventh daughter's seventh daughter is unleashed, winning the war and reveals the truth about the Queen of the Vrasur People.

Fantasy - in the Orvka Kingdom

Braveheart, Outlander, the Gladiator; films punching hard at our bleeding hearts for these romantic heroes who want nothing else than be left in peace with the woman they love. They are uprooted, thrown into misery and haunted by evil power-hungry kings. Injustice inflicted on good people makes us want to grab our pitchforks and fight by their side, laying down our lives believing in their leadership. I would die for Liam and Kate, I would join the war, fighting for them to live, and I would watch the film where I saw the evil King Esko have his own General stab him to death for all his crimes. I would live in the Cave of Mercy with the People of the Fold to avenge the innocent, heal the injured and see how the one power I received from the God Virun could be used to defeat the evil. At the Kingdoms' Fold is a relatable story, as history keeps repeating itself even in modern terms. Pride, honour, love - what are you willing to stand for - die for - live for? The sword and sorcery genre is a loved concept and this tale adds a layer of magic, feisty and quirky characters and an iron will to help the people of Orvka. Have your breath catch in throbbing lungs at the grief of the lost ones, lash out your anger as the evil king's soldiers catch sweet Eppie, and stand up from your seats, punching your fists in victory when the Queen of the Vrasur People send bolts of magical lightning to destroy their opponents! You will remember this war as if YOU fought it!

Living in Gibraltar, having earned an MBA and being a member of the ACCA, T. M. Caruana is an author who likes doing too much rather than too little. Apart from consuming too much coffee and chocolates she also enjoys writing complex stories with a vivid imagination, manifesting in new worlds and versatile characters. Having always been a free spirit at heart, her dream had always been to write fantasy novels in which to escape to. Your life is your dream -if you can dream it, you can live it-.

King Belvintor has been on the war path for years looking for his stolen bride. Lord Liam has a sequestered village in the caves filled with people who experienced hardship. He is called back to Gauff Manors to fight with his father against the king. Liam's wife Kate finds out she is one of the last descents of her magical people and must uncover the secrets to unleash it and win the war.

The book profile does accurately reflect the book except when it mentions a ghost like people. There are no ghost like people, they are normal people who have faced hardship and have created there own utopian society.

The story begins with the brutality of war, solidiers destroying villages and killing people. It opens up for world building in a medieval setting which can be expanded in interesting ways.

The book includes a few rape scenes, some very graphically. The girls who are raped are very young also. This is completely unnecessary for this type of story and adds nothing to the gravitas of the plot or the tone of the book. This could be hinted at to describe the cruelty of the king's army and by extension, himself. The story is not very gritty so these scenes make zero sense. There do not need to be rape scenes in this story.

The hook is that a king is enacting a reign of terror, taking over all of the lands, in search of his missing bride. His bride, her family and there people, come together to defeat them with the help of magic.

This story would not have a large fanbase because it is not very well developed. The tone categorizes it in the young adult category. Especially considering how shows like it did so well, this is not a contender.

This does not have award potential. There is very little character development or world building. There is nothing setting it apart from other medieval dramas.

SNOW WHITE AND THE HUNTSMAN, GAME OF THRONES, VIKINGS, CURSED

There is nothing original about this story. It's a medieval drama with an evil king, a long lost princess, magic and noble knights. They win the day and everything ends on a happy note. Good and evil are very clear cut. This needs more grit, blood and magic. Especially after Game of Thrones, you would have to bring something very unique to be set apart.

There is not one lead character. Each of them has a very specific, predictable role that they adhere to. The king is evil, Liam is noble, his mother and father are wise and honorable and Kate is powerful but doesn't know it yet. Character development is very present because they all serve there purpose to the plot.

This is an average story that does not deter from the medieval drama format. A unique element would need to be introduced, more gray areas within the story and character development.

This could be a consider if the characters were developed better. They're either evil or good but that's not realistic, especially considering the time period. The story begins with very graphic and harsh realities for women, it sets a serious tone that didn't carry throughout the story. I do not agree with the use of rape as a tool to give women a character arc, but use that tone and build on it. The evil king's dealings would bring that gravity as well as what is at stake for the remaining people.