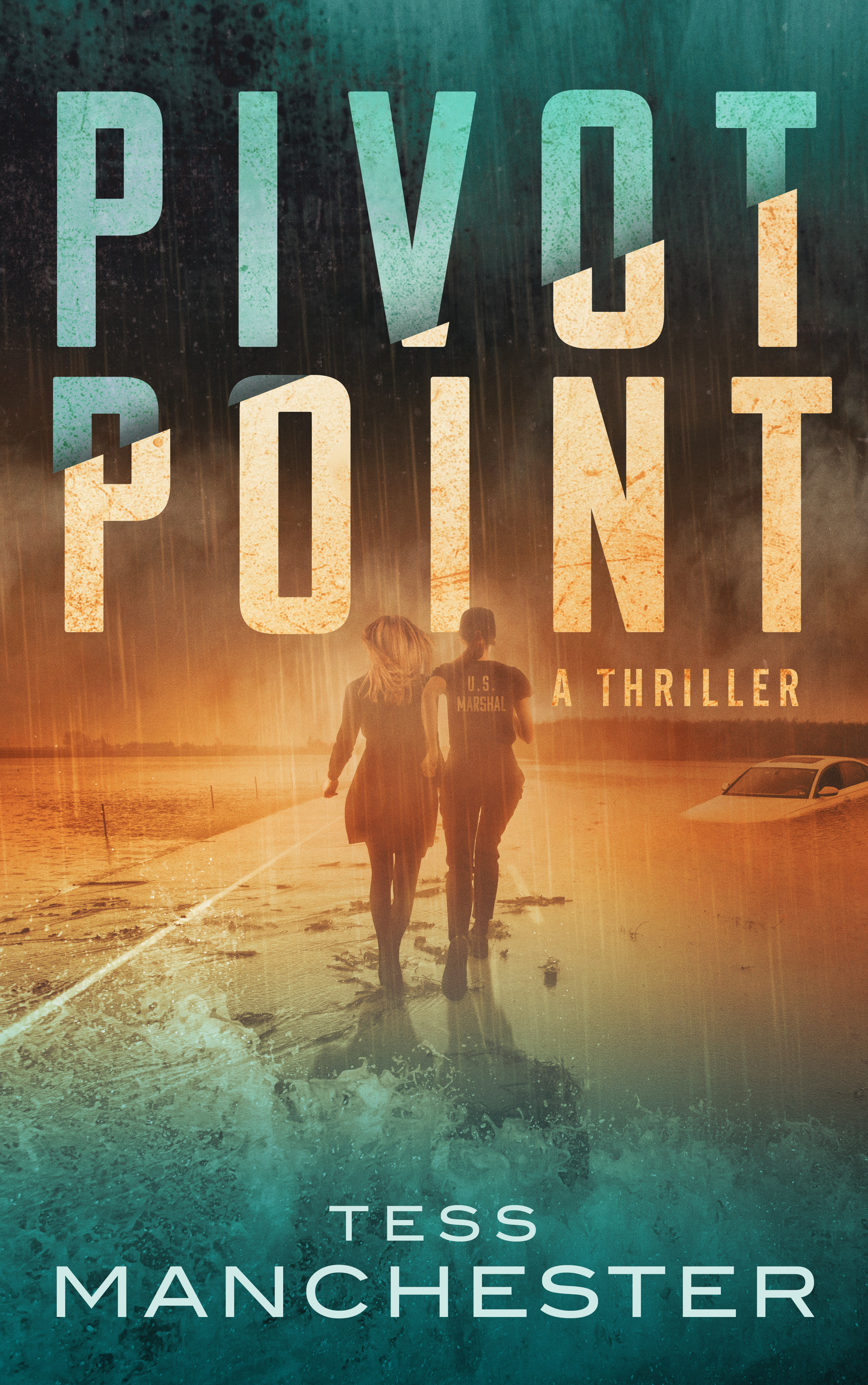 While chasing a dangerous fugitive in a small town, Blake Parsons, a fiery U.S. Marshal, teams up with Naomi Preston, a stunning doctor, to make inroads with the locals and stop the killer. When a massive flood strikes, they must fight to stay alive with help from her task force and some deja vu.

Fiery U.S. Marshal Blake Parsons is on the hunt for a dangerous fugitive. Time is running out and she's almost given up hope until fate strikes in the form of resetting time, and a local doctor, Naomi Preston, who offers her help. When a massive flood strikes, the search for the killer heats up.


Catching the killer amidst the chaos just might turn Blake and Naomi into his next victims. When Naomi is taken hostage, Blake must tap into resetting time to save her from a tragic demise. After a wild car chase and gunfight, Blake finally captures the fugitive and declares her love for Naomi.

Pivot Point is a fast-paced action-adventure thriller with delightful hints of police procedural and paranormal elements of shifting time. The characters are enjoyable and the small town brings a level of charm and humor to the tale.

Second chances only work if you take them. The story has a message of course correction, helping us move forward and take control of our own destiny with a little nudge from fate.

The romance angle is fresh and set in a world where sexuality doesn't matter, it's not even a question. None of the challenges or obstacles that the characters face are about sexuality. It's a modern take that the LGBTQ audience is craving.

It's the perfect length and pace for a film of pure fun and entertainment.

Similar to U.S. Marshals or Out of Time, but with time twists and romance elements like Deja Vu and Looper.

Tess Manchester has a passion for movies, and she has a career in the cinema industry. At a young age, she worked at video stores and movie theatres. She has a degree in legal studies from Webster University. She is the author of the True Time series and Web of Dwellers series.