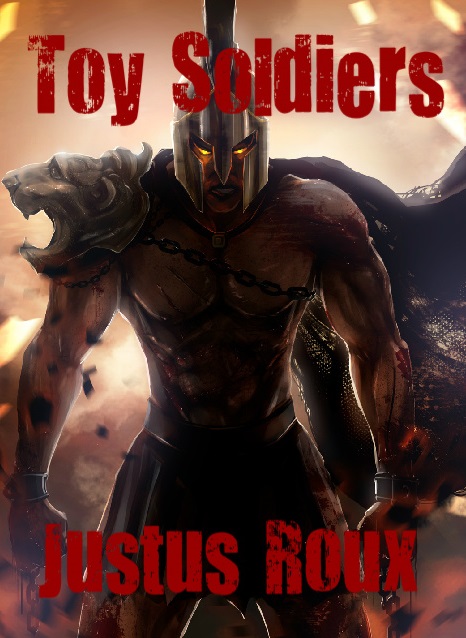 The primitive toy soldiers are no match for the technologically advanced people of Tanasia. Yet, Xyloc, the trainer of Jodu’s toy soldier army, sees something in the new toy soldier Syth’s gaze that chills him to the bone.

Syth wakes up in chains. He was taken from his home planet and brought to Tanasia. These people destroyed his village and now they are training him to become a toy soldier. Syth will be forced to fight in these mock battles, which pit one toy soldier General against another.


Syth organizes a revolt with the help of Jex, a missionary mistaken for a primitive and forced to battle in the games alongside Syth. Jex knows how to take away the soldiers of Tanasia technological advantage, forcing them to fight like the primitive toy soldiers.

The planet of Tanasia

This story shows how one society’s dependence on technology gives them a false sense of superiority. They use this technology to abduct and force people from primitive planets to serve them. The toy soldier games have become a huge money maker and the need for primitives to be trained to become these soldiers is great. Syth, the lead character, is adducted from his planet and forced into these games. His skill as a warrior quickly propels him to the top rankings of the toy soldiers. It is his love for the bait female, Belia, is the main reason he fights so hard. Each battle Belia is put in danger. Syth learns of the super-soldier Axon and he knows he will have to come up against the man at some point. The toy soldier battles are fierce and bloody. With each one Syth survives his hope of getting Belia out of this nightmare starts to fade until he meets Jex. This small male is different than any of the other primitives, he knows all about weapons of Syth’s captors. The battle comes where Syth must battle with Axon. The ending bell is the only thing that saves Syth from dying by Axon’s blade. This strengthens Syth’s resolve to get Belia off this planet. He learns Jex is from another superior planet. Jex was mistakenly captured along with the primitives, he was thrown in the games to hide the mistake and his survival might cause a war between the two superior planets. Syth enlists Jex’s help to start a revolt

Justus Roux’s long-running “Master Series”, which she affectionately calls her BDSM drama, has won the hearts of many readers. She just released the 38th book in the series. Her “Dom/sub trilogy”, and “Master of My Heart Series”, plus several single titled books have earned her several outstanding reviews. She has dabbled in the paranormal and fantasy realm with her “Barbarians of Malka series”, “Demon hunter Series”, as well as several single titled novels. Justus loves to explore new things, adores music and art, and loves to play the occasional video game and enjoys a good poker game as well. You can check out her work at her websites, www.justusroux.com and www.justusrouxmasterseries.com .