THE KING OF VINLAND'S SAGA 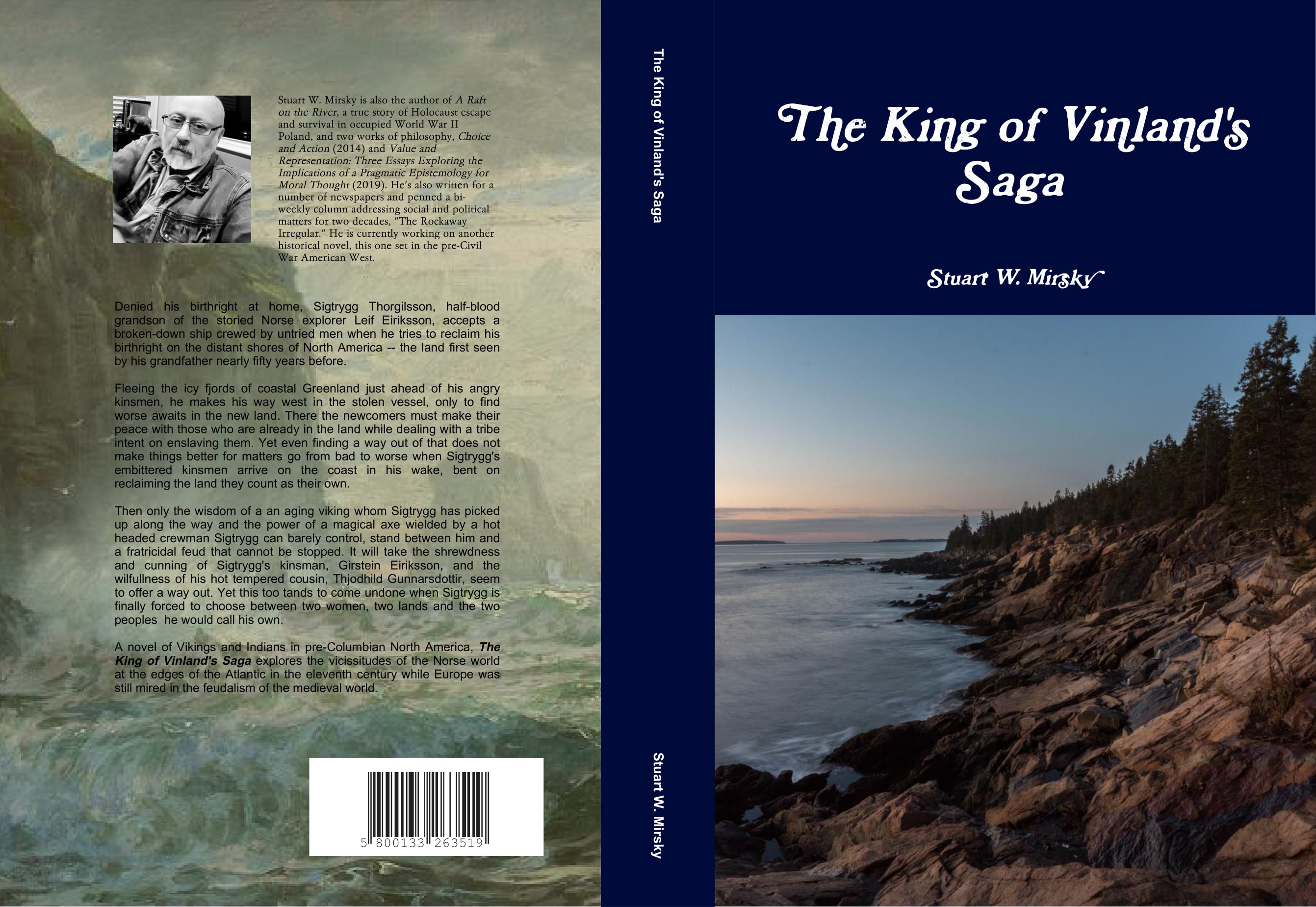 Denied his birthright at home, Sigtrygg Thorgilsson, illegitimate half-breed grandson of the fabled Leif Eiriksson, must seek his inheritance overseas, on the distant shores of a land his grandfather once claimed for his own.

Sigtrygg spent his boyhood as the orphan charge of his father's brothers, shunted from household to household, despised for his father's unsavory past and his own mixed blood (half Inuit). Reaching manhood he is cast out, only to return some years later from the wastes to reclaim his father's land.


After struggling in the strange western land he has found, despite pursuing kinsmen who would take back what they've given & natives who fear him, Sigtrygg faces his final challenge: a choice between the native woman he has learned to love and the fiery beauty he left behind when he fled Greenland.

the southwestern coastal fjords of Greenland, the coastal lands of Canada (Baffin Island, Labrador, Newfoundland, Nova Scotia) and Maine where Leif Eiriksson had once made landfall.

Denied his birthright at home, Sigtrygg Thorgilsson, illegitimate grandson of the fabled Norse explorer, Leif Eiriksson, must seek his inheritance overseas despite the opposition of his greedy kinsmen who would keep it from him. Returning from a solitary existence in the northern wastes of Greenland, Sigtrygg learns that the land bequeathed him by his father is held by his uncles who refuse to return it, persuading him to accept the rights to the lost landfall Leif Eiriksson once claimed across the sea, instead. Promised a ship -- if he can raise a crew -- the young man accepts. But, despite finding the men needed, his uncles have a change of heart leaving Sigtrygg to steal the promised vessel and flee the icy Greenland fjords before they can stop him. Aided by his young kinswoman, Thjodhild, who has taken a shine to him, he promises to return for her, even as his uncles block his way with a gauntlet of encroaching vessels and his crew must fight their way to open sea. Yet once across the waters they find their new country is anything but empty and that they must carve a place for themselves among the natives there -- until the unforeseen arrival of Sigtrygg's kinsmen who have crossed the sea behind him threatens all his hard won gains. Then only the passion of Thjodhild, who arrives with the second ship, can bridge the gulf between the two factions -- if Sigtrygg can bring himself to abandon the native woman he has taken as his wife.

Stuart W. Mirsky is a former bureaucrat who left the civil service to write fiction . . . and a bit of philosophy (his second great passion). He wrote The King of Vinland's Saga in the late 1990s and published it on his own, the book garnering surprising, albeit modest, success in its first few years. Mirsky, who studied philosophy and was something of a vagabond soul in his youth, went on to write several more works after retiring including a novelized memoir of Holocaust survival, based on a true account, one compilation of journalistic essays and two works of philosophy, the latest, Value and Representation, addressing the implications of a pragmatic epistemology for moral thought. He has served in a number of bureaucratic capacities including as Assistant Commissioner for Operations at the New York City Health Department during the attacks on New York and Washington on September 11th, 2001 and participated in the national response to those incidents. He has traveled in Europe, Africa, Asia and parts of the Americas and holds a black belt in the Asian fighting art of karate.