Hidden in a Small Town 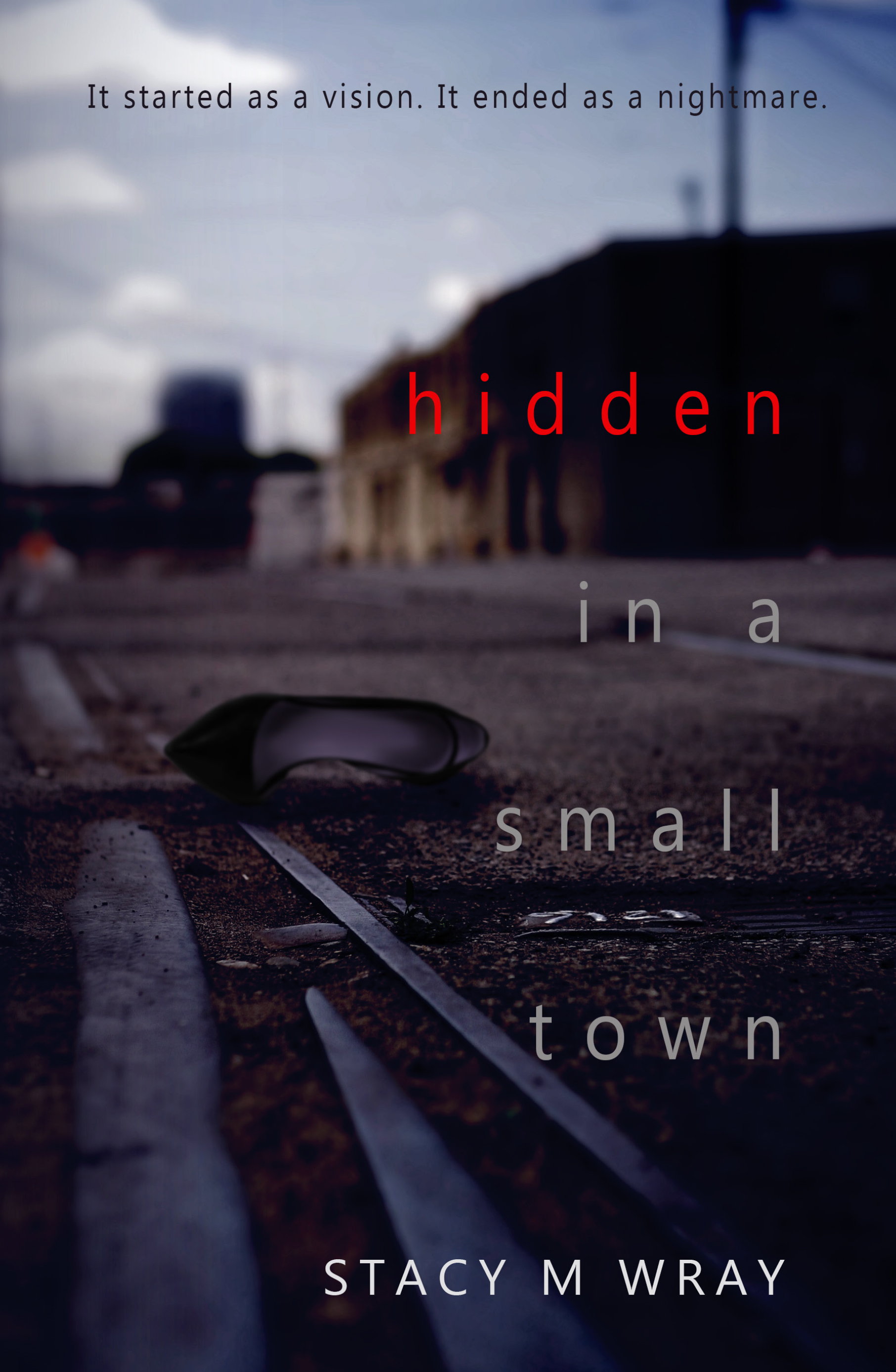 A Wyoming man has visions of a woman being attacked. Unable to ignore them, he follows the clues and locates her in a small town in Indiana. Only, things aren't as they appear and he finds himself trapped in a dark web of secrets, attempting to keep himself and the girl alive.

Slater Montgomery is teaching his eighth-grade history class when he has a blinding vision of a woman being attacked. He had visions as a kid but never told a soul. Now that he's an adult, his conscience weighs heavy and he sets out to find her based on the clues from his visions.


Slater is on the hunt for Nora, who has been abducted by Blade - the man who she kept prisoner (after he attempted to rape her) until he escaped. Frustrated that his visions aren't helping him, he follows a suspicious guy who finally leads him to Nora in an abandoned trailer, left for dead.

A Wyoming man has a disturbing vision of a woman being attacked, unable to get her frightened face out of his head. Based on the clues from his vision, he sets out to find her, not knowing if what he saw was the past, present, or future. After locating her in a small town in Indiana, things aren't as they seem. And after spending time with her, he's convinced she needs his help. But when she finally confides in him, his mind is blown, especially after he sees what she's been hiding in her basement. From then on, it's a game of survival, their every move focused on staying alive.

Stacy M Wray loves writing and reading anything romance - Judy Blume being one of the first authors she read in middle school. After all, a world without love, heartache, and angst would prove a boring place to live. Now branching into suspense and women’s fiction, she believes the sky’s the limit. Lover of gray and white cats, craver of all things sweet, enthusiast of hiking and camping, wife of an extremely supportive husband, and mom to two amusing adult children, she realizes life is pretty darn good. She also appreciates that it's never too late to try something new. Never.