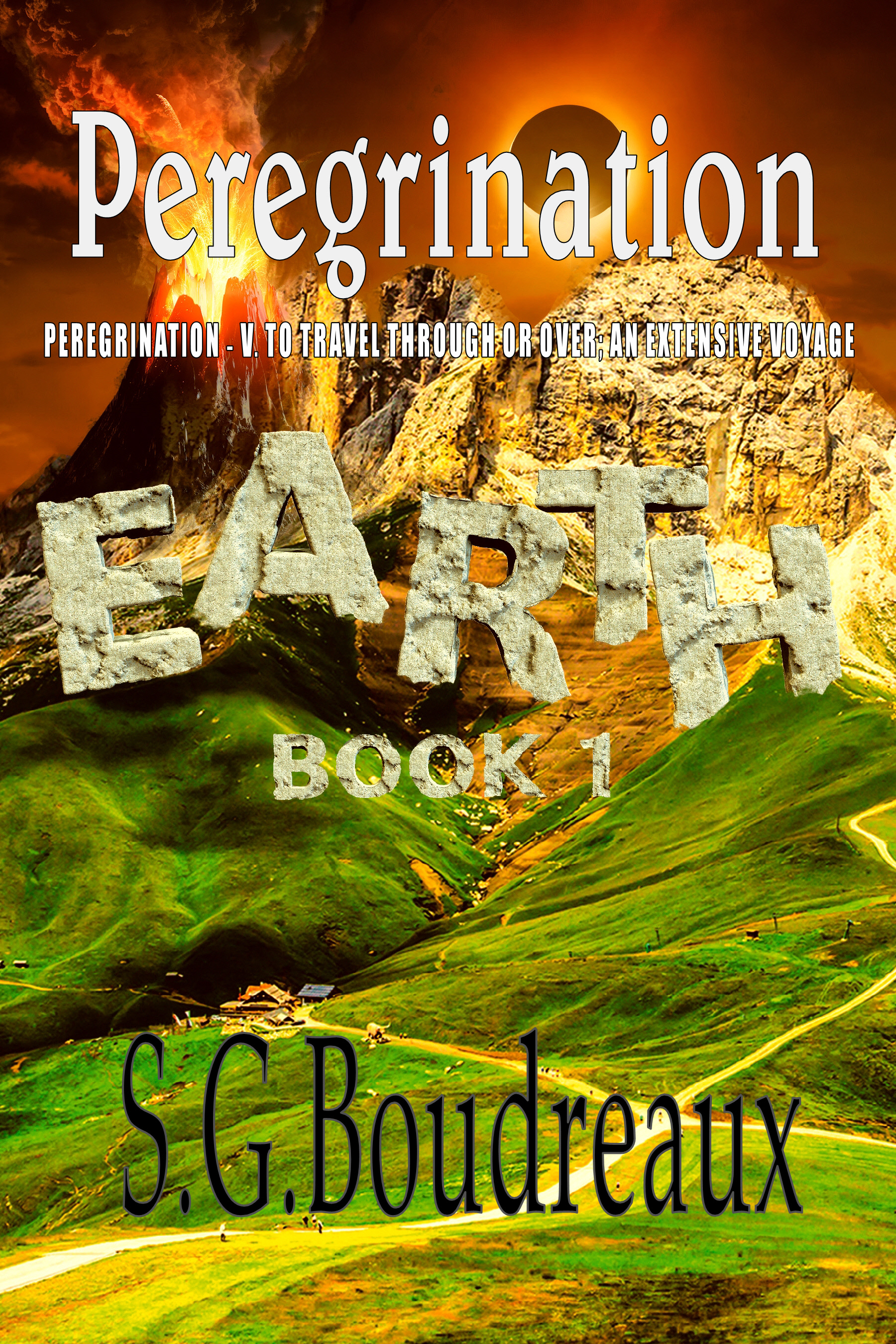 Seth is chosen to travel through time by way of storms that generate enough power to open portals that lead to other periods, planes, and realms. He and others like him must battle demons, personal struggles, and find people and artifacts that will help them to save mankind from destruction.

The evening before the destructive and deadly San Francisco, California, earthquake that leveled the city. The main character, Seth Jager, is a sea captain who now works on tugboats in the San Francisco bay. He stopped traveling the seas to settle down and court a woman named Caroline Palmer.


Seth is now time-traveling with other Peregrines searching for a lost person who is important to their winning the prophesied Final Battle. He is also desperate to get back to Caroline, his wife of one night before they were separated by an earthquake. He doesn't even know if she's alive.

Varies because of the time-travel aspect. But begins with the 1906 California earthquake

There are four characters in book 1 known as Peregrines who travel through time by way of storms that generate enough power to open time portals. They search for artifacts and people that their Dragoman mentors lead them to find. They discover ancient civilizations, new, undiscovered places, and have adventures that can be deadly. Seth is still trying to find a way back to his home and life with his wife of seven hours, Caroline. Separated by a severe earthquake and transported to a world of unbelievable things and people in the giant city known as Garganthera, in 1500 BC at Barriers Edge, he had no choice but to go along with this way of life. As Seth and his fellow travelers walk the earth and realms through other dimensions and planes, they must battle demons to accomplish their missions.While living and learning this new way of life, he secretly hopes of learning how to find a way to get back to Caroline. Seth learns things about himself, and how to trust others. He must learn to fight with weapons, and how to take on more than one person or demon at a time. He also learns to be careful what he says because demons use his spoken words to torment and trick him. He must learn to trust his new friends in ways he has never trusted anyone before. The story also follows the lives of the other characters and their POVs. Also transported by the earthquake of 1906, unknown to Seth, Caroline finds herself in 1580, Dover, England, tended to by an orphaned sixteen year old girl.

S G Boudreaux, born Shawna Gaile Blake (1970) in West Virginia, is a stay at home mom who homeschools her children with two now graduated. She enjoys music and plays drums in a ladies music group called By His Design. She and her husband of over twenty years live in the country in Louisiana, along with their youngest child, two dogs, one cat, and family members close by and very far away. She is the youngest of seven children. Five older sisters and one older brother. The Peregrination Series was began in the fall of 2017 after God's leading for her to write this series in the summer of 2017. The first four books have been completed and she is currently working on book five in the series. Book 5: The Final Battle; Battle of the Beasts should be released in the Fall of 2020. You can find out more about her Blog, her books, and current events at www.sgboudreaux.com

Seth is overjoyed to begin life with his new bride Caroline until they are swallowed by an earthquake. Seth survives only to find himself separated from the love of his life. Seth is rescued in falling through a portal to become a time traveler for God. While he helps complete missions he longs to reunite with Caroline.

The development pitch section largely focuses on Caroline's story, however Seth is the protagonist and Caroline seems to be the protagonist is Book 2 rather than Book 1. By focusing the section on Book 1 rather than the series, the section will better match the story and the rest of the profile. Although the preview of Book 2 is a great cliffhanger for the sequel in comparison to Book 1's goal of Seth, having the preview as part of the pitch is not reflective of the majority of the story.

The tension of the characters' lives about to be changed by the historical 1906 San Fransisco earthquake is palpable and then the resolution that Seth ends up as a time traveler for God is an unexpected twist.

Much of the male interactions with females are romantic in nature. They do not tend to interact with women unless it is women they are secretly interested in or it is part of the mission. The women are always described respectfully, but given in depth physical descriptions and outfits that do not affect the plot and the male characters are not given. By allowing the women's characters to be shown rather than interpreted by the men and equally representing their appearances only when needed, the women will feel more three dimensional and less dependent on men.

The hook is that Seth falls into an opening from the earthquake and is transported into a time traveling portal rather than dying. The added notion that he is able to go wherever and whenever he wants with this new ability but can't find his wife is another intriguing conflict.

This could have a fanbase of people who enjoy Christian movies and fantasy. It is a smaller but loyal audience.

This might have awards potential in the Christian market, but the religious overtones would likely disqualify it from major awards consideration along with being part of the science fiction and fantasy genre.

The concept of peregrination and the use of world building in biblical time travel are unique. Creating room for character development and emotional growth along with a flashy concept will help make the story emotionally memorable.

Seth is very methodical and upstanding and he is thrust into an unstable lifestyle against his will. His ability to adapt to the unusual circumstances shows he is very open minded. He is the definition of a self-made man which makes him at home in himself wherever he goes.

The emotional investment can be improved through variations in character dynamics and greater character development in terms of inner conflicts. The external conflict is well established, but aside from hoping for love, the characters have next to no personal goals.

The differing parallel situations between Caroline and Seth while unknown to each others' characters are a good source of tension that is separated into two books. Knowledge of this as an audience early in the transition of the earthquake would add an emotional stake that is lacking in the time travel element as there would always be a real chance the couple could reunite.