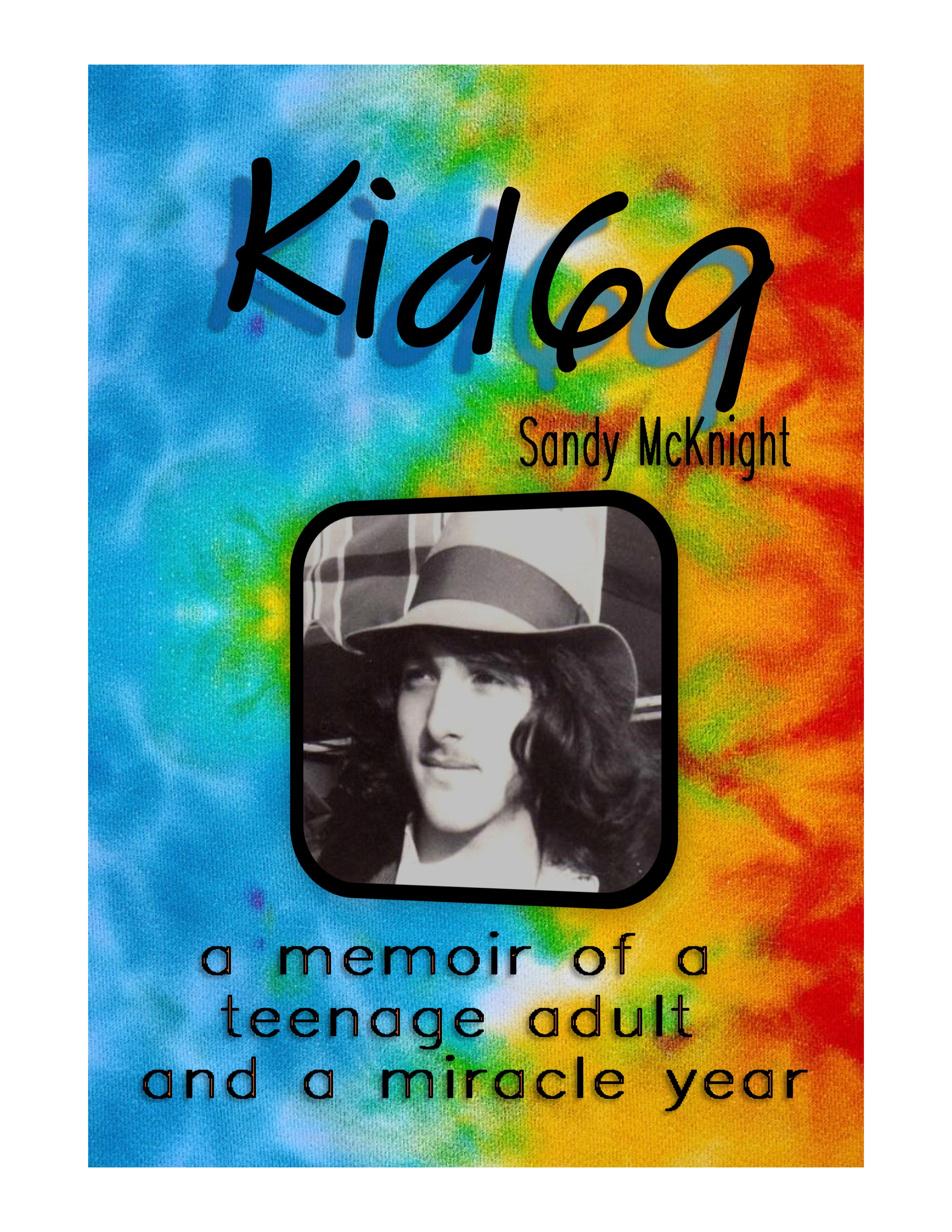 Coming of age is hard enough in normal times, but in 1969, for a kid from Brooklyn with a thirst for adventure, it was a scary, exciting and confusing year. Against a backdrop of societal chaos, how's a 15-year-old kid supposed to figure it all out?

Sandy gets kicked out of high school at 15, and has to figure out what's next. He finds a job, and learns of a sublet apartment he can afford, in the tumultuous East Village, summer of '69. There, he is inundated with choices most 15-year-olds wouldn't be able to make.


After Woodstock, Sandy experiences a let down upon returning to real life. The 'Woodstock Nation' never materializes, and instead the youth movement is co-opted, killed off, or arrested. In the aftermath of Manson, Altamont and Nixon, Sandy must now learn to survive the 70s...and beyond.

"Kid69" is the story of a 15-year-old boy who hungers for adulthood - not in order to have more control of his own life, but to change the world. The first obstacle he needs to overcome is to escape the prison he's in: school. He feels he's being indoctrinated into accepting society's norms, whereas he sees these norms as the very reason the world is a mess. And so each day in school is a step closer to losing his soul. Sandy can't contain his creative need to shake things up, and predictably, he ends up being thrown out of school- not for academic reasons, but because he refuses to accept the status quo. His parents are permissive to the point of being absent, and so Sandy is left to his own devices. Which is fine with him; at last, he'll be able to have the adventures he longs for. The dilemma is that he is 15, and all that comes with it. The idealism, the confusion, the lack of judgment, all conspiring to derail his best efforts to make revolution. There is a universality to these yearnings among the young of all eras, but it's rare that kids get to act on it. 50 years ago, society itself was coming of age, learning to recognize its failings and beginning to address them. In that process, many kids fell through the cracks, as they were thought to be of no use to the establishment: the capitalist war machine. And so, in this unique period in history, the story of this 'rebel with a cause' is one that would not be able to be told in any context other than 1969.

Sandy McKnight has been a successful writer, musician, songwriter, playwright, and producer in a career spanning 50 years. He's written for TV, live sketch comedy, and musical theater. Sandy is also a successful songwriter/producer/performer, with over 300 recordings of his work. His songs can be heard in movies and TV shows, as well as in concert venues.