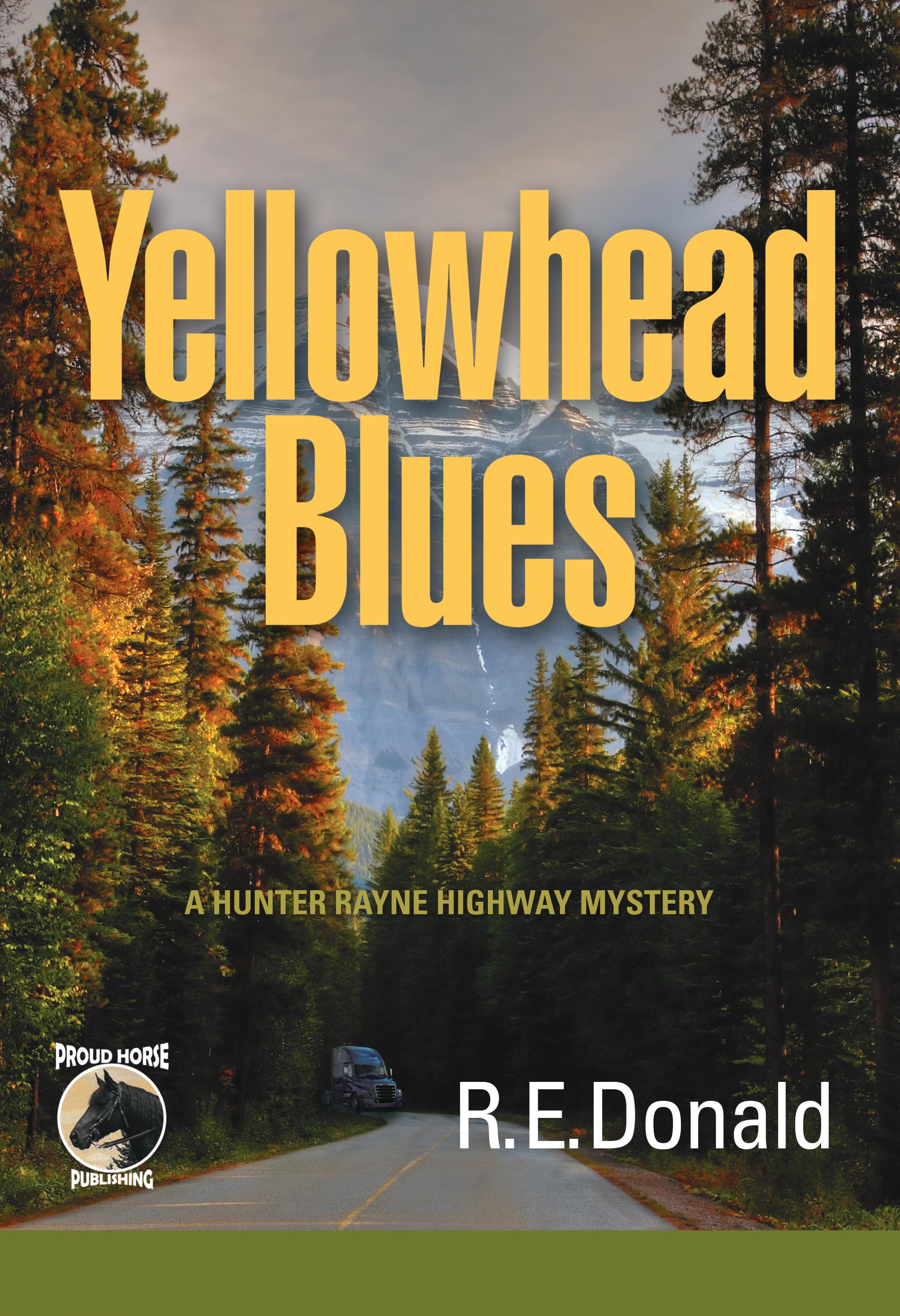 A former homicide investigator turned long-haul trucker becomes involved in investigating the death of a wealthy ranch owner in order to clear the good-natured French-Canadian cowboy charged with the murder. He is helped by a rookie female cop who befriends the victim's troubled young fiancé.

A frightened horse with a bloody saddle is running loose on the Yellowhead Highway. Former RCMP detective Hunter is flagged down in his eighteen-wheeler to help find its missing rider. That leads Hunter and a good-natured French Canadian cowboy into a complicated murder mystery.


On a dark and almost deserted highway, Hunter and the rookie cop intercept the murderer in the process of fleeing the country in the company of an unwitting accomplice. Hunter is able to return the cowboy's beloved cattle dog to his master.

Yellowhead Blues is the latest in a mystery series featuring a former homicide investigator who resigned from the RCMP after finding his friend, a fellow cop, dead by suicide. He takes to the road as a long-haul trucker, finding the long hours of solitude therapeutic. Hunter gets drawn into murder investigations up and down the west coast, from SoCal to Alaska. His sometime co-driver is a boisterous outlaw biker from Yreka, Ca. His boss is a cranky dispatcher nicknamed Big Mother Trucker who likes to help him out. All characters are realistic and sympathetically portrayed. The stories are told in easily visualized scenes that would make them easy to adapt for film. Yellowhead Blues features a darkly attractive brother and sister from Houston, Texas. The brother took a job on a cattle ranch just west of the Rockies, belonging to a wealthy Alberta oil executive. His sister has grown up in foster care, leaving her troubled and vulnerable. When the rancher makes her his "Pretty Woman" project and plans to marry her, the brother sees an opportunity to get rich off the ranch until the rancher's death spoils his plans. Hunter is helped investigate by a rookie female RCMP constable. She finds life in a small Rocky Mountain town very different from Montreal where she grew up, and as a lesbian, is frustrated by the lack of anonymity. She finds herself falling for the grieving young fiance and becomes suspicious of the girl's abusive brother. And the jailed cowboy misses his dog.

R.E. Donald is the author of the Hunter Rayne Highway Mysteries series. Ruth worked in the transportation industry in various capacities for 25 years and draws on her experience in creating the realistic characters and situations in her novels. Ruth attended the University of British Columbia in Vancouver, B.C., where she studied languages and creative writing to obtain a Bachelor of Arts degree. She currently lives on a ranch in the South Cariboo region of B.C., where she and her partner, Gilbert Roy, enjoy their Canadian Horses (Le Cheval Canadien) and other animals.