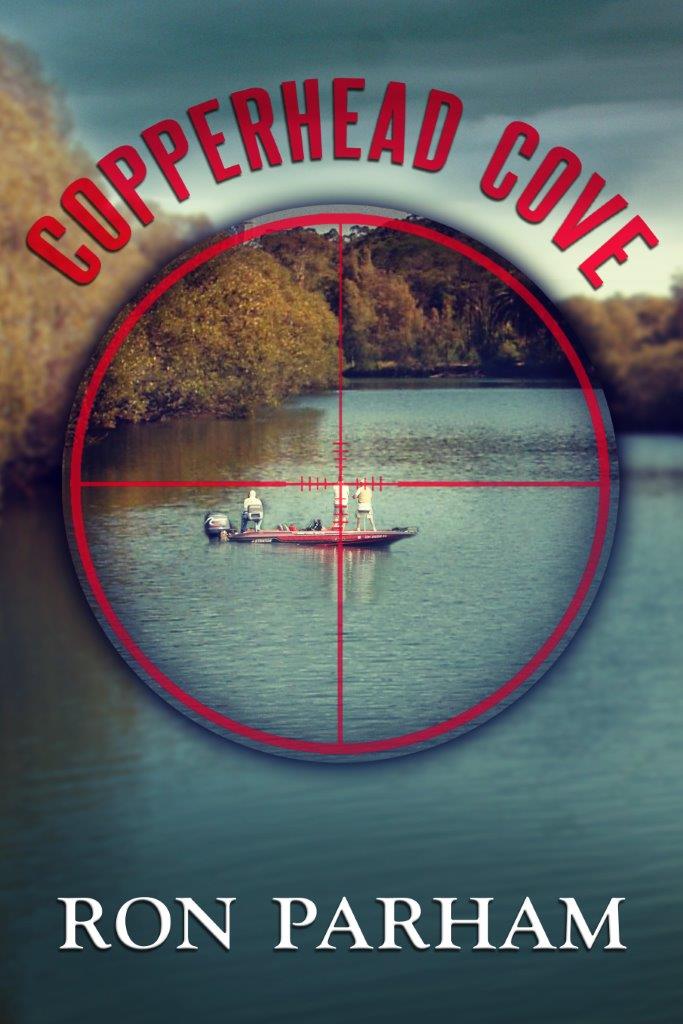 On the idyllic Quail Hollow Lake in southwest Kentucky, a fishing guide and two famous college basketball coaches are ambushed by a hit man from the Chicago mob. The coaches are killed but the fishing guide survives, beginning a thrilling chase that includes more hit men, poisonous snakes, and FBI.

Anthony “Two Toes” Tonelli, Capo di Capo of the Chicago Southside mob, has lost a million bucks on a college basketball game that was supposed to be fixed. He sends a grizzled hit man and his son-in-law to southern Kentucky to whack to the two famous basketball coaches who are on a fishing trip.


Chaos ensues as the fishing guide, his brother, two mob hit-men and poisonous snakes all converge on the quiet, idyllic Copperhead Cove, where two famous college basketball coaches were killed two days before. Bullets fly, snakes strike, and men die, both the innocent and guilty.

Copperhead Cove is a story of retribution, death, and survival set against an idyllic lake in southwest Kentucky. A good-old-boy fishing guide and two famous college basketball coaches are ambushed on Copperhead Cove by a mob hit man, with chaotic consequences. The story is impossible to put down and includes twists and turns that no one sees coming. Colorful characters, both mobsters and local Kentucky hillbillies, provide plenty of humor, action, pathos and plenty of laughs. Poisonous snakes play a key role in the story from beginning to end, and the local sheriff and the FBI get involved at the end. One comment consistent in my book reviews was "this should be a movie!" It is written somewhat like a screenplay, with lots of dialogue, action, humor, thrills and, alas, a happy ending. There is rough language, but I had to be true to the mobsters, who don't talk like choirboys. The interaction between the mobsters is hilarious, as is the interaction with the local Kentucky hillbillies. The movie audience will laugh, scream, cheer and sigh - guaranteed.

Author bio Ron Parham writes thrillers about ordinary people caught up in extraordinary circumstances. He has four (4) thrillers available on Amazon.com and other sites. He began writing the day after he retired from the high tech industry in 2011, and is now working on his fifth thriller, a sequel to his very popular Copperhead Cove. The common reaction to Ron’s thrillers are “I couldn’t put it down”, and “it had so many twists and surprises”, and “he has well-developed characters and writes with a dry wit and sense of humor”. Ron lives and writes in the Puget Sound area of northwest Washington, where he lives with his son and daughter-in-law and grandchild, Maverik. You can find out more information and sign up for his monthly newsletter at www.ronparham.com.