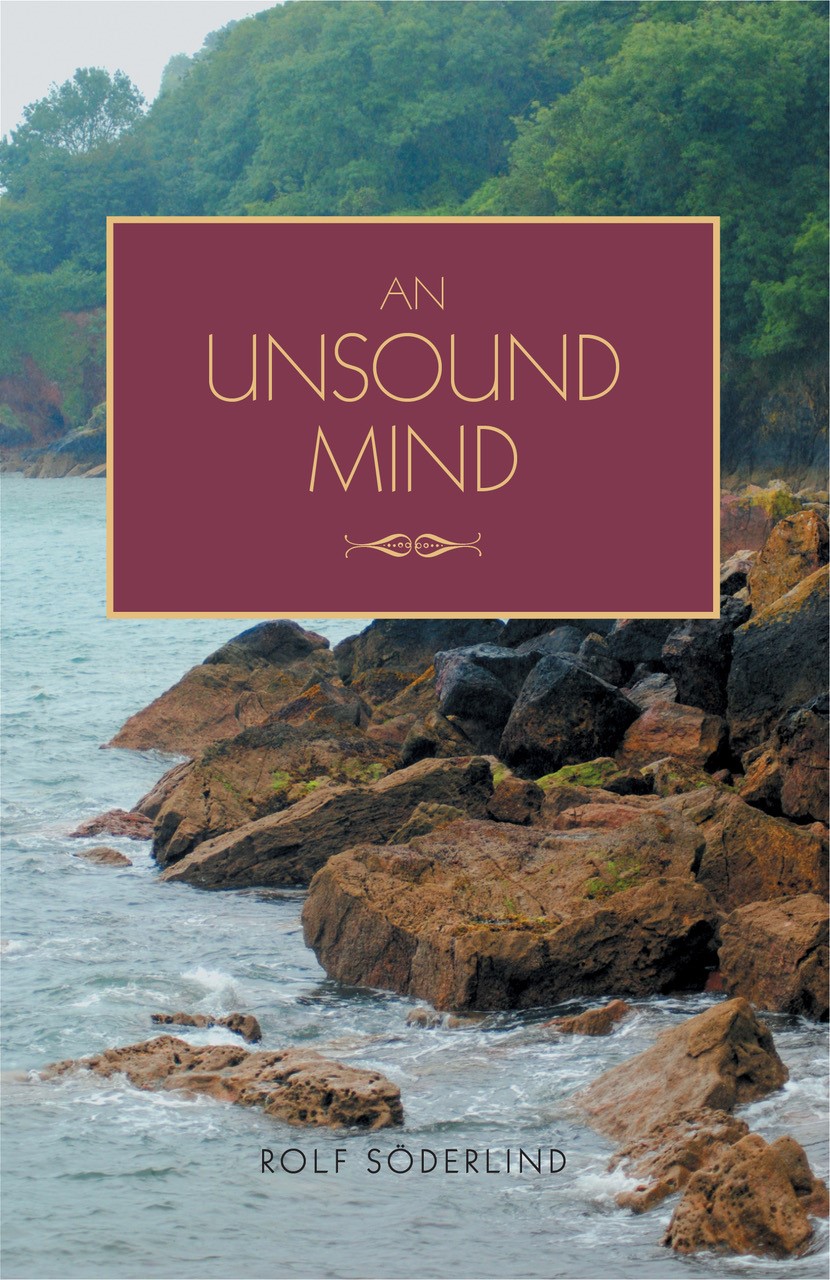 This novella is loosely based on a tragedy that took place in 1933 in the very house where the author now lives. A Scottish girl seeks employment as a house parlour maid in Devon, England where she finds herself under scrutiny and suspicion.

There is a conflict between the mistress, Mrs Clifford, and Mairi the maid. A £1 note is missing and Mrs Clifford mistakenly accuses Mairi of theft. The girl, depressed, kills herself, but her spirit haunts the woman and the Cliffords move out.


Mrs Clifford, seeking redemption, spends the rest of her life as a charity worker and the Cliffords invest £25,000 in a charity providing education to young women in service.

Name: Amanda is the cook in the house and Mairi's confidant.

A Swedish national, Rolf Soderlind reported news from about 20 countries on four continents as a foreign correspondent for Reuters and the Associated Press. He later worked as an English-language teacher, training business people in Europe and the United States to write better corporate English. Rolf, who lives in Torquay, Devon, nowadays writes fiction. Two.books of his are available on amazon.com, including a Nordic noir novel called Kajsa's Last Bullet, which is about Sweden's refugee crisis, and An Unsound Mind, a novella that is based on a tragedy that took place in his home in Torquay in 1933. Rolf has turned the novella into a screen play that is listed on Taleflick. In addition, he recently finished The Lip Reader, a historical novel about a fictitious plot to kill Queen Victoria at the Great Exhibition in London in 1851 for which he is now seeking a publisher.

Mairi, a young Scottish girl, moves to England to escape from her authoritarian mother and work as a house parlormaid at the Clifford family residence. There she meets the jealous Mrs. Clifford, who mistreats the girl for seeing her husband's lustful eyes on her. Trying to destabilize the girl and force her to leave the house, Mrs. Clifford invents that Mairi stole money from her. The girl, already tired of constant bullying, commits suicide, changing the course of the whole family.

Yes, it seems accurate, but the author could include information in the development pitch section to complete the profile.

The author creates a universe that shows in advance that something bad will happen, delivering suspense that permeates the entire book. The young and ordinary life of Mairi, who makes new friends and dreams of getting married, is also an attraction in itself.

The lack of conflict is somewhat frustrating. Mairi seems to overreact to what happens in her life. Mrs. Clifford is an annoying boss, but Mairi's sequence of actions and scenes of suffering does not seem to match the girl's tragic ending. Mairi's character would need an internal conflict progression treatment so that we could actually understand what she was going through and support her more. She felt humiliated and mistreated, but suicide seems to come out of nowhere, and for the reason that doesn't seem strong enough. A more precise progression of internal conflicts and affliction could solve it.

The hook is the dream of freedom endeavored by this girl who fights for a better life but ends up being tormented by two women, her mother, and Mrs. Clifford. Also, this girl's youthful urge to live life, be independent, find love, and be happy is touching and beautiful.

The story would need to go through some additions to reach a wider audience. Suppose the sequence of Mairi's death and the torments that her soul would cause in that family were inserted earlier in the narrative. In that case, the story could take on a more exciting tone, in a mixture of thriller and period drama that could reach more people.

If Mairi's internal conflicts - humiliated by her own mother and bullied by the new employer - were intensified on a more psychological and dramatic level, the story could gain more potential for awards. Besides, the story could grow more like a thriller - making use of the obscure setting the author gives to the residence - and serve as a mental suspense that would lead Mairi to her tragic ending.

THE HAUNTING OF BLY MANOR: A YOUNG GIRL STARTS WORKING IN A MANSION AND DISCOVERS THE FAMILY'S SECRETS. THE HOUSEMAID (KOREAN MOVIE): A GIRL IS EMPLOYED AT THE RESIDENCE OF A WEALTHY COUPLE AND ENDS UP BEING SEDUCED BY THE HOUSE OWNER

The story is not necessarily unique. It's a story of abuse on the employer's part, which ends up leading the housekeeper to commit suicide. However, Mairi's mother's plot could be further explored, showing how this unhealthy relationship affected the girl psychologically, giving the story a fresher air.

Mairi is a girl full of dreams, ordinary, like any other of her age. She dreams of becoming wealthy, of finding a boyfriend, of earning her own money. It makes her an even more complex character. However, her narrative arc demands more development. She could experience her emotions more intensely, so we could follow this arc that would lead her to death more organically.

It is not a rare gem. Bringing the suicide plot earlier into the narrative and better mixing suspense with the period drama would give a more thought-provoking look to the story and create the possibility for a film series.

The character commits suicide in the end after suffering a series of bad events. However, we do not see Mairi's internal conflicts growing. The narrative does not give us these insights into what is actually going on in Mairi's heart. We know about her unhealthy relationship with her mother, but we don't see how much it affects Mairi. The narrative could gradually reveal this mind and heart affected by a rough and distant mother. We understand that Mairi looked for this job in England because she wanted to be away from her mother, but this story is not recovered afterward. There is a scene in which Mairi has a nightmare, and it would be exciting if these types of scenes - which show the girl's mental confusion - could be more constant. Mrs. Clifford's actions are harmful, but they could be even worse. Mrs. Clifford is a bitter woman who feels jealous of her husband. This is a potent source of conflict for the protagonist, but the subplots don't really seem to get anywhere. Many subplots involving the protagonist become loose, with no deeper or a sufficient resolution. First of all, the mother's plot, which appears at the beginning and then does not resume later. Then, the sexual interest Mr. Clifford directs toward Mairi. He finds her attractive, he is somewhat flirtatious, and the girl even imagines a life with a rich man, but nothing ever happens, not even a moment between them or something that could make Mrs. Clifford angry or Mairi confused. Mairi falls in love with a boy, but the story doesn't go far either. Mrs. Clifford is a bad woman, but her badness is limited to making fun of Mairi's poverty and lack of manners, arguing because Mairi took a book from her library and complained about her services. All of these actions are fine, but they could be further developed to make the plot more fierce, sharper, more powerful. The scenes in which Mairi goes out with her friend Amanda are delightful. They bring an air of relief to the residence's disturbing environment, thus making the scenes inside the house more vivid. The suicide scene takes us by surprise, but in this case, it is not a positive plot twist. If the narrative showed us step by step this growing Mairi's dissatisfaction in a more visible, forceful way, the scene would not be a surprise but the breathtaking result of a sequence full of suspense. If the author introduced suicide earlier, the story could have an exciting genre twist in its second part. From a period drama, with psychological suspense, to a terror full of guilt and affliction in a house haunted by the soul of young Mairi. The haunting thriller appears only at the very end and loses its potency as a result. When we are surprised by the house haunted by Mairi's fate, the story skips a few years and ends. The author has good elements to work with, mainly because he is the new resident of the house in question, and he bases part of the story on real events. However, the most fictional part could be intensified dramatically to become more attractive.