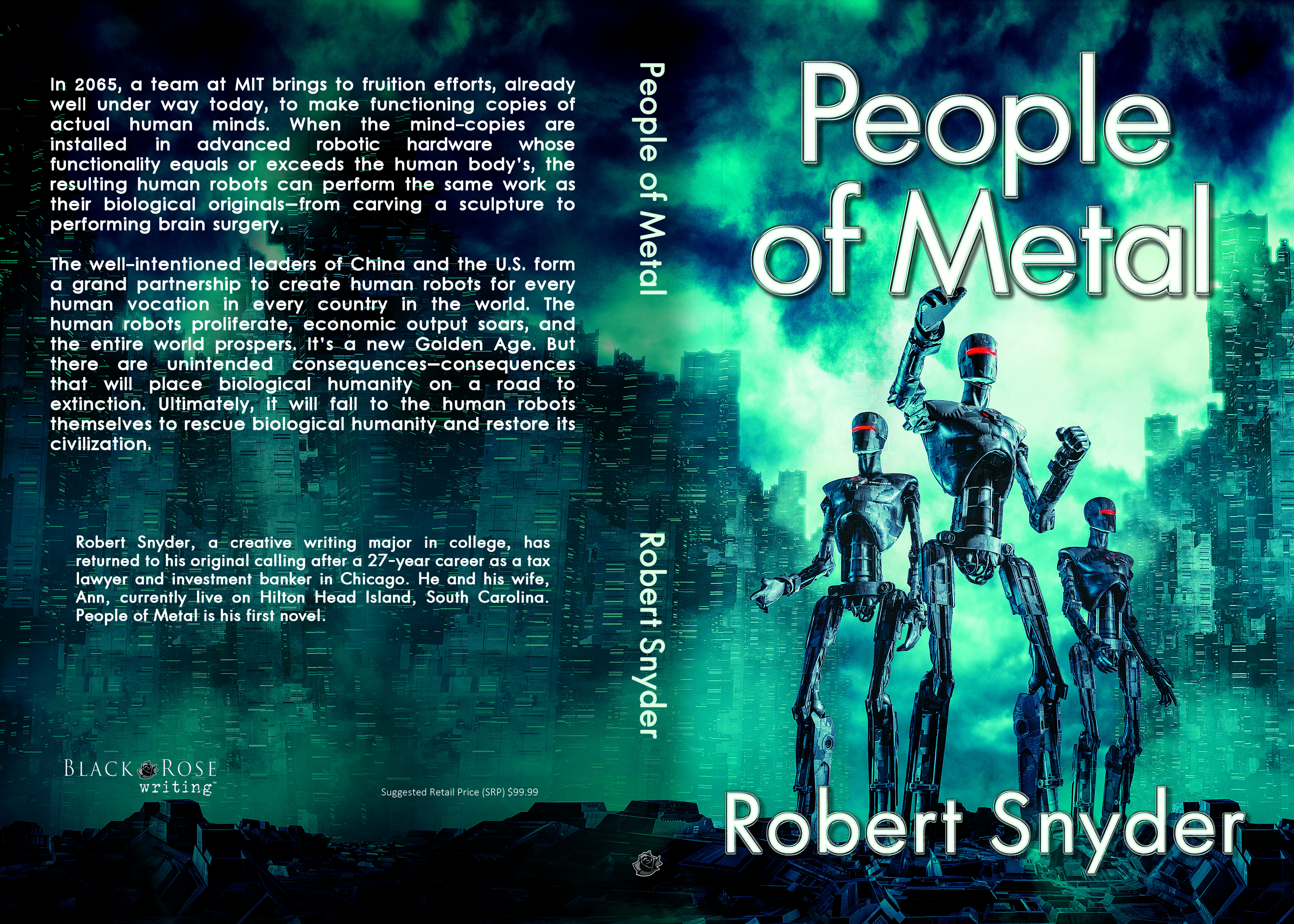 In 2065, scientists succeed in making functioning digital copies of the minds of human workers. The mind-copies are installed in advanced robotic bodies and begin to displace human workers, The world prospers, but despair and mass suicide follow as humans are left with nothing they need to do.

In 2014, a Canadian teenager who likes to spend Saturday mornings watching cartoons and flipping through one of his mum's magazines, picks up the March 16, 2014 issue of Popular Science and reads an article about a dutch scientist who wants to upload human minds to computers. He's hooked.


A remnant of humanity in Africa survived the "Malaise" that had taken the lives of humans everywhere else. People of metal rescued them and spent centuries helping them rebuild their civilization. Their next project: colonies on other planets to assure humanity's ultimate survival..

Name: Bonnie Holyfield, a person of metal with the mind of a former US president

Name: Cheng Woon, a person of metal with the mind of a Chinese head of state

The premise of People of Metal is timely, the issues it examines are profound. and it has the potential to be hugely entertaining as a film or a series. The "people of metal" aren't mere robots like their sci-fic predecessors. They're independent, thinking beings who consider themselves fully human. The main characters have custom bodies with "vanity heads" that are the image of their biological originals. They're real people. Keisha Dixon, for example, is a gifted writer, and Bill Weinberg is a curmudgeon.They form a diverse cast of characters who embark together on an epic journey that begins with the rescue of people in Africa who survived the "Malaise" and are held as slaves by brutal Russian overlords. One of the former slaves, Akina Bello, emerges as a leader in one of the settlements that the people of metal establish for the former slaves. She serves as mayor of the settlement as its people make their first laws and build their local economy. To avoid a repeat of the events of the "Malaise," people of metal do none of the actual work.They're advisors and teachers. It's the Africans who, in the centuries that follow, rebuild their world and in so doing, preserve the culture, values, science and technology that are their legacy as the last surviving humans.

See back cover for my bio.