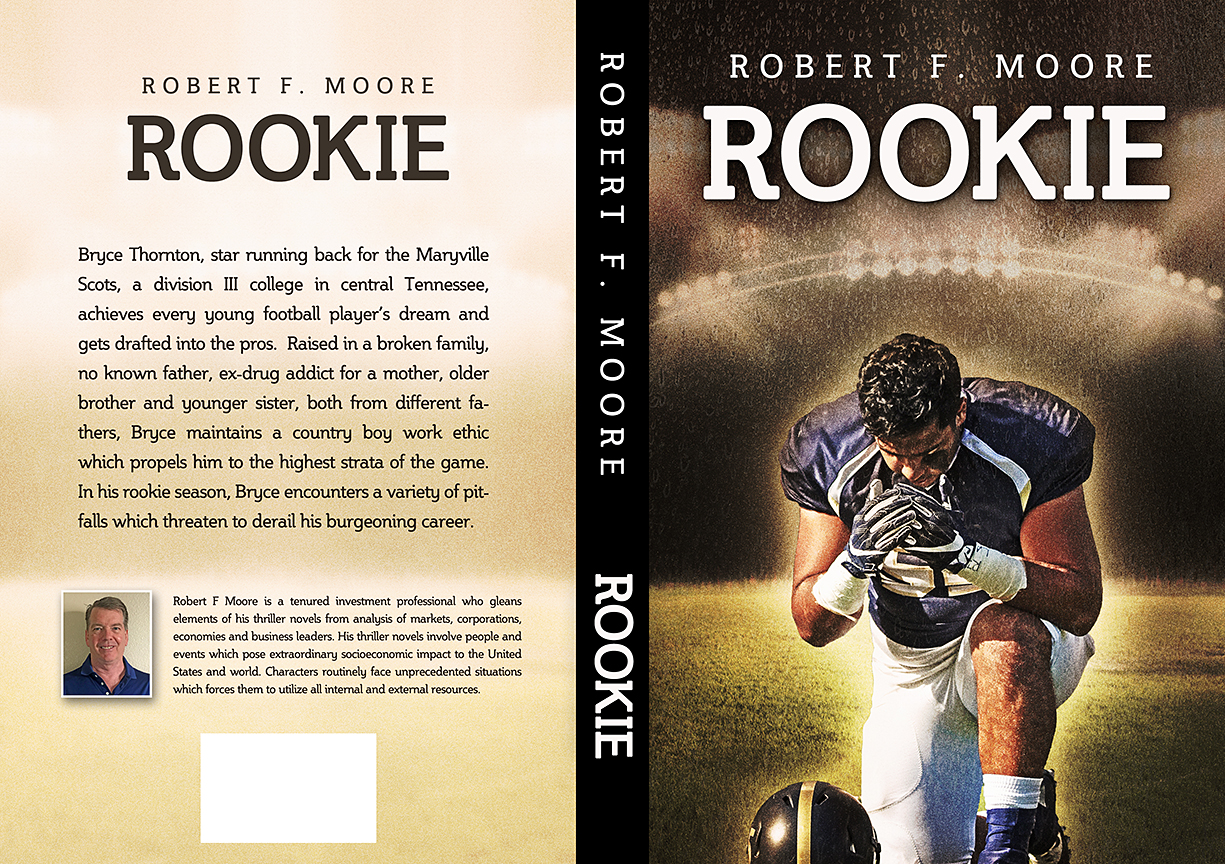 Bryce Thornton, star running back for the Maryville Scots, a division III college in central Tennessee, achieves every young football player’s dream and gets drafted into the pros. Raised in a broken family, no known father, ex-drug addict for a mother, older brother and younger sister, both from di

Bryce Thornton comes from a fatherless home with a recovering mother as his only guardian. In his college football days playing for a division III school, Bryce shatters many records in his senior year and is drafted to play professionally. Bryce discovers his burgeoning career may be thrown off


As Bryce grapples with how to extricate himself from the gambling predicament, he leans on Emma for help. Together they devise a strategy in which to trap the syndicate which is forcing Bryce to throw games. Bryce focuses on ways to keep his family safe from the threats of his sports agent.

Bryce Thornton, star running back for the Maryville Scots, a division III college in central Tennessee, achieves every young football player’s dream and gets drafted into the pros. Raised in a broken family, no known father, ex-drug addict for a mother, older brother and younger sister, both from different fathers, Bryce maintains a country boy work ethic which propels him to the highest strata of the game. In his rookie season, Bryce encounters a variety of pitfalls which threaten to derail his burgeoning career. As a latecomer to the game, Bryce excels in college once his muscular frame develops. In his junior and senior year, national scouts recognize his prolific rushing based on bawdy yardage statistics. Upon conclusion of Bryce’s last collegiate football game, one in which the Scots win the championship, Bryce has little time to celebrate when he learns at a team party that his mother has been involved in an auto accident. Bryce and Emma, his high school sweetheart, rush to the hospital. Worried that his mom has slipped during her recovery, Bryce meets her savior, Lance, a sports agent who rescued her from the wreckage. Lance Mulholland, a New York sports agent with the Excalibur Agency, offers support and guidance for Bryce as he enters the professional football draft. Bryce is introduced to a world unlike any he’s ever known. First step, Bryce is invited to a regional combine to gauge performance against other athletes. Bryce’s stellar performance eclipses

Robert F Moore is a tenured investment professional who gleans elements of his thriller novels from analysis of markets, corporations, economies and business leaders. His thriller novels involve people and events which pose extraordinary socioeconomic impact to the United States and world. Characters routinely face unprecedented situations which forces them to utilize all internal and external resources.