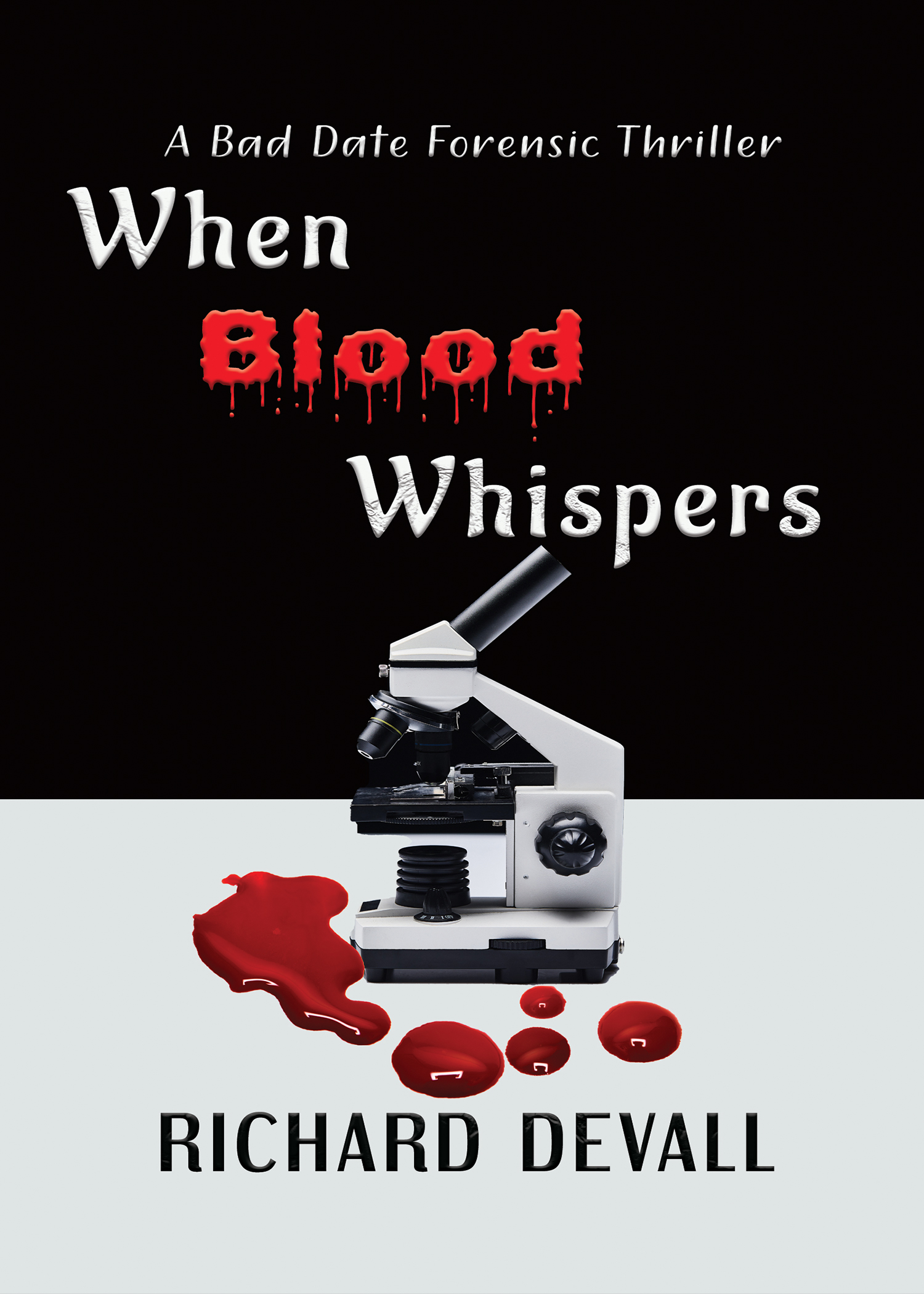 During the first date from an online dating site, Wendy becomes uncomfortable and ends the date. Steven tells her this is not over. From that point on Steven, an IT guy begins messing with Wendy and her family. Her brother in laws new girlfriend is kidnapped. It's up to Wendy, her sister and mother.

Wendy is uncomfortable with Steven on their first date from an online dating site. He tells her it's not over when she leaves. He sends unwanted emails, and her brother-in-law warns him off. The cops arrest the brother in law because he's filmed threatening Steven and theirs a copious spill of blood


Wendy, and her sister, track down Steven as he's about to kill Veronica and they save her, Steven gets away and is never found. The book ends on a high note, Wendy gets back with her old boyfriend, her sister dates the IT guy they hired. Her mother dates the detective.

A fast-paced super-charged thriller with a roller-coaster twist and turns - sprinkled with sarcastic banter, nail-biting suspense - a feel-good ending - and a brief glimpse into the bad guy's life because he gets away, - in the United States there are 2000 serial killers at any given time and a quarter of 1 million unsolved murders in the US. We geet a peek into the back of his sock drawer where there's a brooch as a trophy and it will soon have company.

Richard DeVall is the author of 10 books Old Letters & New Demons, Pablo's Apprentice, Barefoot Under the Moon, They Came From UP, The Hypnotist's Assistant, The Sacking of Triolux North, A Snak Among Flowers, Strange Bedfellows in Hot Buildings, A Coincidental Glitch, When Blood Whispers

Wendy goes on a date with a guy she met through a dating app. The boy begins to act strangely, and Wendy, uncomfortable, decides to leave. The boy says that it is not over yet and begins to stalk and criminally act against Wendy and her family.

It looks accurate, but the author could include Wendy's mother and sister's names in the character description.

The book already begins on Wendy and Steve's date, and little by little, the writer reveals the boy's eccentricity. The inciting incident also appears in the first pages, which draws us into the story instantly.

Subplots are always tricky to handle. The three women's parallel stories are relevant because they are solid characters who deal directly with challenging circumstances concerning men. However, I think the story would get a much more "badass" visual if these women wouldn't have to end the book with new partners. Women can live affairs too, but having the three of them getting involved emotionally with men during the criminal investigation sounds like this is the only happy ending possible for them.

Women who are stalked and threatened by men are a subject of worldwide relevance. The film accurately shows that the woman becomes an instant victim when crossing a criminal path. The realistic look of the book - and the relevant subject - is the hook.

It could have if the narrative focused more on the central plot of stalker and investigation than on the subplots of love relationships. These women are very strong, and they can feel sexually attracted by men on their journey. It sounds genuine. However, the three of them beginning love stories simultaneously, after the trauma that the whole family has experienced, sounds unnecessary.

Suppose the narrative chooses the route of internal conflicts, the victim's drama that needs to act fast to stay alive, the existential crisis and guilt that many women feel when meeting these strangers via dating apps. In this case, the story could indeed have potential awards. This chance diminishes if the narrative choice is of action and investigation purely.

YOU: A STALKER IS CAPABLE OF MANY CREEPY ACTIONS TO STAY CLOSE TO THE GIRL HE LIKES. UNFRIENDED: THE VIDEO OF AN ADOLESCENT PASSED OUT AT A PARTY STARTS SPREADING ON THE INTERNET. THIS SITUATION LEAVES THE INTERNET AND GAINS REAL LIFE WHEN THE YOUNG WOMAN COMMITS SUICIDE, AND HER FRIENDS BEGIN TO RECEIVE THREATS.

The story's point of view is that of the victim of the stalker, and while the story progresses, she ends up becoming a stalker too, chasing him to end the threats. This exchange of roles is quite exciting and makes the film more original.

Having three diverse and powerful women as protagonists in an investigation against a cold criminal makes the casting more attractive. The current films call for these strong female personalities who do everything they can for their personal and family well-being. Their relationship is also enjoyable.

It is not a rare gem, but a film with a relevant theme, which keeps the suspense and interesting characters.

The story, although previously explored, efficiently pushes the antagonist's obsession to the limit. It all starts on a date that seems ordinary, embarrassing, but ordinary. Soon, Wendy notices some violent nuances in Steven's lines and prefers to end the date there. The use of this dating app gives a more contemporary and attractive look to this blind date. Steven's obsession seems at first ego damaged by being rejected, but we soon realize that he saves no effort to see Wendy suffer. What does he want? Probably Wendy, but above her as a woman, Steven seems to be seeking another female victim. We enter the story right away, identify the inciting incident, and what makes these three ordinary women leave their comfort zones to face a likely killer. This call to adventure seems credible because Steven begins to mess with Wendy's nephew, and the women in the family find themselves with no other option but to act. The story features some slightly problematic subplots, such as Wendy's sister, abandoned by her husband because he fell in love with his secretary. These subplots intensify the whole family's internal conflicts, but at the same time, they are not relevant to the story. The secretary herself ends up being kidnapped by the antagonist, and it does not bring high stakes. The husband of Wendy's sister is directly hit when his lover is abducted, but the protagonists wouldn't feel much (remember, this abducted girl is the husband's new girlfriend, and bravely saving her doesn't make much sense), so this narrative route ends up losing strength. Some lines are a little problematic. Having women underestimating overweight bodies and suggesting that the secretary's black color attracted the husband could be badly received by the audience. Cutting these lines would not affect the narrative and could avoid this. The film begins with Wendy getting in trouble because of a dating app. By the end of the story, these three empowered women end up starting new romantic relationships. Not that it's wrong, but it sounds awkward for the circumstances. The three of them just had a traumatic episode involving the family and showed that they can do everything by themselves throughout the plot. As I said, it's not wrong, but it seems like the wrong choice for this plot and characters. If Wendy returns to her ex, but her sister ends up empowered, single, and happy, the story could convey the idea that love is not the only happy ending for them.