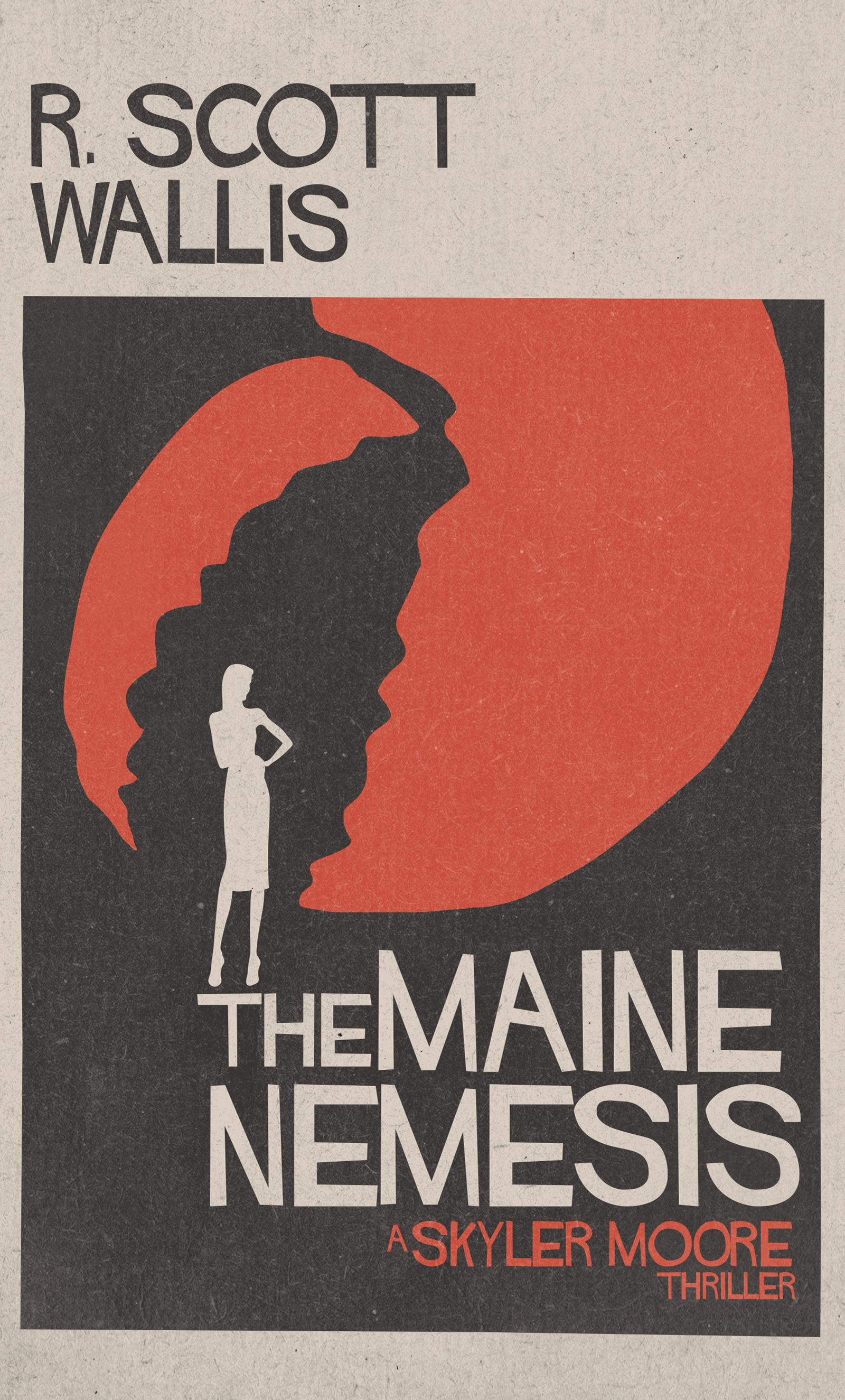 When P.R. hotshot Skyler Moore decides to spend the summer at her seaside cottage in Wabanaki, Maine, with her best friend—celebrity chef Brenda Braxton—and they have no idea murder will be on the menu. But women are turning up dead in the once sleepy village where nothing ever happens.

When a good friend's wife is murdered in the opening scene, it's up to lifelong best friends--Skyler and Brenda--and their quirky friends to help right the wrongs in their once-sleepy coastal Maine town where nothing ever happens.


After quite an adventure, and a slew of interesting characters and twists and turns come into play, Skyler helps to tie up loose ends, identifies who was responsible for the murder, and takes off in the sunset with a new love interest.

I see book one of the Skyler Moore Thriller series, THE MAINE NEMESIS, as either a feature film that tells the entire story at once, or, better yet, as a limited series where each season is a new book. I've published the first four books--THE NEW MEXICO SCOUNDREL, THE NEVADA SABOTEUR, and THE ALASKA SCALAWAG are also out now--with a fifth coming in November 2020. I like this recent review: "Reminiscent of Sophie Littlefield's "Bad Day" series and Carl Hiaasen's work, The Maine Nemesis blends humor and crime into a solid thriller. Wallis has created some memorable characters, from the Ina Garten-hating celebrity chef to the Gaga-inspired, down-to-earth Vegas headliner, and they seem right at home in the book's whack-a-doo world. A fun read. —Collin Parker, ReelRundown movie reviewer and novelist Fiercely independent, insatiably curious, and always up for an adventure, public relations hotshot Skyler Moore is a hero for our time. She's decidedly not a sleuth by trade, but mayhem often comes knocking as she and her friends visit the small towns and big cities of America. In THE MAINE NEMESIS, Skyler decides to spend the summer at her seaside cottage in Wabanaki, Maine, with her best friend—celebrity chef Brenda Braxton—and they have no idea that murder will be on the menu. But women are turning up dead in the once sleepy village where nothing ever happens. With the rinky-dink police force overwhelmed, Skyler and her friends feel compelled to lend a hand.

R. Scott Wallis is a writer and podcaster based in Las Vegas, Nevada. Scott is endlessly inspired by his surroundings and adventures. And he thrives on new chapters and creating unique projects to keep himself out of trouble. Scott started his working life as an advance person and assistant to a sitting United States Vice President. Later, he served as the creative director for a leading Washington think tank. That led to working directly for one of the richest men on Earth, conceiving and executing exclusive events for his billionaire friends. Tired of working for the man, Scott became a top-rated pop-culture podcaster and celebrity interviewer, while also dabbling in both the worlds of clothing manufacturing (creating his own baby clothes brand that was sold in over 300 stores nationwide) and retail sales, with his own well-received men's clothing store. A wide-eyed world traveler, Scott has been to four continents, mostly by sea. While he loves exploring Europe and the Caribbean islands, it's the vast United States that he likes best. He's been to Alaska four times, Hawaii twice, and can't wait to explore the eight states he hasn't been to yet. Technically a Connecticut Yankee, Scott grew up in historic Williamsburg, Virginia, and lived for 25 years in the Washington, D.C. area, before recently discovering that the American West is where he is most at home. He lives in Las Vegas, Nevada.